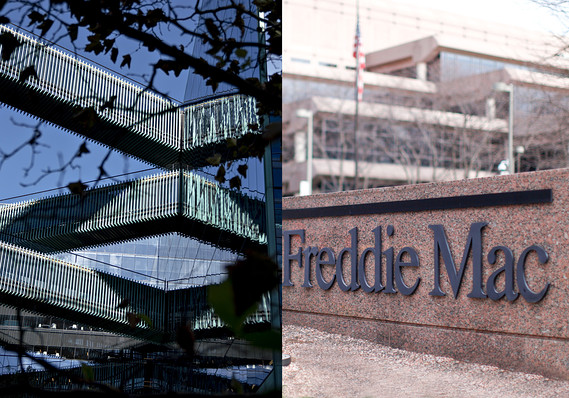 Height Analytics on Friday initiated coverage of shares of Freddie Mac and Fannie Mae, citing expectations of “several positive events over the next six months” that will settle the thorny questions of ownership and control over the two mortgage giants.

FreddieFMCC, -5.24% and FannieFNMA, -6.03%  were swept into federal conservatorship as the housing finance system melted down in 2008, and have remained in limbo ever since. But the stars may have finally aligned for their release. A business-friendly White House has just installed a new regulator who’s a fan of small government to oversee the two enterprises by working with a Treasury secretary with a professional background in housing finance.

The new regulator, Mark Calabria, was sworn in as head of the Federal Housing Finance Agency in April and has begun working with Treasury to plot Fannie and Freddie’s next steps. Among them: Treasury is expected to shortly deliver to the White House a plan for the two companies. Height analyst Ed Groshans expects that to occur by the end of July, and for the two companies to start to retain their capital, rather than sweeping it back to Treasury every quarter, soon thereafter.

Related: Fannie Mae to turn to taxpayers after $6.5 billion loss

As part of the 2008 conservatorship arrangement, Treasury owns about 80% of the preferred shares of Fannie and Freddie. Groshans wrote that he expects Treasury “to deem its senior preferred shares to be repaid.”

Since the two companies will be issuing more stock, and converting the status of junior preferred shares to common, that will “dilute” the value of the common shares outstanding, by 30-35% or more, Groshans wrote.

For that reason, he’s initiating coverage with a buy rating on the preferred shares and a sell rating on the common. Freddie and Fannie’s common shares have already surged 155% and 166%, respectively, since the start of the year on speculation about the end of the conservatorship.

PayPal is a ‘safe-haven stock’ like Visa and Mastercard, says Instinet