Home » Industries » India can teach the U.S. to slash health-care costs by 40% — without rationing care 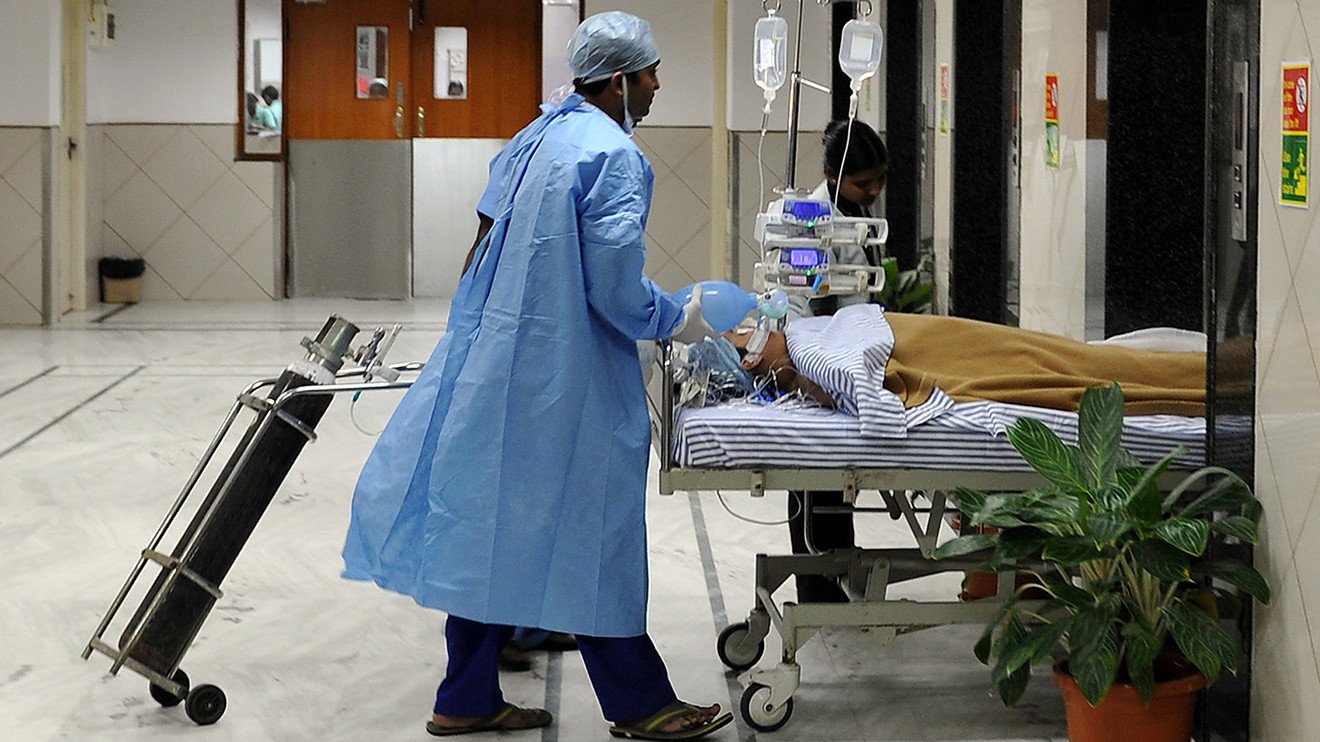 India can teach the U.S. to slash health-care costs by 40% — without rationing care

That Americans spend an inordinate amount of money on health care is no secret.

Vijay Govindarajan, a Dartmouth College professor who focuses on innovation, and Ravi Ramamurti, the director at the Center for Emerging Markets at Northeastern University, contend the U.S. could slash its $3.3 trillion annual health-care tab by 30% to 40% over the next decade without making us sicker and without rationing care.

Some ideas might elicit an easy nod. Offer a flat price for procedures, such as delivering a baby. Make doctors more conscious of costs. Use telemedicine, as the University of Mississippi Medical Center does, to connect local hospitals with specialists in Jackson. Make hospitals less fancy: Govindarajan and Ramamurti call them “seven-star facilities” that can cost $2 million per bed to build.

But other aspects might be more difficult to accept. Using costly equipment more intensively means some procedures are only done in one hospital — a hub — rather than in every hospital in the network, so patients have to travel further.

It also means there is less time between patients. At Aravind Eye Care System in India, a surgeon sits between two operating stations and swivels from one patient to the next as soon as one surgery is finished. With the help of two nurses at each station, the doctor can do five or six surgeries in an hour, rather than one or two in a conventional setup. Avarind, a private nonprofit company, charges just $100 for the procedure. In the U.S., the average price is $3,542, they say.

Video: Here’s the real reason why U.S. health care is so expensive

Indeed, Govindarajan and Ramamurti say Americans can learn much about cutting health-care costs by looking to India. They also highlight some U.S. innovators, such as Iora Health, a network of primary-care practices that in five years has reduced hospitalizations for members by 40% and cut total health-care spending by 15%-20% — while spending more on primary care. And they see ways the joint health-care initiative announced by J.P. Morgan Chase JPM, +3.09% Amazon.com AMZN, +1.66% and Berkshire Hathaway BRK.B, +1.11% can cut costs.

The two discussed their new book “Reverse Innovation in Health Care: How to Make Value-Based Delivery Work” with MarketWatch via email. This has been edited for length and clarity.

Q: What’s the biggest takeaway for politicians and other policy makers?

A: Change regulations from fee-for-service to risk-sharing arrangements like bundled pricing that encourages hospitals and entrepreneurs to adopt India-style health-care delivery innovations.

Q: You list five big ways to cut costs: not just bundled pricing and more intense use of costly equipment but also task-shifting to health coaches and others, more telemedicine and the end of those seven-star hotel hospitals. Can you rank them by the impact each could have on U.S. health-care costs? And then by the likelihood of each becoming widespread in the next 10 years?

A: You’ve captured some of the key ways to contain costs. To your list we would add the importance of using a hub-and-spoke configuration, broader use of technology, and frugality beyond seven-star hospital infrastructure to include other areas such as fixed and variable costs.

In the next decade, we expect American hospitals to adopt cost innovations that we discuss in our book. Why? The answer in one word: competition. Already, India’s Narayana Health 539551, +5.61% has opened a health “city” in the Cayman Islands, a 60-minute flight from Miami, where they perform surgeries at 20% to 30% of what it costs in the U.S. It is a matter of time before other entrepreneurs open similar facilities. Competition provides the best market discipline, as we’ve seen in other industries like steel and automobiles.

Q: You write about how Narayana Health has implemented almost factory-like medicine, with a certain type of procedure done repeatedly in one place and with small gaps between patients. It sounds like an assembly line, rather than a caring environment. Why is that a good idea? And can it be made palatable to Americans?

A: We need personalized care in diagnosis and in critical steps of the surgery, but not in all steps. In fact, quality improves when people specialize in specific steps of the procedure. Similarly, minimizing down time between surgeries improves the utilization of expensive equipment and personnel without lowering quality.

Americans may resist assembly-line medicine, but let’s face it, they happily accept that approach when flying in budget airlines, eating in fast-food restaurants or buying cookie-cutter homes. Southwest Airlines may not coddle its passengers, but it provides safe and punctual transportation at an affordable price. In health care, someone else picks up the tab, so patients have become indifferent to price. Their attitude will change once they realize that a more efficient approach to health care — without compromising on quality — can significantly lower copays and insurance premiums.

Q: Let’s talk about task-shifting. A U.S. network called Iora Health has hired “health coaches” who had no medical training, and has five for every doctor on staff. It is using them to cut the cost of managing chronic conditions, by far the biggest health-care expense. Narayana created new categories of low-cost health-care workers, from junior surgeons who open a patient’s chest for heart surgery to community vision screeners. Cheaper workers can reduce costs, but how does that impact health outcomes?

Today, top doctors in a hospital like Mayo Clinic spend half their time on paperwork, which they could be spending on patients. Aravind’s hospital in India surrounds each ophthalmologist with 10 support staff, making sure that the doctor’s time is used most productively on things that only doctors can do. Medical outcomes at Aravind are as good as or better than those at the U.K.’s National Health Service. Similarly, the other Indian hospitals we studied are not only accredited by reputable organizations — including the U.S.-based Joint Commission — but their rates of medical complication, infection or mortality are comparable to those in the U.S.

Task shifting can work well in the U.S. too. Take Iora’s health coaches, for example. They make sure their patients take their meds on time, eat healthy, get enough exercise are in good mental health and so on.The fact they are cheaper is a bonus. The main reason for engaging them is that health coaches work on all aspects of a person’s life to keep them healthy, rather than cure them when they become sick. By doubling down on primary care, Iora avoids costly spending on secondary and tertiary care, including tests, procedures and hospital/emergency-room visits.

Watch this: How wearable technology can transform health care

Toyota taught us that in manufacturing, high quality and low cost are not at loggerheads; instead, they go hand in hand. The same is true in health care. We have to stop assuming that somehow in health care, lower cost has to mean lower quality.

Q: What’s the biggest obstacle to these cheaper health workers in the U.S.? Where are you seeing inroads?

A: Health care already embraces the logic of task shifting. That’s why we have nurse practitioners and physician assistants. But we could push this idea a lot more if regulators would make it easier to do so.

Q: Your examples of success in reducing U.S. health-care costs are fascinating, but they don’t seem to be widely copied. What’s the biggest impediment?

A: Incentives for cost reduction were part of the Obamacare package of reforms. If the Centers for Medicare and Medicaid Services does not abandon those initiatives, U.S. hospitals will come under increasing pressure to provide value-based care. When asked how he went broke, Hemingway famously said, “Gradually, and then suddenly!” We expect health care will be transformed in the same way.

We think progressive, established health-care providers will innovate to prepare for a future of value-based care. New entrants will embrace disruptive business models because there is a fortune awaiting anyone who can end the industry’s wasteful practices.

Over time, these changes will cascade through the system, until things reach a tipping point, when the transformation of U.S. health care will become a sudden reality. 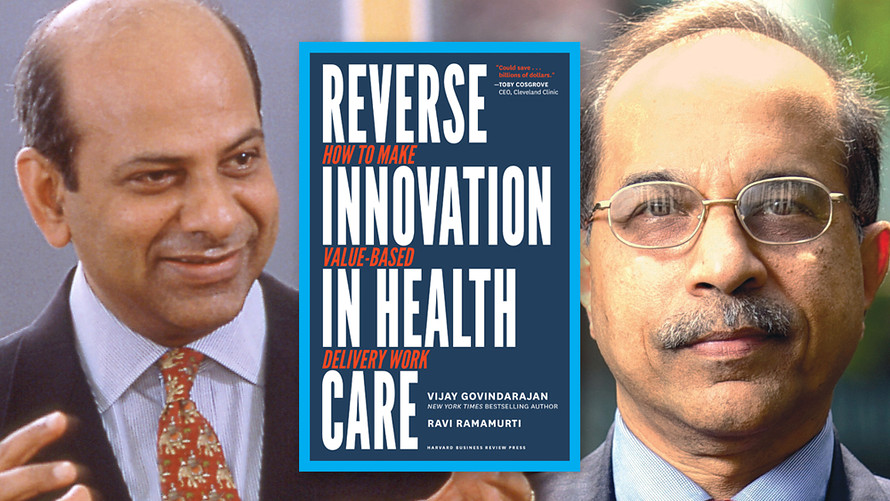 Q: Finally, what’s your first piece of advice to J.P. Morgan, Amazon and Berkshire Hathaway as they look to cut costs while improving health care for their employees?

A: Double down on primary care for employees so that you can avoid costly secondary and tertiary care. As part of spreading such a program to customers, consider opening “free” health clinics in Amazon-owned Whole Foods stores and create a “hub-and-spoke” model that is better than what CVS offers.

Q: Your thoughts on the choice of Atul Gawande to head that business?

A: “Doctorpreneurs” we studied have three key qualities: They’re excellent at medicine (check, for Gawande) and have compassion (check, for Gawande), but also have great business discipline (Gawande’s article in the New Yorker on The Cheesecake Factory suggests he understands business models). That makes him a good leader for achieving the triple aim of high quality, greater access and lower cost.

Vijay Govindarajan (on Twitter @vgovindarajan) and Ravi Ramamurti are the authors of “Reverse Innovation in Health Care: How to Make Value-Based Delivery Work.”