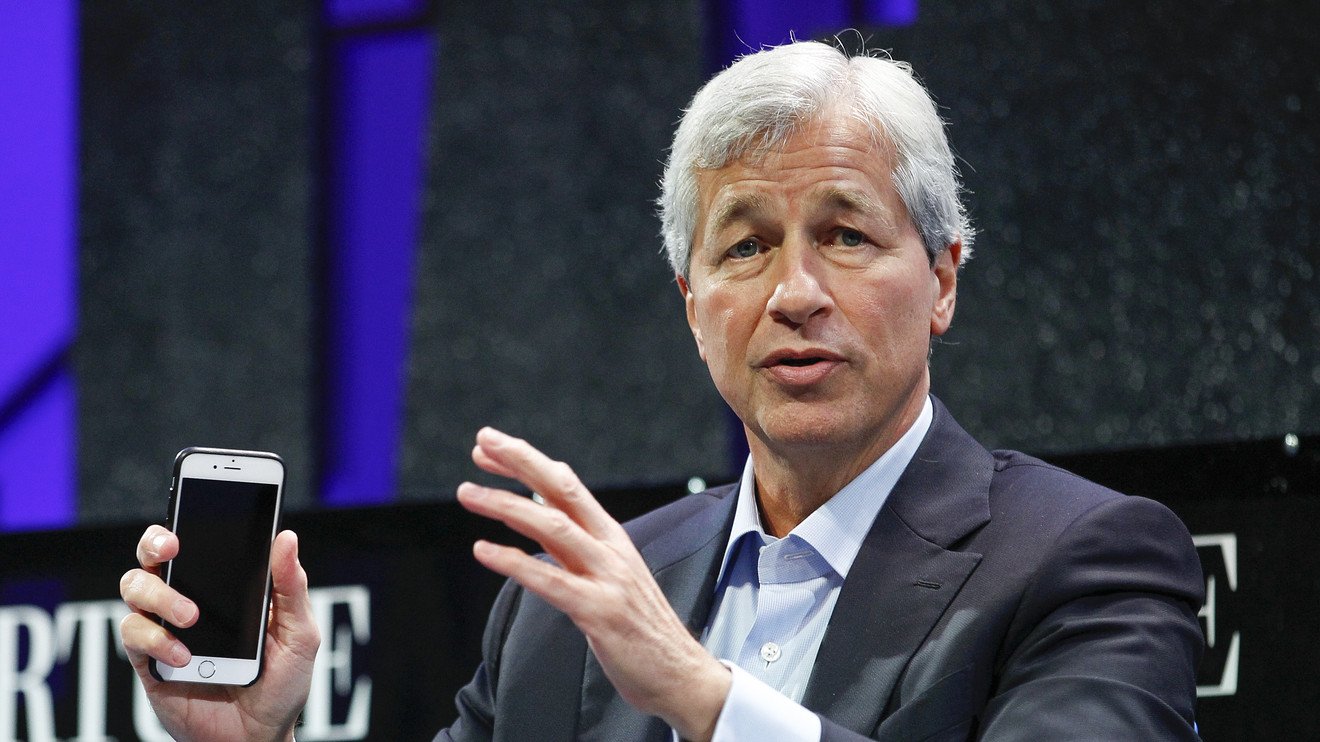 JPMorgan Chase Co.’sJPM, +1.26%chief executive, Jamie Dimon, was the highest-paid CEO in the U.S. banking sector last year, snagging a tidy $28.3 million in total compensation, up 3.9% from the previous year, according to S&P Global Market Intelligence.

Bank of America Corp.BAC, +1.55%CEO Brian Moynihan came in second place with total compensation of $21.3 million, according to the data company, followed by Michael Corbat, CEO of Citigroup Inc.C, +0.33% , who took home $17.8 million.

The surprise: Fourth place went to Timothy Sloan of Wells Fargo & Co. Inc.WFC, +0.14% , who took home $17.5 million, even as his bank continued to slowly recover from a series of scandals involving the creation of unauthorized accounts and imposition of other products and fees on unsuspecting customers.

Wells Fargo is now issuing refunds for products such as pet insurance and legal services that were added to hundreds of thousands of accounts held by customers who did not understand or need them, the Wall Street Journal reported on Thursday.

Just last week, the San Francisco–based bank disclosed a $619 million charge in its second-quarter earnings to refund customers who were overcharged in its foreign exchange, wealth-management and automotive and mortgage lending units.

In April the bank agreed on a $1 billion settlement with the CFPB and the Office of the Comptroller of the Currency for failures in its risk-management practices. That came after the Federal Reserve in February took the highly unusual move of restricting the size of the bank’s balance sheet, also for its failure to adequately manage risk.

Sloan became CEO in October 2016, following the resignation of John Stumpf, who had helmed the bank through the peak years of its scandal. Sloan is a longtime Wells Fargo banker who had held senior positions through those same years. 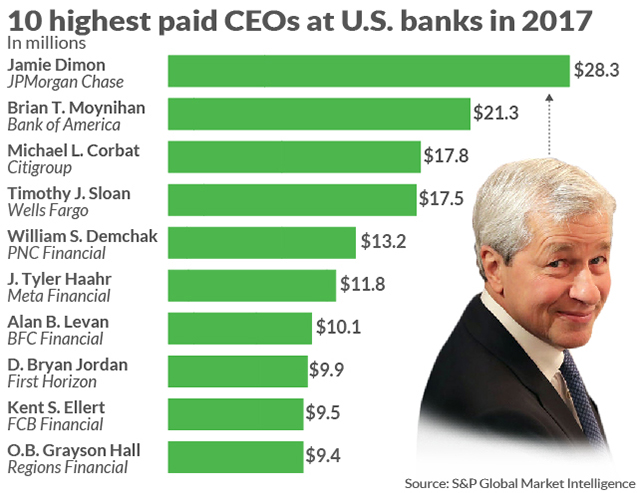 The remaining six highest-paid chiefs are all from regional banks — Goldman Sachs Group Inc.GS, +0.90%and Morgan StanleyMS, +0.84%do not feature on the list.

The fifth spot is taken by PNC Financial Services Group Inc.PNC, +1.27% , where CEO William Demchak took home $13.2 million. Demchak was the highest-paid head of a bank with $50 billion to $500 billion in assets.

The highest paid CEO of a bank with assets of $10 billion to $50 billion was D. Bryan Jordan, who heads First Horizon National Corp., according to S&P.