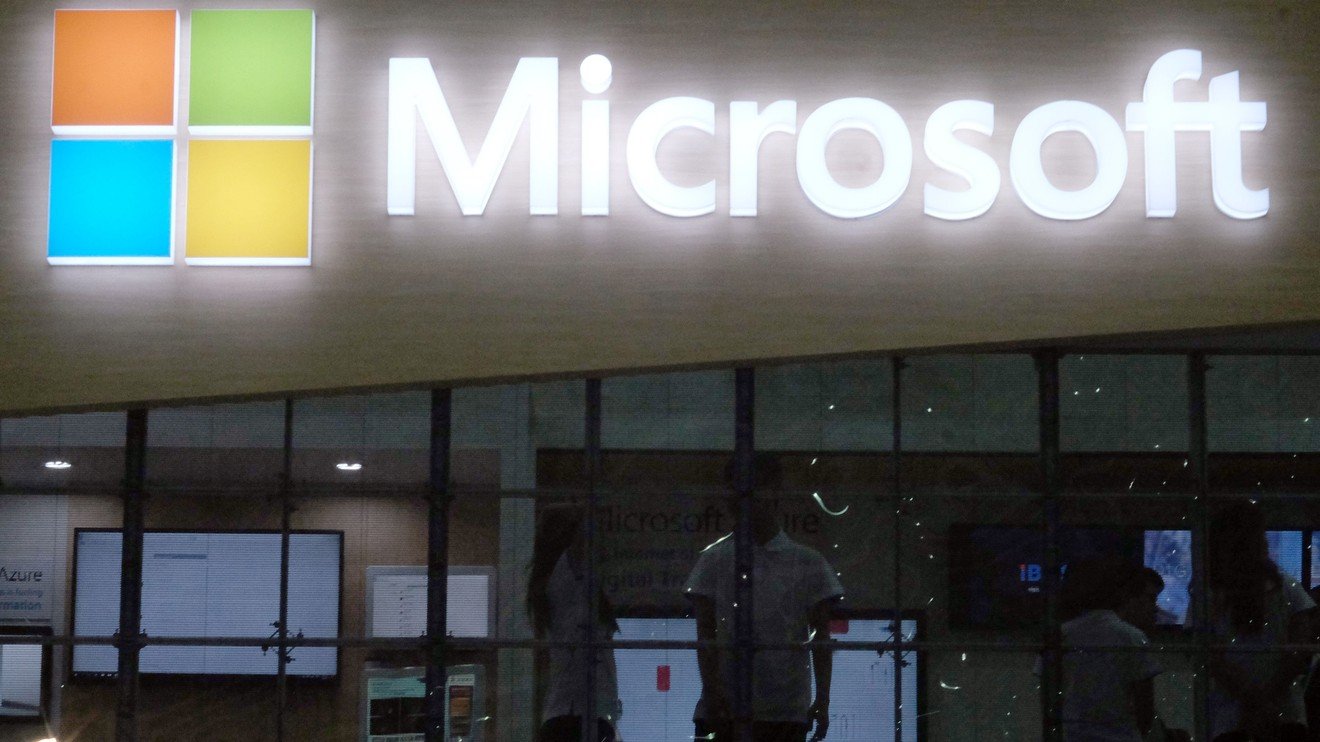 Microsoft MSFT, -0.68% shares, which had been up about 1% before the conference call, rose to gains of more than 4% after Chief Financial Officer Amy Hood provided the first-quarter forecast on a conference call. Shares declined 0.7% to close the regular session Thursday at $104.40.

On the call, Hood said Microsoft sees “More Personal Computing” revenue of $9.95 billion to $10.25 billion in the first quarter, while analysts surveyed by FactSet were forecasting $9.87 billion. Hood also said the company expects “Intelligent Cloud” revenue of $8.15 billion to $8.35 billion, with Wall Street targeting $8.15 billion; and “Productivity and Business Processes” revenue between $9.25 billion and $9.45 billion, while analysts expected $9.34 billion.

In total, that suggests overall first-quarter revenue of $27.35 billion to $28.05 billion. Analysts on average were projecting revenue of $27.4 billion, according to FactSet. Microsoft did not give an earnings projection nor a full-year forecast, though Hood said cost of goods sold in the first quarter was expected to be $9.5 billion to $9.7 billion, operating expenses would be $9.2 billion to $9.3 billion, and income and expense is expected to be about $100 million to the negative side.

“The newer cloud businesses are growing heavily and legacy, non-cloud businesses are slightly shrinking to nominally growing,” Moor Insights analyst Patrick Moorhead said in emailed comments. “This was a very impressive quarter and it’s hard to say where it can make huge improvements other than driving Azure to triple digit growth. [CEO] Satya Nadella and team are hitting on all cylinders at this point.”

The company reported fiscal fourth-quarter net income of $8.87 billion, or $1.14 a share, compared with $8.07 billion, or $1.03 a share, in the year-ago period. Adjusted earnings were $1.13 a share. On average, analysts polled by FactSet expected adjusted earnings of $1.08 a share. Revenue rose to $30.09 billion from $25.61 billion in the year-ago period, compared with FactSet-polled analysts expecting an average $29.21 billion.

Of the 34 analysts that cover Microsoft, 29 rate the stock a buy or overweight, four have hold ratings, and one has a sell rating, with an average target price of $113.55 a share.