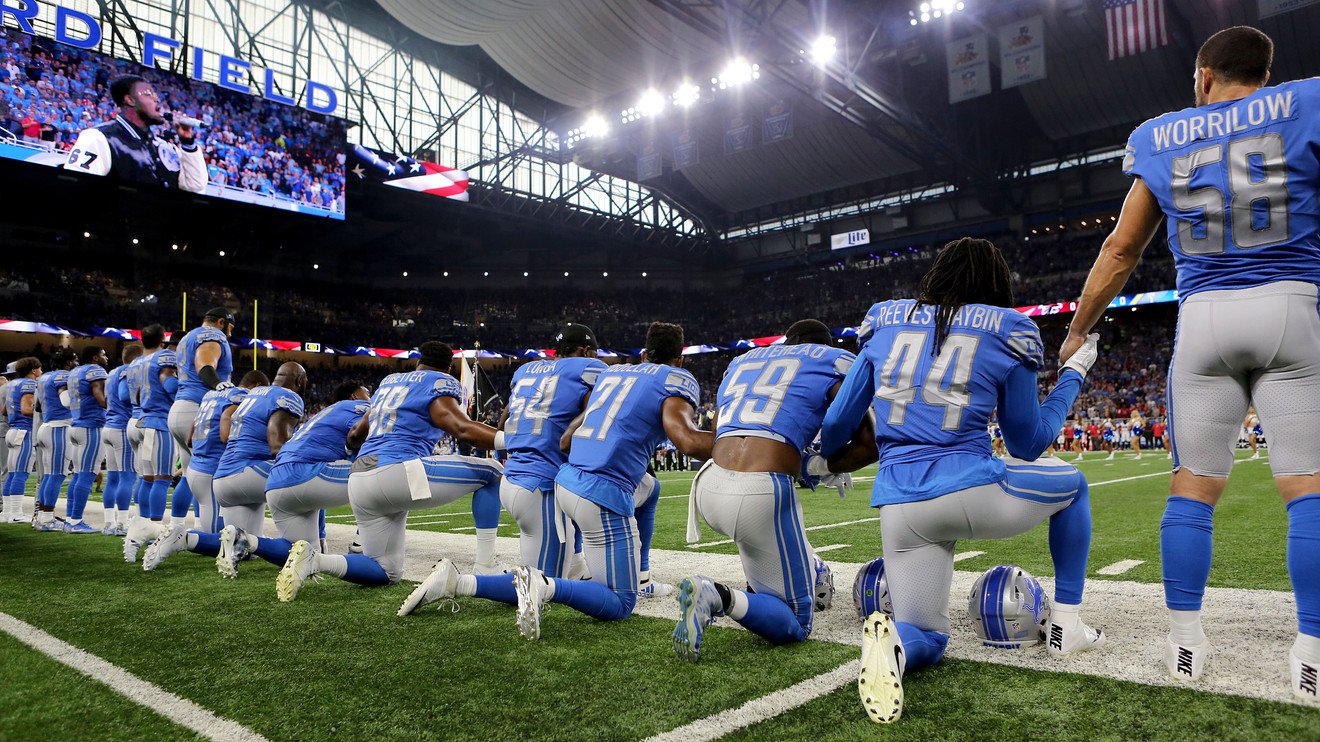 The NFL Players Association has filed a grievance over the league’s new national-anthem policy, saying it infringes on player rights and is “inconsistent” with the union’s collective-bargaining agreement.

After two years of some players protesting during the anthem, begun as a way to draw attention to racial inequality and social injustices, the National Football League overhauled its policy this offseason. The revised rules require players on the field to “stand and show respect” for the American flag during the anthem, allowing for teams to be fined if the players fail to do so. Players may remain in the locker room during the anthem. The new rules allow teams to enact their own disciplinary policies to address violations.

The NFL enacted the new rules as a way to end the protests, which began two years ago but was refueled early last season after President Donald Trump criticized the players at a political rally. “We believe today’s decision will keep our focus on the game,” NFL Commissioner Roger Goodell said in a statement at the time.

Yet now, the change has inflamed tensions with training camps rapidly approaching, while setting the stage for another potential legal battle between the players and the league. The NFLPA said the league had agreed to a proposal to seek a solution before any litigation.

Why men are wearing watches that don’t tell time.