Home » Industries » SmileDirectClub is going public: 5 things to know about the teeth-straightening startup 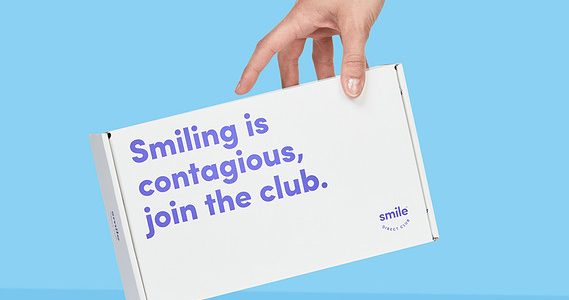 SmileDirectClub is going public: 5 things to know about the teeth-straightening startup

The Nashville-based company is looking to raise $100 million in its public offering, according to an S-1 the company filed last week. The company has applied to list on Nasdaq under the ticker symbol “SDC,” and J.P. Morgan and Citigroup are the lead underwriters on the deal.

SmileDirectClub ships clear aligners directly to customers, whose progress is monitored remotely by licensed dentists or orthodontists. Customers either go to a so-called SmileShop and get a free 3-D image taken of their teeth or buy a kit online to make an impression of their teeth to mail to SmileDirectClub. A dental professional then reviews the information and prescribes aligners if appropriate. The company says the average treatment plan is around six months, significantly shorter than the 12 to 24 months a traditional course of braces would take. SmileDirectClub also says its program costs up to 60% less than the traditional course of orthodontic braces.

The filing comes after SmileDirectClub reached a valuation of around $3.2 billion in October, after raising $380 million in a funding round. Proceeds from the IPO will be used to pay bonuses, to fund tax and other obligations relating to its incentive bonus agreements, to redeem LLC units from pre-IPO investors and to fund a dividend to those investors, with the rest to be spent on general corporate purposes, according to the company’s prospectus.

The number of shares offered and the share-price range have not yet been disclosed.

Here are five things to know about SmileDirectClub, the teledentistry company that’s looking to transform the orthodontics industry.

See also: The dark side of teeth-whitening strips

In July, the American Association of Orthodontists, which represents 19,000 orthodontists in the U.S., Canada and abroad, said it had “serious concerns” about direct-to-consumer orthodontic products, including those marketed and sold by SmileDirectClub.

“Orthodontic aligners are meant to move teeth, which if not done correctly can lead to potentially irreversible and expensive damage such as tooth and gum loss, changed bites and other issues — some of which may not arise immediately,” the association said in a statement. The AAO filed complaints with 36 state dental boards and attorneys general last year, alleging what it deemed to be statutory and regulatory violations by SmileDirectClub.

Publicly traded Align Technology Inc., the maker of the Invisalign brand of clear aligners, began supplying aligners for SmileDirectClub and took a 17% stake in the company in 2016.

The relationship between the two companies hit a rocky patch in 2017 when Align began rolling out provider-owned Invisalign stores that provided digital scans and walk-in appointments as part of a pilot program. SmileDirectClub accused Align of violating a non-complete provision and misusing confidential information, and a judge in March ordered Align close down its 12 Invisalign stores and return its stake to SmileDirectClub at 2017 values.

Unsurprisingly, Align has said it will not be renewing its supply agreement with SmileDirectClub, which ends at the end of 2019.

See now: This simple $2 toothbrush may be the key to preventing cavities

In addition to its stand-alone SmileShops, SmileDirectClub has struck deals with CVS Health Corp. CVS, +0.15% and Walgreens Boots Alliance Inc. WBA, +0.45% allowing the teeth-straightening startup to open up to 1,500 SmileShops within CVS stores and any number of shops in Walgreens stores across the U.S.

SmileDirectClub currently has over 300 SmileShops across the U.S., Canada, Australia and the United Kingdom, and says it expects to open approximately 20 more each month for the remainder of 2019.

David Katzman, the founder and managing partner of Camelot Venture Group, has been the CEO of SmileDirectClub since 2014, according to the company’s S-1. His private investment group backs mostly direct-to-consumer brands, such as online mortgage company Quicken Loans and 1-800 Contacts, and Katzman has served on the boards of Quicken Loans, diabetic supply company Simplex Healthcare, online promotions company ePrize and bedding company CleanRest. He’s also held the role of vice chairman of the NBA’s Cleveland Cavaliers.

Prior to founding Camelot in 1998, Katzman was president of Home Depot S.O.C., a division of Home Depot Inc. HD, +1.52% that processes special orders for U.S. Home Depot stores.

See also: Why 37 million people in the U.S. don’t have dental coverage — and the painful price they pay

Also: Newly public luxury secondhand retailer the RealReal says it occupies a ‘space of one’