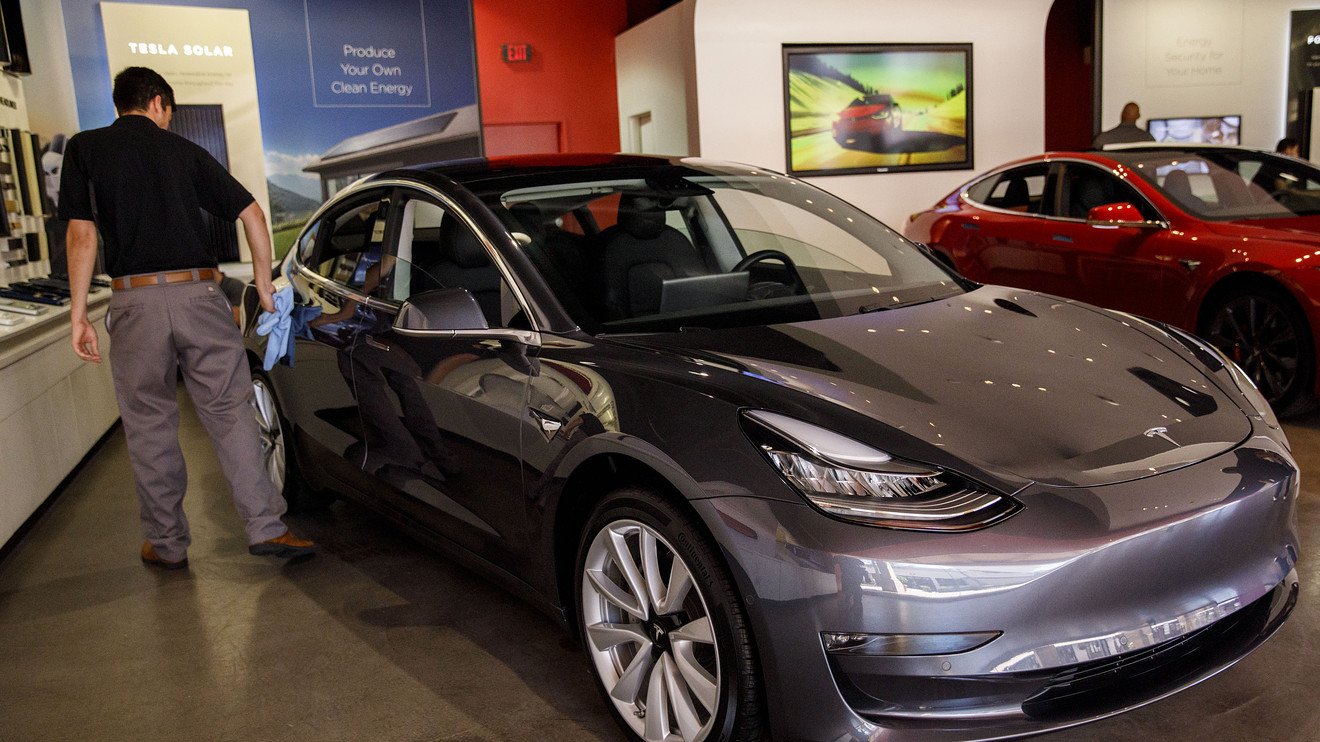 Tesla earnings: Investors should gear up for more drama

Chief Executive Elon Musk has created several new controversies in recent weeks via his Twitter account, sending shares down more than 7% in July. And memories of the “bizarre” May first-quarter earnings conference call are still fresh on many minds.

The question for Tesla investors may not be asked during the post-results call but it’s increasingly pertinent: Are Musk’s outbursts against analysts, the media, critics and others mere distractions for Tesla, or are they signs of more serious problems at the Silicon Valley auto maker?

Tesla long has been a polarizing stock, and the bear vs. bull needle is unlikely to move much either way when it releases second-quarter numbers on Aug. 1.

That won’t keep investors from tuning in to hear the latest about the Model 3, profit margins and progress on meeting production goals, as well as an update on Musk’s forecast that Tesla is on its way to profitability and positive cash flow in the third and fourth quarter.

“We all wish (Elon Musk) would stop talking about Mars” and other issues extraneous to Tesla, but investors may have to learn to accept Musk’s eccentricity in light of the company’s sharp growth and its big lead in electric cars, said Rob Lutts, president and chief investment officer at Cabot Wealth Management.

Musk earlier this month called a diver involved in the Thai cave rescue, a man who had criticized him, a ’pedo’. That tweet has been deleted. Musk later on apologized to the rescue diver and “to the companies I represent as a leader.”

The second quarter is likely to set up Tesla nicely for third-quarter profits that will surprise Wall Street, said Lutts.

Here’s what else to expect:

Crowdsourcing platform Estimize, which gathers estimates from buy-side analysts, hedge-fund managers, company executives, academics and others, has a consensus loss of $2.68 a share.

Estimize is calling for sales of $4.00 billion.

Other issues: Musk’s antics during the first-quarter call might have a dampening effect on analyst questions this time around, and Musk might be more careful with his answers, said Efraim Levy, an analyst with CFRA.

Still, “you have to expect the unexpected with Tesla,” he said. Levy said he is a “short-term skeptic” on Tesla’s promises to become profitable in the second half of the year, and said he expects the company to tap capital markets in the first quarter of 2019 ahead of debt retirements early in the year.

Musk could backtrack on some of his recent outbursts, bowing to pressure from investors. In an open letter posted Tuesday, Gene Munster of Loup Ventures urged Musk to make apologies and go on a “Twitter sabbatical.”

On more mundane issues, Tesla could announce fresh Model 3 reservation numbers in the wake of a change in the way the company handles the deposits for the car. The company said earlier this month it had about 420,000 reservation holders.

Earlier this month, Tesla did away with the $1,000 refundable deposit to hold a spot in line for the Model 3. it opened up Model 3 reservations for anyone willing to shell out a nonrefundable “order payment” for delivery in the coming months.

That cash infusion could go a long way toward fueling Tesla’s broader plans, which include making and selling all-electric semi trucks, compact SUVs, and pickup trucks, not to mention its solar energy and energy storage business.

Tesla earlier this month reported it produced 53,339 vehicles in the second quarter. It said it expects to be making 6,000 Model 3s a week by late August.

Those Model 3 deliveries were short of consensus expectations, part of the reason analysts at Goldman Sachs earlier this month kept their sell rating on the stock and their bearish stance overall on Tesla.

In a research note earlier this month, the Goldman analysts noted that at 420,000, the net number of reservation holders has decreased from the roughly 455,000 Tesla disclosed around the July 2017 Model 3 unveiling.

Tesla may not have actively sold the Model 3, but “enough media attention and announcements” about the Model have proliferated the customer base,” the Goldman analysts said. “In that vein, an incremental push to increase demand likely resembles traditional auto OEMs (where incentives are layered on to vehicles to help stimulate purchases) — and could be a headwind to margins.”

Analysts at Argus disagreed, saying they assume “strong demand for the new Model 3” alongside continued revenue gains for the Model S and Model X. They said they expect “significant sequential improvement” in the second quarter, with the Model 3 becoming Tesla’s top-selling vehicle and costing less for Tesla to build in 2019.

“We thus expect the company to achieve its target gross margin of 25% on the Model 3 in late 2019, in line with the margins already achieved on the Model S and Model X,” they said in a note Wednesday.

On Thursday, analysts at Needham downgraded their view of Tesla stock to their equivalent of sell, based on expectations of slower sales of the Model S and Model X, slower gross-margin improvement for Model 3, the negative impact on gross margins as revenue from emissions credits decline next year, and Tesla’s “unsustainable capital structure” with a projected $6 billion free cash-flow burn through 2020 and a $1.486 billion note due in 2019, they said.

Ultimately, however, what matters is whether Tesla can make money on the Model 3, Cabot Wealth’s Lutts said. Judging by his own, the answer is yes.

After placing a deposit “the minute the system went up” in March 2016, Lutts picked up his Model 3 in a Massachusetts store on July 2.

The car is one of his reasons to be optimistic about Tesla: “It exceeded my expectations, and my expectations were high,” he said, lauding the Model 3’s engineering and comfort.