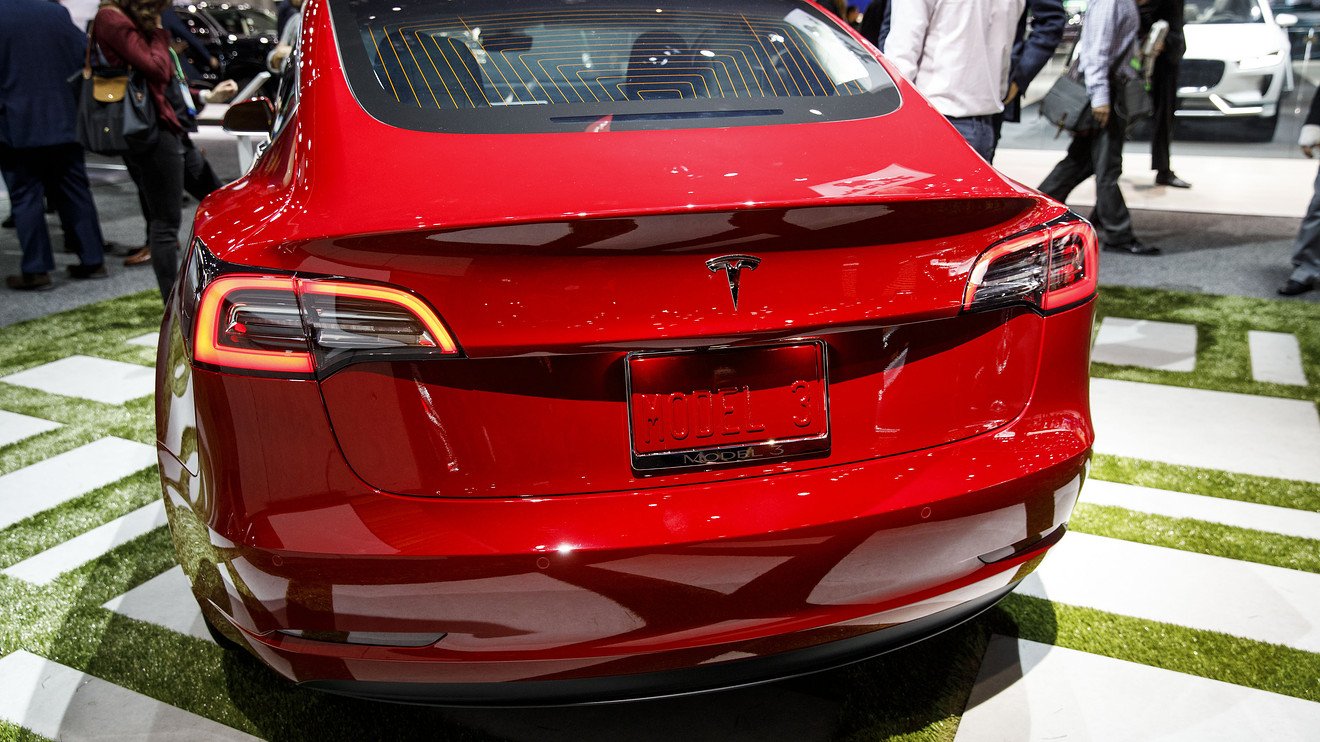 Tesla is on track for ‘steady’ Model 3 production, analyst says

A report saying that Tesla Inc. is on track to make as many Model 3 sedans as the Silicon Valley car maker has promised gave the company’s shares a shot in the arm on Thursday.

Tesla TSLA, -0.57% shares turned positive in midday trading, and looked poised to snap a two-day losing streak that has taken weekly losses to more than 4%. The shares recently wavered between gains and losses but were off session lows.

Analysts at Evercore ISI wrote Thursday that they toured Tesla’s Fremont, Calif., factory for two days and visited the Model 3 production line, and left “incrementally positive” on Tesla. Another report, from analysts at Bernstein raising their price target on the stock, also did its part in supporting the stock.

Related: 5 things to know about the IPO of Nio, AKA the ‘Chinese Tesla’

“Tesla seems well on the way to achieving a steady weekly production rate” of 5,000 to 6,000 Model 3 sedans a week, said the Evercore analysts, led by George Galliers.

“In addition, the capex required and constraints that need to be overcome to reach 7k to 8k units per week seem well within reach,” they said.

Evercore’s previous Model 3 production estimate of 123,000 sedans in the second half of the year could be “4% to 7% too low” after what they saw on the trip, the analysts wrote.

“While downtime and maintenance continue to place constraints on production, we did not see anything that would suggest Tesla is not able to produce 5k Model 3s per week today and at least 6k Model 3 a week very shortly,” they said.

The report was a welcome diversion from the worries centered on Chief Executive Elon Musk’s going-private plan and the questions swirling around the funding necessary for such a move and the legal questions around Musk’s tweet that announced the proposal.

Musk shocked markets Aug. 7 when he tweeted he was “considering” taking Tesla private at $420 a share, and that funding had been “secured.”

Regulators have launched a probe into the “funding secured” statement and Musk’s subsequent blog post detailing meetings with Saudi Arabia’s sovereign-wealth fund did little to squelch doubts about the potential going-private transaction.

In their report, Bernstein analysts led by Toni Sacconaghi increased their price target on Tesla stock to $325, representing downside of around 4%, from $265.

“On net, our fundamental valuation analysis suggests that Tesla is fully valued at current levels. In practice, however, we believe that the firmly entrenched bull and bear camps are unlikely to capitulate until either Tesla is taken private,” they said.

The analysts assigned a likelihood of less than 50% that Tesla will indeed go private.

Should a deal fail to materialize, there’s likely downside to about $300 a share, below the roughly $340 a share that Tesla was trading at before Musk’s first tweet.

Failure “could prompt investors to increasingly debate Elon’s credibility and seemingly unhealthy focus on the shares’ price and volatility,” the Bernstein analysts said.

A firmer take-private offer could result in upside to around $400 a share, they said, below the $420 that Musk mentioned “as we doubt investors will ever have 100% certainty on the deal closing until it actually happens.”

That outperformance evaporates, however, in a 12-month stretch, with the Tesla shares down nearly 7% in that period versus gains of 15% and 16% for the S&P and Dow.

Elon Musk told he needs sleep, but he says that’s not an option

About 26,000 employees at risk of losing jobs, says Lufthansa

Citi targets more growth in Saudi Arabia after adding over 20 bankers in two years
We and our partners use cookies on this site to improve our service, perform analytics, personalize advertising, measure advertising performance, and remember website preferences.Ok