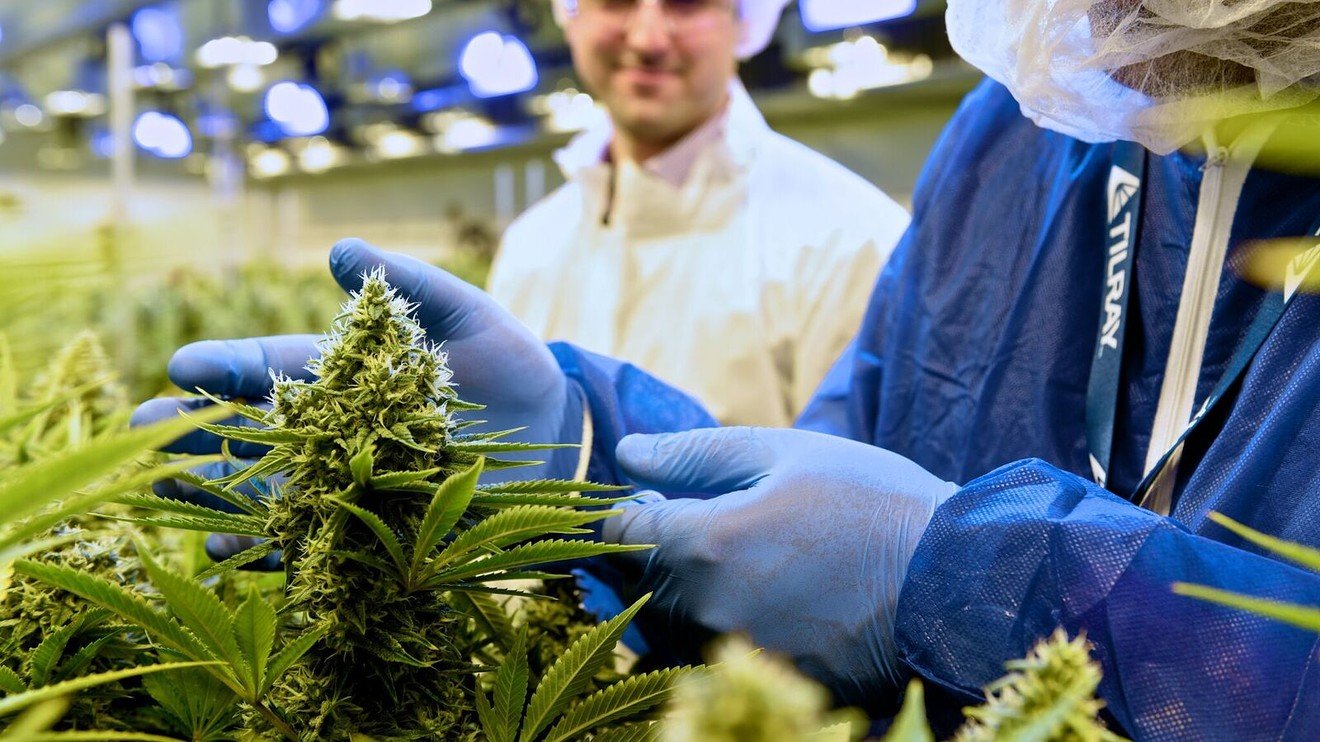 Tilray IPO: Five things to know about the first pot company to go public on Nasdaq

Canada-based marijuana production and processor Tilray Inc. has laid out its plans to be the first company in the once-clandestine sector to debut on Nasdaq Inc.’s NDAQ, -0.31% Global Select Market exchange.

Tilray TLRY, +0.00% filed for its initial public offering in June, and the stock is expected to list in July under the ticker symbol TLRY. According to Securities and Exchange Commission filings, the company hopes to price shares at $14 to $16, which would raise up to $135 million at the midpoint of that range.

A first for a pot company

While Tilray is not the first cannabis company to list on the Nasdaq — at least one, Cronos Group Inc. CRON, +0.58% is cross-listed on the Nasdaq and TSXV — Tilray will be the first cannabis cultivator to raise capital via a Nasdaq listing. One other, called Innovative Industrial Properties Inc. IIPR, +1.61% went public on the New York Stock Exchange, but unlike Tilray, it is more of a real-estate investment trust, not an actual pot producer.

See also: The startup burning $1 million a month in hopes of selling $1 billion of pot a year

Marijuana remains a decidedly complex regulatory issue in the U.S., but Canada has been fertile ground for the growing industry, according to Scott Greiper, president and founder of Viridian Capital Advisors, a U.S.-based investment bank that focuses on the cannabis sector. Canada is the first industrialized country to legalize recreational pot and has had a booming medical business for years; and it may have been no coincidence that Tilray filed for its IPO the day after Canada set the October date for adult recreational cannabis use.

Viridian has tracked pot-related capital markets transactions since 2014, and Greiper says that its investments have always been Canada-heavy as the institutional money continues to chase value up north. But as the cannabis industry’s perceived legitimacy — and legality — grows, American stock exchanges have warmed up to listing companies that grow and process the plant. That’s where Tilray fits in.

“In general, U.S. capital markets have generally been closed to growers,” said Greiper. “Tilray is reflecting that exchanges like Nasdaq and New York [Stock Exchange] are starting to open up to the fact that cannabis is a legitimate marketplace. Every exchange is looking to be on the front lines of capital markets.”

Read: Marijuana is legal in California, but buying it is neither cheap nor always easy

Essentially, Tilray grows cannabis, processes it and sells the finished product to patients in Canada, Australia and Germany through agreements with pharmaceutical distributors. Currently, the company grows marijuana in Canada and Europe.

Tilray’s main product is processed cannabis, but in many ways the company’s financial statements resemble that of a manufacturing company: it requires plants and equipment, for example.

Don’t miss: IPO boom has opened the window for some scary companies

According to the prospectus, 28 countries have legalized weed for medical uses, and overall, including the black market, cannabis is a $150 billion business annually. Canada, the first industrialized country in the world to legalize recreational marijuana, is expected to be worth between C$4.9 million and C$8.7 million each year, which is roughly $3.7 million to $6.6 million in U.S. currency.

In Canada, Tilray sells its products directly to consumers via its e-commerce platform and telephone sales. It has also inked deals with a range of pharmaceutical distributors in Canada and elsewhere around the world, including the Novartis AG NVS, -0.19% subsidiary Sandoz.

Attitudes and legal regimes about pot are changing across the world, as Tilray takes pains to point out in its SEC filing, but there remain a number of significant risks. In the long run, early investors and others in the cannabis industry are betting the U.S. will eventually change its federal laws to legalize the drug.

Where Tilray is permitted to operate under a federally sanctioned medical system — in countries such as Canada — marijuana is a thoroughly regulated industry that requires approval licenses for nearly ever aspect of the business. In Canada, for example, Tilray needs approval from at least two federal agencies to make its products, and each province has its own regulatory scheme as well.

In the company’s SEC filing, Tilray says it is poised to take advantage of the global change in regulatory regimes. It’s made agreements with existing pharmaceutical distributors in 12 countries, has four clinical trials in three countries and is among the first companies to have licenses for cultivation facilities in two countries — Portugal and Canada. Overall, the company has approvals to supply patients and researchers on five continents.

“We aspire to lead, legitimize and define the future of our industry by building the world’s most trusted cannabis company,” the company wrote.

Tilray is a controlled company, which means that even after the IPO it will be controlled by Seattle, Wash.-based Privateer Holdings Inc., a venture-capital firm with a sole focus on the marijuana industry.

Privateer has also given Tilray credit and debt facilities that total $34 million.