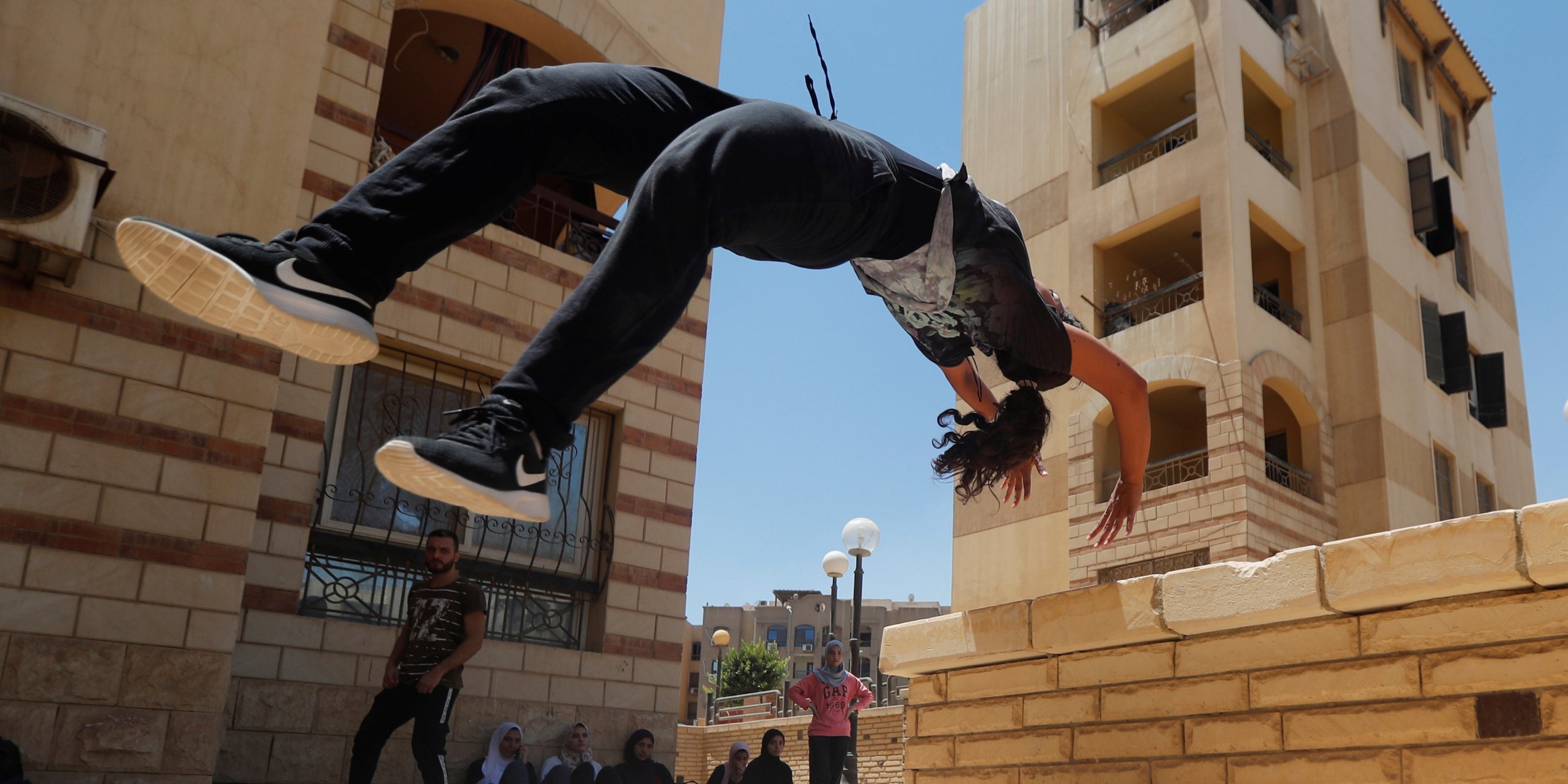 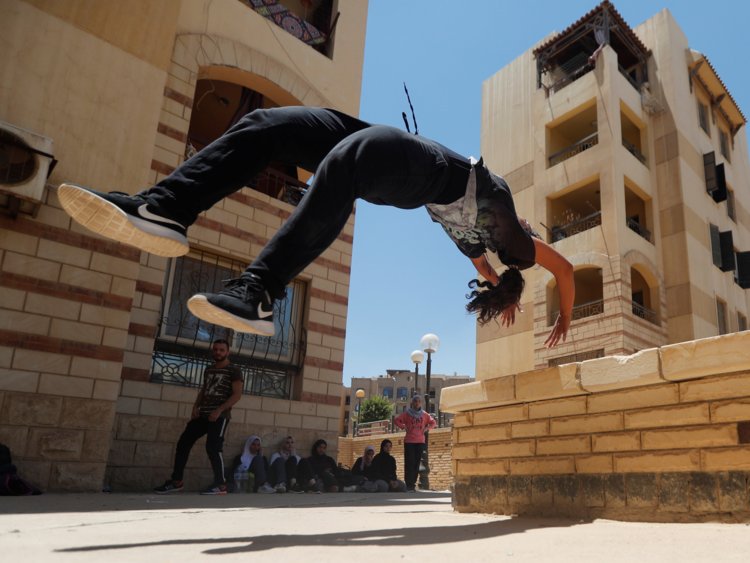 Mariam Emad from Parkour Egypt “PKE” practices her parkour skills around buildings on the outskirts of Cairo, Egypt.
Reuters/Amr Dalsh

Here is what you need to know.

Goldman Sachs breaks down the damage a trade war could cause in the stock market. The firm says a deepening of the trade war would cause a 15% drop in S&P 500 earnings next year, and offered two trades for investors who are worried things will get worse.

Bitcoin tops $8,000. The cryptocurrency has rallied more than 35% since its June lows, and is back above the $8,000 mark for the first time since May.

Alphabet tops Wall Street targets. Google’s parent company beat on both the top and bottom line and delivered strong growth in the face of the European Union’s record-breaking $5 billion fine.

MoviePass shareholders approve 2 measures meant to keep the company from being kicked off its stock exchange. At a special meeting on Monday, shareholders of Helios & Matheson — which owns 92% of MoviePass — approved the possibilities of issuing 4.5 billion new shares or of carrying out a reverse stock split, which can be exercised independently at management’s discretion.

Earnings reporting heats up. 3M, Harley-Davidson, and Verizon Communications are among the names reporting ahead of the opening bell while AT&T releases its quarterly results after markets close.

US economic keeps coming. FHFA home prices will be released at 9 a.m. ET before Markit US manufacturing and services cross the wires at 9:45 a.m. ET. The US 10-year yield is down 1 basis point at 2.95%.