Home » Markets » A ‘Britcoin’ could be a financial game-changer

A ‘Britcoin’ could be a financial game-changer

Britain’s announcement that it has established a taskforce to explore the potential issuance of a central bank-issued digital currency underscores the extent to which China’s piloting of a digital yuan and the explosion of interest in bitcoin and cryptocurrencies is accelerating the efforts of the major central banks to consider whether they need to issue their own digital money.

On Monday the UK chancellor, Rishi Sunak, announced that the UK Treasury and Bank of England would evaluate the creation of a digital currency – a “Britcoin” – to protect sterling against cryptocurrencies and improve the UK payments system. 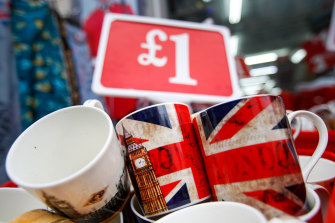 The world will take notice if the UK introduces its own digital currency. Credit:Bloomberg

The Bank of England said no decision had yet been made on whether to issue a CBDC (central bank digital coin).

Previous discussion papers issued by the BoE have indicated, however, that, if it were to issue a CBDC, it would be within a two-tier system, sitting alongside cash and bank deposits rather than displacing them.

It would not be a cryptocurrency nor would it necessarily use the distributed leger technology that underpins existing cryptocurrencies.

Central banks, including our Reserve Bank, have been studying CBDCs for years but the intensity of their interest and the pace of their investigations have picked up as China’s ambitions have become clearer; Bitcoin has evolved into a more mainstream financial asset and Facebook unveiled its plans for a “stablecoin” (one underpinned by a basket of financial assets) that could be used for cross-border payments.

It seems inevitable that the developed world will eventually move to CBDCs in response to what China and others, including the privately issued or created cryptocurrencies, tokens and stablecoin promoters, are doing. The steady decline in the usage of cash would alone eventually lead to change.

Apart from China’s trials of an e-yuan – it has been piloting its use in 11 cities and is exploring its use in cross-border transactions – there are already two CBDCs on issue. The Bahamas has issued its “Sand dollar”″ and Cambodia started issuing “Bakongs” last year.

Sweden, where usage of cash has almost disappeared, is hoping to issue a digital krona by 2026.

Most of the major central banks, including the RBA, have been hastening slowly in their explorations of digital currencies, largely because they recognise the potential of digital money to transform their financial systems, and not always in a good way.

Trends within the major financial systems away from cash and towards e-money and e-payments on private platforms provide the underlying rationale for their interest but the speed at which China is moving and the implications of a major central bank-issued currency being used for international payments has heightened that interest.

China has said its goal for the e-yuan is primarily relate to its domestic usage – China has been reigning in its big e-commerce companies, like Ant Group, because of the scale of their private payments platforms within its financial system and their closely-guarded hoards of customer data – but it is also trialling international usage. 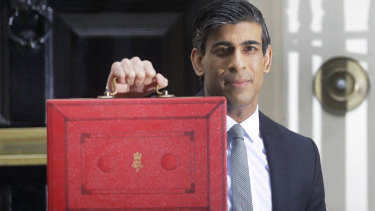 UK chancellor Rishi Sunak, announced that the UK Treasury and Bank of England would evaluate the creation of a digital currency.Credit:AP

That, in the long term, might be part of an ambition to erode the US dollar’s dominance of the international finance system and trade transactions (although China denies that) and reduce China’s vulnerability to the US financial sanctions that the dollar’s hegemony enforces.

Bitcoin and other cryptocurrencies are less of a threat to central banks. Their prices are volatile (Bitcoin’s fell 15 per cent last Sunday) and therefore they aren’t good stores of value or media of exchange but are rather mechanisms for speculation.

Nevertheless, their potential for use in criminal activity and money-laundering means their increasing acceptance is of concern to the central banks and their governments.

Facebook experienced a backlash from regulators to its original plans to issue a stable coin, Libra (renamed Diem) because it was also seen as having longer term potential to undermine central banks’ control over monetary policies and be used for nefarious purposes.

The RBA (along with more than 60 other central banks) has been looking at digital currencies but, like the US Federal Reserve, which has a joint project with the Massachusetts Institute of Technology to evaluate the issuance of a digital dollar, has adopted a cautious and somewhat sceptical approach.

In a paper it issued last year the RBA said that, given the benefits and risks of introducing a digital currency, there didn’t seem to be a strong public policy case for its issuance here.

Introducing a CBDC isn’t as straightforward as simply replacing cash with an e-currency, particularly in a financial system, like Australia’s, which is already sophisticated and relatively efficient.

It might improve the efficiency of the payments system marginally and, perhaps, the effectiveness of implementing monetary policies but it would also have implications for the structure of the financial system, financial stability and the role of banks and other financial intermediaries. 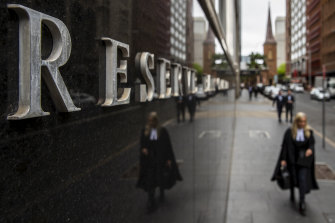 Australia’s RBA and other central banks around the world have taken a cautious approach with digital currency plans. Credit:Louie Douvis

It’s also the case that already most “money” in Australia is already in digital form, with cash representing only a fraction of the money in circulation and most money is in the form of balances recorded within electronic databases within the major banks.

Much of the central bank discussion of digital currencies is about whether, if they were to issue them, it should be at a wholesale level – issued to banks and other financial institutions – or at a retail level, where it would completely replace physical money.

Even with limited issuance at a wholesale level there could be risks given that the central bank would be interfacing with a much wider group of external institutions and that could have an impact on bank deposits – their primary source of funding – and systemic stability.

The more interesting and exciting option would be the retail version, with the central bank either issuing the currency and recording and verifying transactions or issuing the CBDC to the private sector institutions.

The latter is favoured by the RBA, given that banks already have the systems to on-board customers, maintain records of their transactions and comply (or try to comply) with anti-money laundering, counter-terrorism and other regulatory requirements.

The risks, particularly during any period of financial stress, would be that savings would flow out of banks and other intermediaries and be held as CBDCs, essentially with the central bank. With the Australian banks reliant on deposits for about 60 per cent of their funding any “run” on a bank, or banks, could have magnified and quite dramatic and destabilising implications for the system.

The RBA, and other central banks, worry about the potential for disintermediation of their systems.

Apart from the increased potential for runs on financial institutions, the potential impact on bank funding cost and margins and their capacity to perform their credit assessment and creation functions represent a threat to the stability and efficiency of the system. There’s also, of course, the potential for fraud and cybersecurity concerns more broadly from moving to an all-digital currency.

It seems inevitable that the developed world will eventually move to CBDCs in response to what China and others, including the privately issued or created cryptocurrencies, tokens and stablecoin promoters, are doing. The steady decline in the usage of cash would alone eventually lead to change.

The mantra for most of the major central banks, including the Fed, European Central Bank and the RBA, is, however, “not just yet.”

If the UK – one of the world’s key financial centres – were to act, however, it would almost inevitably force their hands.