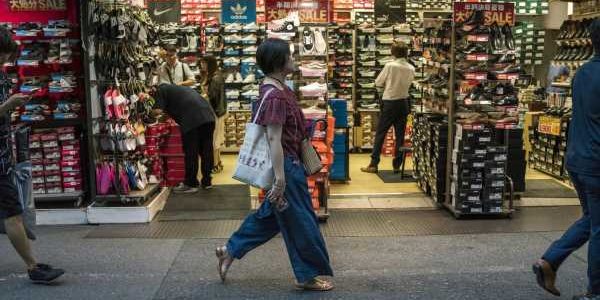 Stocks in Asia slipped after another tumultuous session on Wall Street and further declines in Treasury yields, on heightened trade uncertainty and fears of a slowing global economy.

Japanese shares opened lower along with South Korea. Contracts on the S&P 500 Index edged higher after the U.S. gauge swung more than 1% for a 12th straight day in above-average volume before finally ending the day up. The dollar was little changed. Money continued to pile into bonds, with these the latest milestones reached:

Trade headlines have kept investors on edge amid volatility that’s gripped markets for most of August. Chinacalled looming U.S. tariffs a violation of accords reached by Presidents Donald Trump and Xi Jinping, while Trump said Thursday that any deal with must be “on our terms.” With traders gunning for more rate cuts from the Federal Reserve, chair Jerome Powell maygive a hint of his thinking when he speaks Aug. 23 at the annual central bankers retreat in Jackson Hole, Wyoming.

“The Fed, in order to keep this expansion going, needs to provide additional accommodation,” Tiffany Wilding, U.S. economist at Pacific Investment Management Co., told Bloomberg TV. “Whether they are able to arrest the downturn — there is some question around that. Ultimately we think that they will be able to.”

Here are the main moves in markets:

— With assistance by Sarah Ponczek