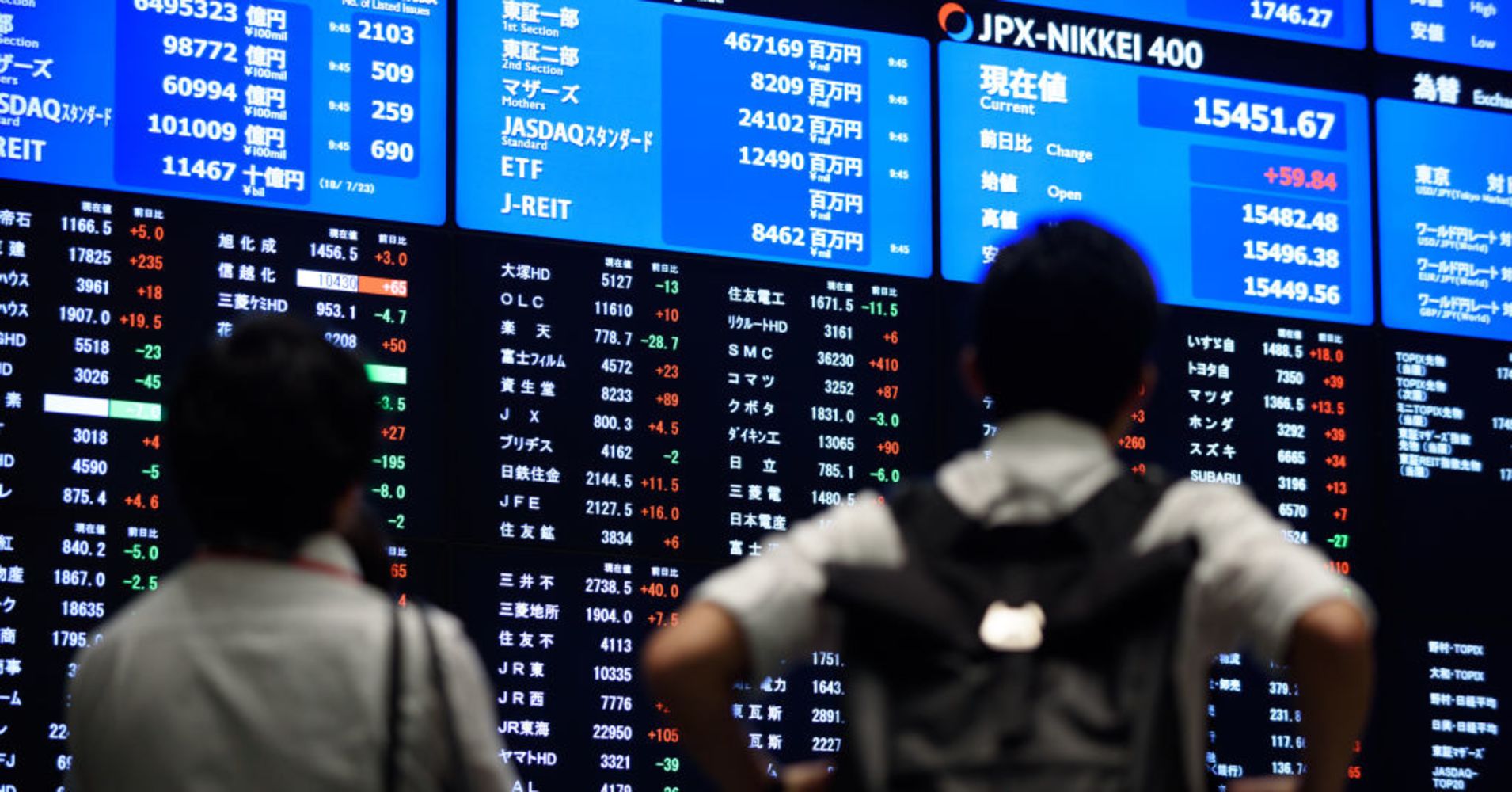 Asian markets were mixed on Wednesday, with benchmarks in Japan and Hong Kong tracking higher after Wall Street mostly advanced on the back of strong corporate results overnight.

The Nikkei 225 traded higher by 0.4 percent in Tokyo, with the iron and steel sector leading gains in early trade: JFE Holdings rose 3.37 percent and Nisshin Steel rallied 2.6 percent. Automakers were higher for the most part, but Mitsubishi Motors dropped 2.91 percent despite reporting expectation-topping earnings in the previous session.

Mainland China stocks were narrowly mixed in the morning, with the Shanghai Composite lower by 0.16 percent after three consecutive sessions of gains while the smaller Shenzhen Composite moved higher by 0.09 percent. In Hong Kong, the Hang Seng Index climbed 0.44 percent to record more convincing gains as energy supported the benchmark.

In Seoul, the Kospi slipped into negative territory as large cap technology stocks turned lower, with Samsung Electronics inching down by 0.11 percent. The index eased 0.19 percent as manufacturing plays rose while automakers and retailers declined.

Earlier in the week, Beijing announced that it would turn to more vigorous fiscal policy, including corporate tax cuts, Reuters reported, with the changes coming in the wake of the U.S.-China trade war. Chinese equities were given a boost in the last session on the back of those policy changes, with the Shanghai Composite leading the advance in major Asian markets in the previous session.

“As compared to Beijing’s actions in 2008/9, when it unleashed a 4 trillion yuan spending package, China’s government is now seeking to address growth concerns with a chisel instead of a sledgehammer,” Tai Hui, chief market strategist at J.P. Morgan Asset Management, said in a note.

“Recent market reaction seems to welcome this development … The announcement could potentially be the catalyst needed to support investor sentiment and prompt them to re-engage in the near term.”

On the trade front, the Trump administration intends to offer as much as $12 billion in aid to support farmers affected by tariffs in ongoing disputes between the U.S. and its trading partners.

U.S. tariffs on $34 billion in Chinese imports took effect earlier this month and were met with retaliatory measures from Beijing that targeted the same value of U.S. goods, including American soybeans among other products.

U.S. President Donald Trump said in a Twitter post earlier on Tuesday that “Tariffs are the greatest! Either a country which has treated the United States unfairly on Trade negotiates a fair deal, or it gets hit with Tariffs. It’s as simple as that – and everybody’s talking!”

That came ahead of his meeting with European Commission President Jean-Claude Juncker on Wednesday U.S. time, with talks expected to be focused on American tariffs on steel and aluminum and other trade-related issues.

The mixed session in Asia also came on the back of U.S. stocks mostly rising overnight on the release of strong corporate earnings, with Google-parent Alphabet jumping 3.9 percent after the company reported expectations-topping results after the market close on Monday.

Among individual movers, LG Display edged higher by 0.47 percent after earlier reporting a loss of 228 billion won ($202.2 million) for the second quarter. That was still slighter than the 247 billion won loss forecast in a Thomson Reuters poll.

Meanwhile, SK Engineering and Construction shareholder companies saw their stocks drop after a dam the construction company was building in Laos collapsed. Hundreds of people are currently missing in the wake of the accident, Reuters reported. SK Holdings dropped 3.83 percent and SK Discovery lost 9.73 percent.