WILMINGTON, Del./WASHINGTON (Reuters) – President-elect Joe Biden on Monday said business and labor leaders had signaled willingness to cooperate to fix the pandemic-battered U.S. economy but stressed the coronavirus first must be brought under control and urged Congress to pass relief legislation.

The Democratic president-elect said they were “ready to come together” and that “the unity was astounding.”

Biden will inherit an economy that has suffered millions of job losses during a pandemic that has killed more than 246,000 people in the United States. U.S. COVID-19 cases have surged as Biden prepares to take office on Jan. 20.

“We’re going into a very dark winter. Things are going to get much tougher before they get easier,” Biden said of the pandemic.

“As you battle COVID, we have to make sure that businesses and workers have the tools, the resources and the national guidance and health and safety standards to operate safely,” Biden added.

He called for bipartisan cooperation and urged Congress to pass pandemic relief legislation. Talks on such legislation stalled for months before the election.

“We’re all Americans, so let’s get to work,” Biden said.

Also taking part were AFL-CIO president Richard Trumka and the heads of the Service Employees International Union, the United Auto Workers and two other large unions.

Biden started the meeting speaking about his love of Corvettes with the head of GM and the auto workers union that represents some of the automaker’s employees. Biden then switched to a more somber tone as he addressed the “pretty dark” state of the economy because of the coronavirus.

“We all agree on these common goals,” Biden told the participants, before using a campaign slogan. “We agree that we can’t just build back the economy. … We have to build back better.”

Biden earlier on Monday said Moderna Inc’s MRNA.O announcement that its experimental COVID-19 vaccine was 94.5% effective based on interim data from a late-stage trial provided fresh hope for beating the coronavirus. Coupled with positive results last week on a rival Pfizer Inc PFE.N shot, Moderna’s news added to optimism that widespread vaccination in the coming months could help tame the pandemic.

Biden moved ahead with economic planning even as Republican President Donald Trump on Monday again refused to accept his election loss. Trump’s national security adviser, Robert O’Brien, said on Monday he was prepared to ensure a professional transition to Biden’s team.

“If there is a new administration, look, they deserve some time to come in and implement their policies,” O’Brien said. “If the Biden-Harris ticket is determined to be the winner, and obviously things look like that now, we’ll have a very professional transition from the National Security Council, there’s no question about it.”

Biden beat Trump in the Nov. 3 election by the same 306-232 margin in the state-by-state Electoral College that prompted Trump to proclaim a “landslide” when he defeated Hillary Clinton in 2016. Biden also won the national popular vote by at least 5.5 million votes, or 3.6 percentage points, with some ballots still being counted.

Trump has made no headway with legal challenges in multiple states so far.

Major business groups including the U.S. Chamber of Commerce and Business Roundtable already have congratulated Biden on his victory and said they looked forward to working with him.

Unlike in 2008, when the country elected Democrat Barack Obama and his running mate Biden as the global economy teetered from the sub-prime mortgage crisis, the worst of the current economic downturn may have passed. Unemployment has come down sharply from its April peak of 14.7% to 6.9% and is projected to fall further throughout next year.

Election officials from both parties have said there is no evidence of major irregularities. Federal election security officials have decried “unfounded claims” and expressed “utmost confidence” in the election’s integrity.

Trump suffered another setback when James Bopp, a conservative attorney, on Monday voluntarily withdrew lawsuits filed in federal courts seeking to block the states of Georgia, Michigan, Pennsylvania and Wisconsin from certifying their election results. The lawsuits made unsubstantiated claims of illegal voting.

Biden’s top advisers said Trump’s refusal to begin a transition could jeopardize the battle against the pandemic and inhibit vaccine distribution planning.

Moderna was part of the Trump administration’s Operation Warp Speed program aimed at expediting COVID-19 vaccine development. Unlike Pfizer’s vaccine, Moderna’s shot can be stored at normal fridge temperatures, which should make it easier to distribute.

Other companies and groups also are in advanced stages of developing promising vaccines. 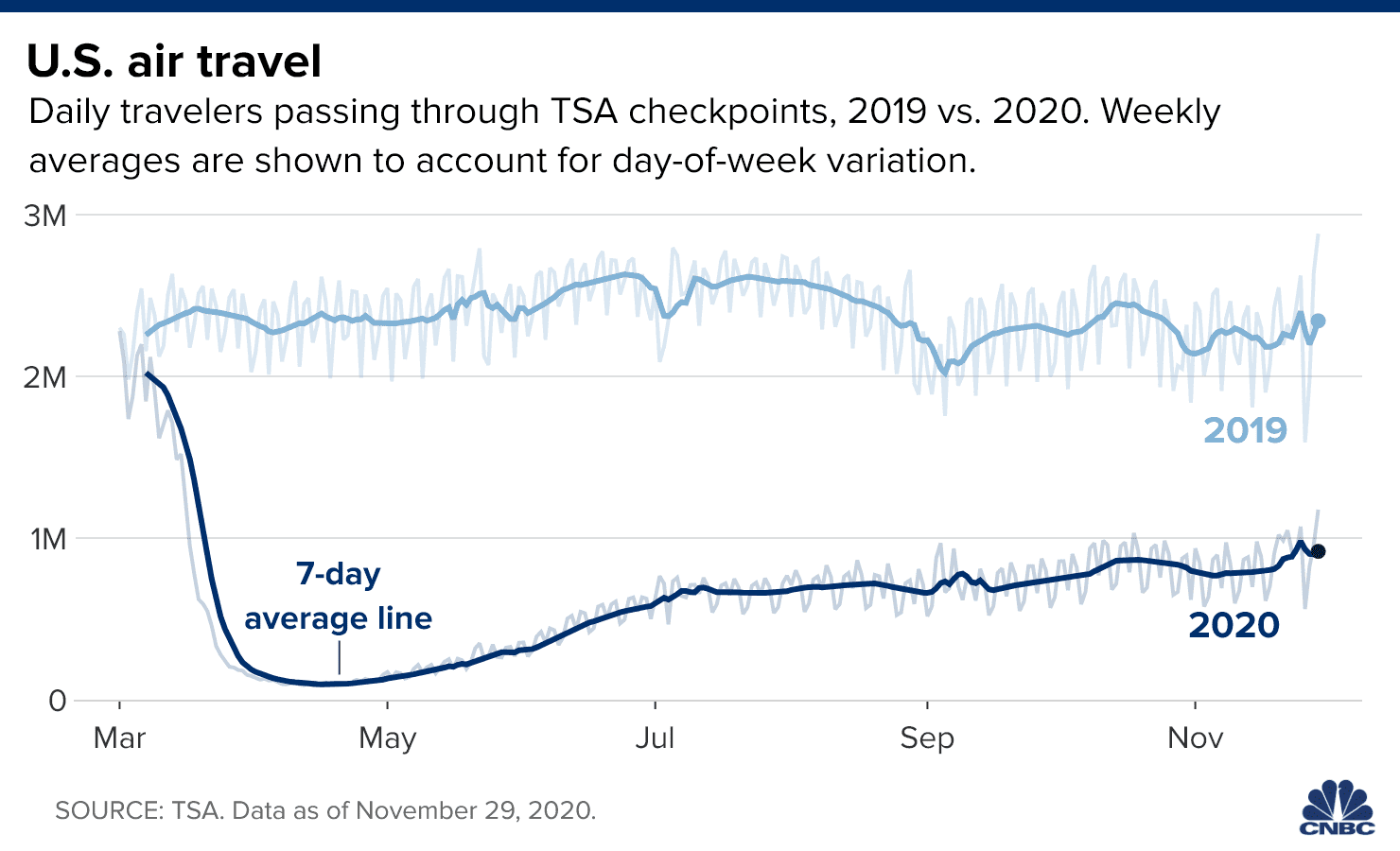