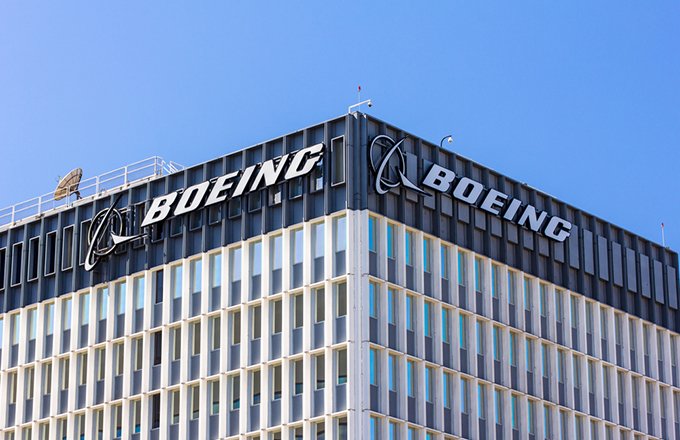 Why Boeing’s Stock Can Soar 25%

Boeing Co. (BA) has been soaring this year, more than quadrupling the pace of the broader market, and looks set to reach new altitudes. While the ride higher has been with worries over trade-war protectionism and tariffs, higher expected earnings and a robust cash-flow outlook are a few reasons why Robert W. Baird analyst Peter Arment gives the airplane manufacturer’s stock a buy rating and, given his price target, sees another 25% rise on the horizon, according to Barron’s.

Favorable aircraft deliveries will help boost earnings, as Arment raised his earnings estimate for the second quarter to $3.50, which is five cents above consensus estimates. He is especially bullish on 737 deliveries and likes Boeing’s current backlog situation at just below 6,000 aircraft at the end of Q2. His enthusiastic cash-flow outlook sees the company bringing in $13.4 billion in free cash flow for all of 2018, which he expects to rise to $14.3 billion in 2019 and $15.6 billion for 2020.

Credit Suisse’s Robert Spingarn is also upbeat about Boeing, with an even more aggressive price target of $455. He expects the company’s core earnings and cash flow to be driven by another “solid quarter” of “operational excellence,” according to a separate article published last week by Barron’s.

These optimistic expectations from Arment and Spingarn come after a solid first quarter showing that beat analysts’ estimates: earnings came in at $3.64 per share compared to Thomson Reuters’ forecast of $2.58 per share; and revenue came in at $23.38 billion compared to a forecasted $22.26 billion by Thomson Reuters. The strong performance has come from robust aircraft demand as well as a cash boost from tax reform, and will get added benefits from increased U.S. defense spending. (To read more, see: Boeing Looks for a Rebound After Strong Earnings.)

Of course, if President Donald Trump’s budget and infrastructure proposals get pushed aside, the outlook would definitely weaken. Further, like any other manufacturing stock, Boeing is susceptible to weaker demand in the event of an economic downturn. Regardless of how productive and well run the company is, if a recession weakens demand for aircrafts, Boeing’s revenues, earnings and stock price will take a hit. On that note, there have been warnings of the current economic cycle entering into its later stages with a recession waiting just around the corner (To read more, see: Billionaire Jeffrey Gundlach’s Recession Portfolio.)