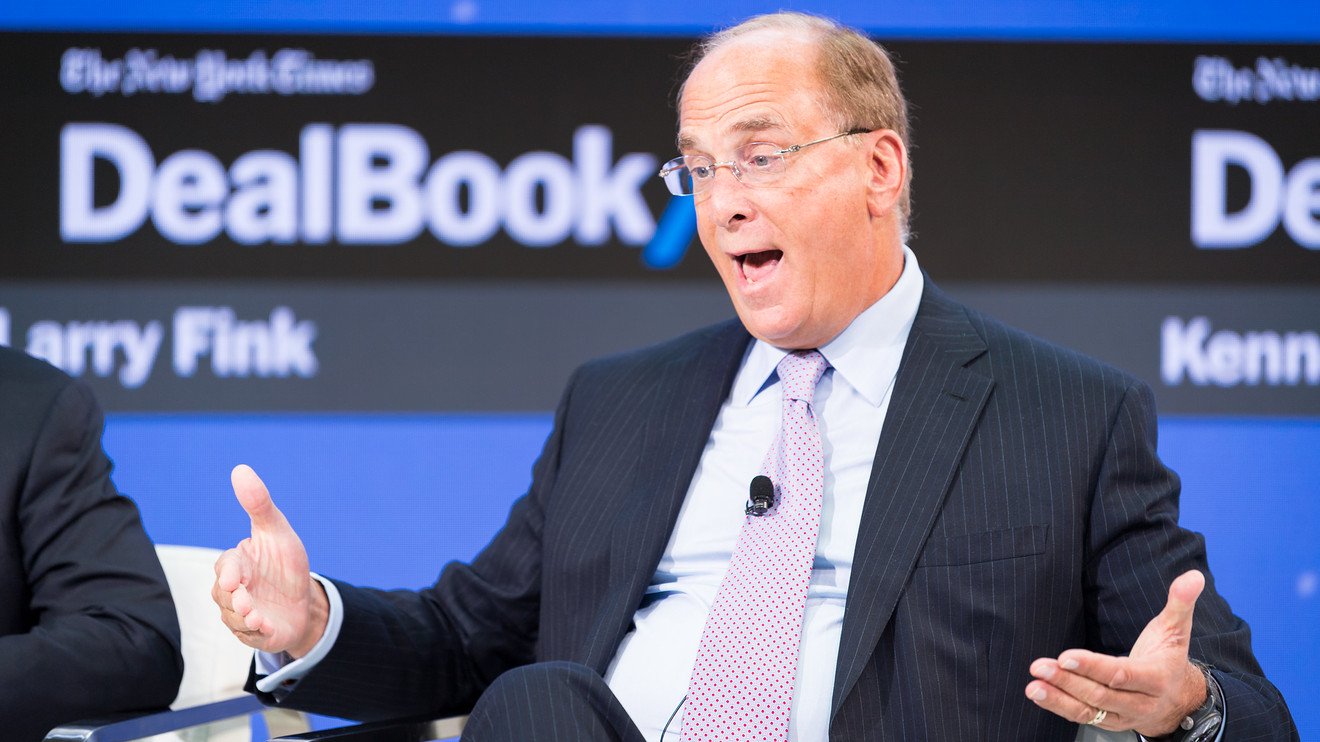 Larry Fink, CEO of world’s largest asset management firm, BlackRock Inc., says that trade wars pose a looming threat for Wall Street, despite a recent run-up in U.S. equity benchmarks, joining a number of high-profile investors to warn of the potential for trade concerns to hurt the market.

Speaking during a Monday interview on Bloomberg, Fink said the stocks could drop between 10% and 15% should President Donald Trump follow through with a promise to impose a further $200 billion in levies of 10% on China imports. On Friday, stocks were trading flat to slightly lower, with the Dow Jones Industrial Average DJIA, +0.07% looking at a 1.2% year-to-date gain, the S&P 500 index SPX, -0.05% on pace for a rise of 4.6%, the Nasdaq Composite Index COMP, -0.13% was set for a return of more than 13% thus far in the year. The small-capitalization focused Russell 2000 index RUT, -0.51% which has been viewed as insulated from trade worries due to the domestic focus of the revenues of its constituents, was up 9.2%, so far in 2018.

“The market’s having a hard time digesting the whole change in globalization and trade,” Fink said in an interview on Bloomberg TV. “The foundations of international trade are being raised and being questioned,” he said.

The comments echoed those Fink made during the asset manager’s second-quarter call with analysts to discuss its better-than-expected results. “Most significantly, some of the strongest foundational components of international investing are being tested as trade frictions escalate to new levels,” the BlackRock BLK, -0.80% boss said during the Friday morning call.

Fink noted that upbeat earnings, which should otherwise lift stocks, are being offset by the hand-wringing in the C-suite about the potential for an intensification of disputes over global trade that has rattled investors in the past several months.

“Strong earnings and the U.S. economic growth unfortunately are being offset by heightened uncertainty due to rising protectionism and potential barriers to the open markets and free trade that have been for years supported global economic growth and the expansion of international markets. These circumstances are impacting markets, exchange rates and global capital flows,” he said.

Read: The stock market’s next step could tip the balance toward bears—or bulls

Fink also said that he sees the market at a “pivotal point” that has caused investors to hold off on business investments. “We are at a pivotal point. Clients are struggling to better understand increased risk and uncertainty and market dynamics are shifting causing those clients to pause as they think about the future,” he said on the analyst call.

Besides Fink, Scott Minerd of Guggenheim Partners has said investors shouldn’t be lulled into a false sense of security amid intensifying clashes over global trade, and Ray Dalio, the founder of hedge fund Bridgewater Associates indicated that trade clashes harbor problems for investors.