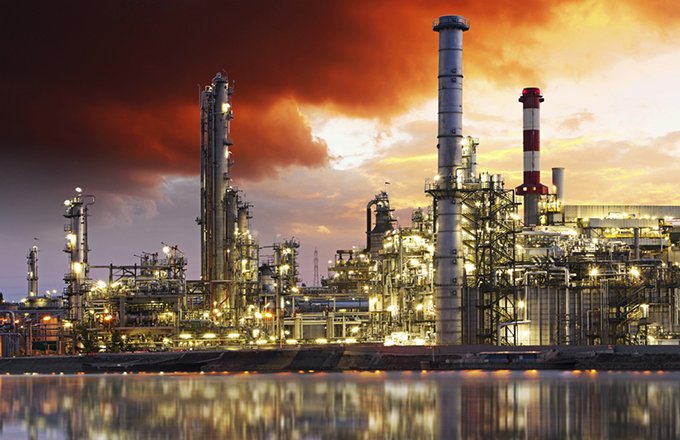 Chesapeake Energy Corporation (CHK) shares fell more than 5% on Monday after Libyan production sent crude oil prices sharply lower. After crude oil’s significant rally over the past year, the market was ripe for a correction, and the reopening of four ports in Libya was enough to offset early strength from a drop in U.S. production. The market has also been adversely affected by worsening trade tensions and a stronger U.S. dollar.

Chesapeake Energy was one of the worst hit companies, but energy stocks experienced a broad decline. Exxon Mobil Corporation (XOM) fell just over 1%, BP p.l.c. (BP) fell about 1.6% and Hess Corporation (HES) fell 4% during the session. Despite the bearish sentiment, many analysts remain bullish on crude oil’s prospects for the rest of the year. Bank of America Merrill Lynch analysts see Brent crude hitting $90 per barrel by the second quarter of next year, driven by concerns over Iran’s oil production and falling inventories in the U.S. (See also: Crude Oil Price Forecast: Trade Fears Dominate.) 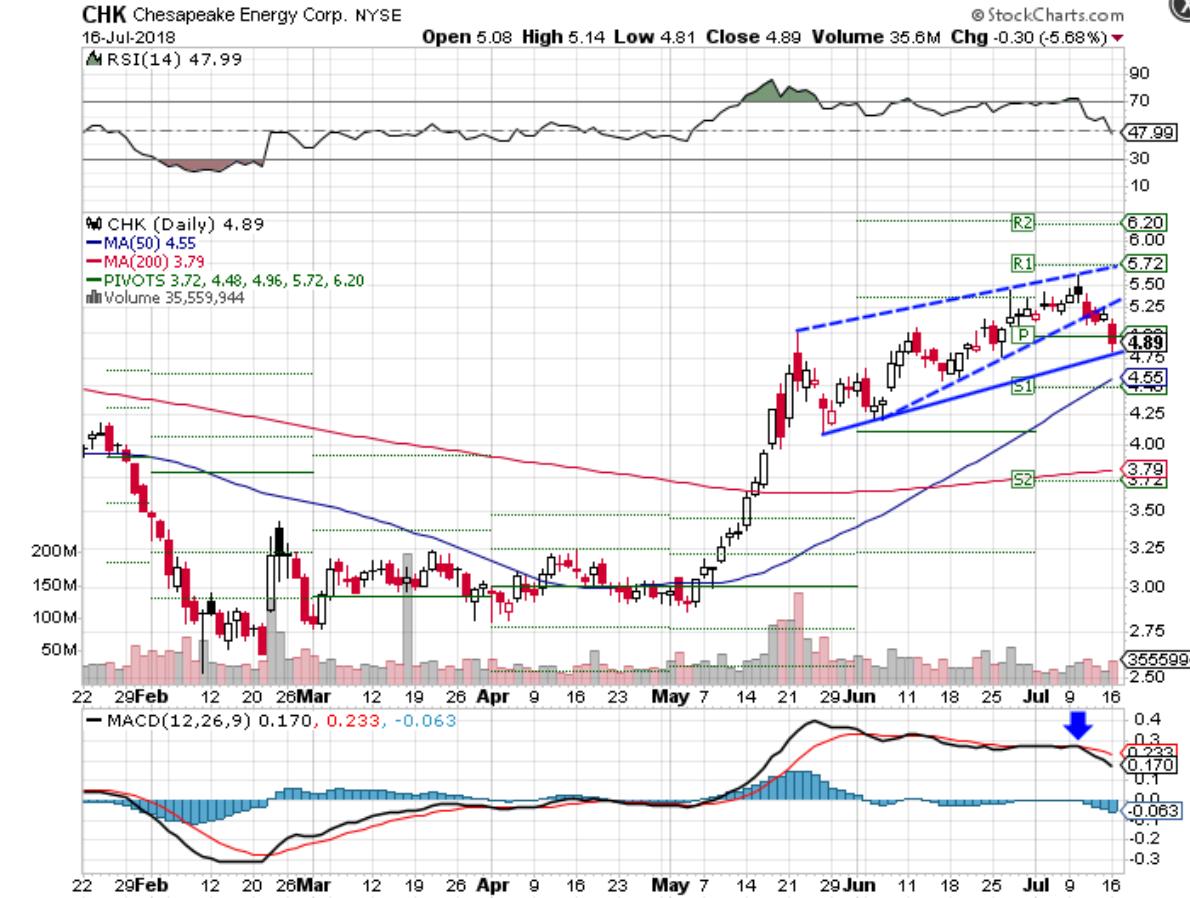 From a technical standpoint, Chesapeake Energy stock broke down from a rising wedge pattern to trendline support at around $4.90. The relative strength index (RSI) moved to neutral levels of 47.99, while the moving average convergence divergence (MACD) experienced a bearish crossover. These indicators suggest that the stock could see more downside ahead as traders take profits off the table following crude oil’s robust rally.

[Check out Chapter 4 of the Technical Analysis course on the Investopedia Academy to learn more about supplemental technical indicators such as the RSI and the MACD.]

Chart courtesy of StockCharts.com. The author holds no position in the stock(s) mentioned except through passively managed index funds.