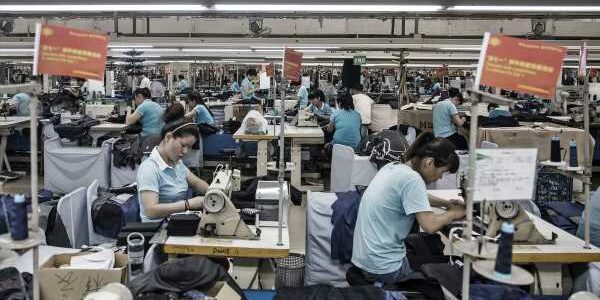 A troubled Chinese clothing firm has defaulted on two domestic bonds in 24 hours, in the latest sign of financial stress among the country’s weaker private companies.

Shandong Ruyi Technology Group Co. hasn’t wired funds for coupon payment on a 1 billion yuan ($153 million) bond due Tuesday, according to afiling to the Shanghai Clearing House. The company cited tight liquidity for missing the payment.

The latest default followed the firm’s failure to repay principal and interest on a separate 1 billion yuan note due Monday.

Shandong Ruyi, which has been struggling with its finances after a $4 billion global acquisition spree, haddelayed the coupon payment twice earlier this year for the 7.5% note due Tuesday.

The luxury clothing firm’s debt failures are shifting investors’ attention back to risks in China’s private sector following a spate of bond defaults by several high-profile state-linked firms since last month. Led by private firms, onshore defaults in the country have surpassed100 billion yuan for a third straight year in 2020.

Concern about the company’s finances has grown this year after a local government financing vehiclewithdrew from a pact to become its second-largest shareholder.

— With assistance by Charlie Zhu, and Jing Yang