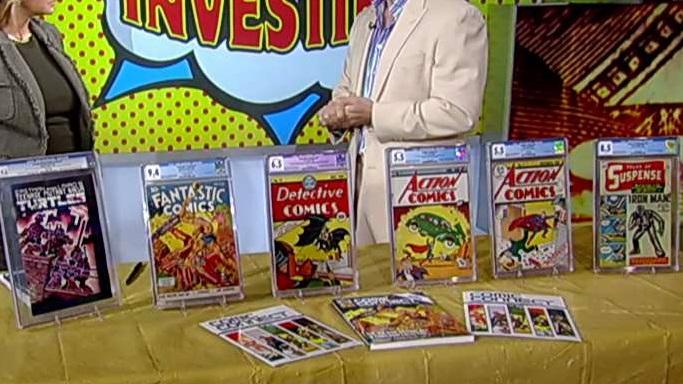 What is behind the comic book craze?

Nearly five decades after its debut, San Diego Comic-Con is a booming business, complete with appearances from A-list actors, corporate sponsorships and tens of thousands of paying fans.

This year’s showcase event, which kicked off Wednesday with a “preview night” before four full days of panels and programs, is expected to draw more than 130,000 ticketholders, as well as more than 200,000 other fans who will congregate in the area around the San Diego Convention Center. Tickets for this year’s event sold out last December and cost $276 for a four-day access pass that includes a spot at preview night, plus the costs of hotel rooms, travel and other expenses.

While San Diego Comic Convention, the event’s organizing body, operates as a nonprofit group, proceeds from the event have risen steadily in recent years. Comic-Con earned roughly $19.5 million in 2016 against $15.3 million in expenses, according to the group’s most recent tax filing with the IRS. The nonprofit also reported net assets of about $25 million that year.

Production costs for the 2018 edition of the showcase are expected to be about $16 million, the San Diego Union-Tribune reported.

Several highly anticipated films and television shows are expected to make appearances at Comic-Con, including the cast of “Aquaman,” based on the DC superhero, the Harry Potter-inspired “Fantastic Beasts: The Crime of Grindelwald” and the latest star of the cult-classic sci-fi series “Doctor Who,” actress Jodie Whittaker.

Marvel Studios, Star Wars and HBO are among the notable absences at this year’s event.

A full breakdown of every panel and event at Comic-Con International 2018 can be found on the program’s website.