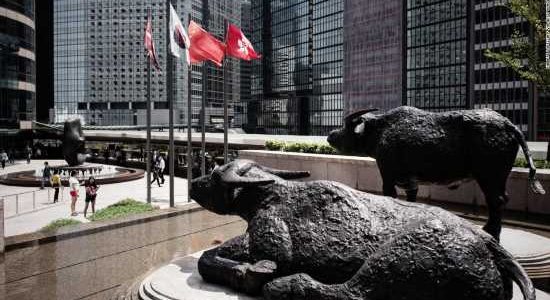 Hong Kong (CNN Business)Trading on Hong Kong’s new Nasdaq-like technology index got off to a rough start Monday as the Asian financial hub looks to cement its status as a base for Chinese tech, while tensions between the United States and China escalate.

The Hang Seng TECH Index — which tracks the 30 largest tech firms that trade in the city, including Alibaba (BABA) — briefly jumped 2.2% in early trade and was at one point a top performer in the region. But it then reversed course and fell 1.4%.
The index’s debut comes a week after index compiler Hang Seng Indexes announced its creation. HSI at the time noted that the tech sector has taken on an increasing level of importance in Hong Kong as companies including Alibaba (BABA), JD.com (JD) and NetEase (NTES) — all of which trade in New York — have in recent months held secondary listings in Hong Kong. And Ant Group, the company behind the Chinese mobile payments business Alipay, announced last week that it has chosen both Hong Kong and Shanghai for its initial public offering. 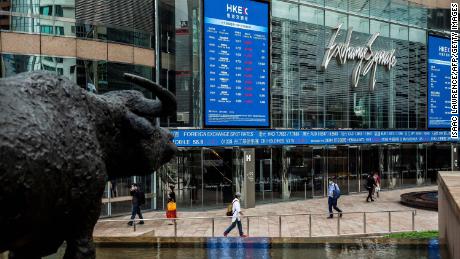 The new index is the “Nasdaq of the East,” analysts from Citi wrote in a note last week. They added that “high quality” Chinese tech companies will likely be attracted to Hong Kong.
Stocks elsewhere in the region were mixed. South Korea’s Kospi (KOSPI) advanced 1.2%, while China’s Shanghai Composite (SHCOMP) ticked up 0.1%. But Hong Kong’s benchmark Hang Seng (HSI) inched down 0.1%, and Japan’s Nikkei (N225) lost 0.3%.

Investors are continuing to monitor the progress of the coronavirus pandemic worldwide, along with tensions between the United States and China. The US consulate in Chengdu closed Monday after Beijing ordered it to shut. Last week, the US government abruptly ordered the closure of China’s consulate in Houston, Texas.

Gold prices soared to a record high, surpassing $1,933 per ounce as investors sought safe haven assets amid geopolitical uncertainty.
US stocks, though, may still book a positive day Monday. Futures for the Dow (INDU), Nasdaq (COMP) and S&P 500 (SPX) were all up at least 0.5%.
Source: Read Full Article