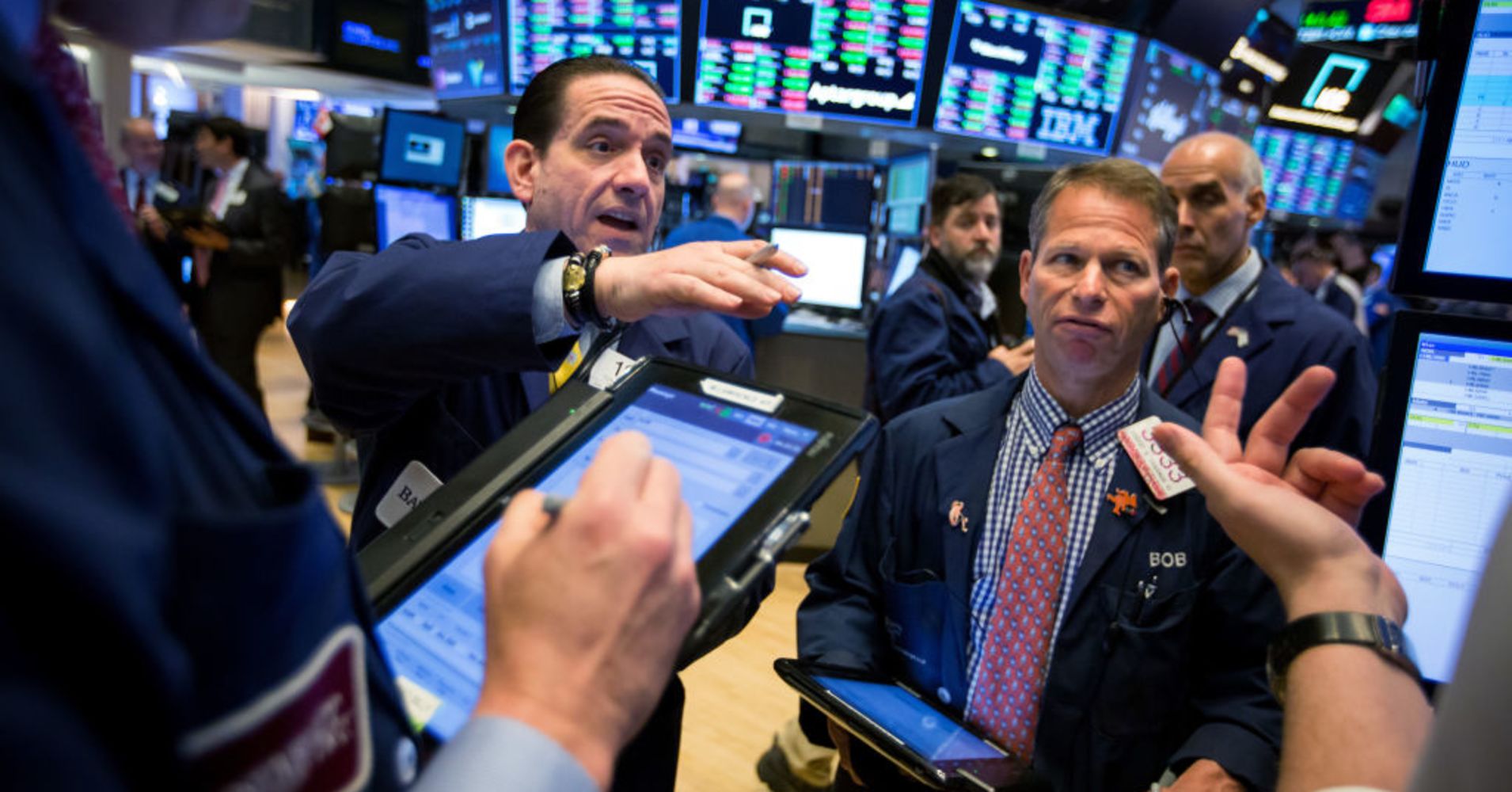 Earnings are expected from a third of S&P 500 companies in the week ahead, and there will also be an important report card on the economy, with second-quarter GDP expected to be the strongest in four years.

President Donald Trump made plenty of headlines in the past week, and fallout from some of those could appear in the week ahead. Traders will be watching China early Monday to see what kind of move occurs in its currency. Trump on Thursday and Friday criticized China and Europe for driving down their currencies at the expense of the dollar. The dollar lost about 1 percent on his comments over two days.

Trump also said in an interview with CNBC that he might slap tariffs on $500 billion in Chinese goods, a comment that weakened stocks Friday, but stocks ended the day little changed. For the week, the S&P 500 was barely positive, up 0.02 percent, but it squeaked out a third weekly gain and held above the key 2,800 level, closing Friday at 2,801.

“It could have been a lot worse,” said Scott Redler, partner with T3Live.com. “The market’s trying to do everything it can do to get going. We have Google on Monday, Amazon on Wednesday. Will there be any kind of FOMO [fear of missing out]? Will there be more upside, or with strong reports are most of the gains priced in?”

Redler said if there are some really strong earnings, that may help propel the S&P well above 2,800 toward the range of its all-time high at 2,872.

About 170 S&P companies and 11 Dow companies report earnings, and earnings growth is expected to be about 20 percent for the quarter. Some of the names reporting include AT&T and Verizon, reporting on Tuesday; Facebook, General Motors, Ford and Boeing on Wednesday; McDonald’s, MasterCard and Starbucks on Thursday, and Exxon Mobil and Chevron on Friday.

Second-quarter GDP on Friday is expected to come in at 4.1 percent, according to the median forecast in the CNBC/Moody’s Analytics rapid update. That would be the highest since the third quarter of 2014.

But Moody’s Analytics chief economist Mark Zandi said there could be some surprises in the data, given that the government is releasing a five-year benchmark revision to eliminate residual seasonality that has been depressing first-quarter growth.

Zandi said growth should remain strong for the next couple of quarters.

“I think the next year should be very strong because of all the fiscal stimulus,” he said. “It’s a lot of juice right now into the middle of next year.”

Tariffs and trade wars, however, are a risk for the economy. “It depends on which road we go down. If all that happens is the tariffs that are actually implemented are the ones implemented and that’s the end of it, no big deal. That shaves a tenth of a percent off growth in the coming year,” Zandi said. “If all the tariffs the government has threatened [excluding the threat on $500 billion in Chinese goods were implemented] that would shave about a half point off growth in the coming year. You could come under the darkest scenario, if Trump does impose all the tariffs on the Chinese. That’s enough to push us into a technical recession in the second half of next year.”

The European Central Bank meets Thursday, and that could be a chance for ECB President Mario Draghi to comment on Trump’s currency remarks during a press briefing.