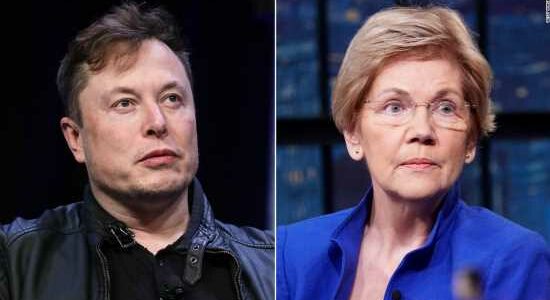 Elon Musk to Bernie Sanders: 'I keep forgetting that you're still alive'

New York (CNN Business)Senator Elizabeth Warren and Tesla CEO Elon Musk are in the middle of a full-scale Twitter war. Warren called the world’s richest person a freeloader for paying $0 in income taxes in recent years. Musk responded with a series of personal attacks, calling Warren “Senator Karen” and claiming his income tax bill is about to be the largest in US history.

Warren has long advocated for raising taxes on the wealthy by imposing a tax on the richest Americans’ assets, rather than just their income. After Musk was named Time Magazine’s Person of the Year, Warren complained he should be paying more taxes.

“Let’s change the rigged tax code so The Person of the Year will actually pay taxes and stop freeloading off everyone else,” she tweeted Tuesday.

Musk, who has never shied from a Twitter war, replied with a string of insults.
“You remind me of when I was a kid and my friend’s angry Mom would just randomly yell at everyone for no reason,” he said in one tweet.
Musk is worth an estimated $251 billion, according to Forbes’ Real Time Billionaires estimate. But an investigation by ProPublica reported that in 2018, he and other billionaires paid zero in taxes. That year, he had little in the way of taxable income, given that he sold no shares of his stock and received no cash salary or bonus.

Why Musk will pay at least $7.6 billion in taxes this year

But Musk will face a huge tax bill this year — a fact he pointed out in another Twitter response to Warren.
“And if you opened your eyes for 2 seconds, you would realize I will pay more taxes than any American in history this year,” he tweeted.
Musk has been exercising stock options he was granted as his compensation in 2012, options that vested as Tesla hit some pre-arranged financial and operational targets over the following six years. Those options are due to expire next year. If he does not exercise them by August, he will lose them.
Although Musk hasn’t paid taxes on their value so far, he will have to pay up soon — and the tax bill will be substantial.
That’s because once he does exercise those options, the value of the shares he acquired, less the very nominal exercise price of $6.24 a share, counts as income. And his bill on those shares will be at the top federal income tax rate of 37%, plus another 3.8% net investment tax on top of that, along with some undetermined level of state income tax. 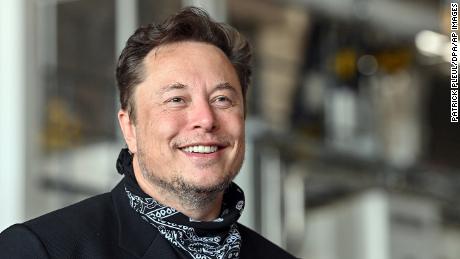 Musk could have waited until next year to exercise these options. But if Democrats are able to pass the Build Back Better bill, it could raise his federal tax bill significantly. Although passage of the bill is by no means certain, it would raise the tax bite on the kind of trades Musk made — perhaps by 8 percentage points above what he now pays. That’s probably why he has been exercising the options earlier than he needed to.
So far, Musk has exercised nearly 15 million of the 22.9 million options that were due to expire. And the value of those newly acquired shares was roughly $15.8 billion, meaning he faces a federal tax bill of $6.4 billion. He has sold 6.5 million of those newly acquired shares to pay the withholding due on the exercise of the options, according to the filings he made with the Securities and Exchange Commission about his stock trades.
He’s been exercising options and selling shares every week since early November and he will probably exercise at least another 4 million options, if not more, before the end of the year. That could raise his 2020 tax bill by nearly $2 billion more.
Last month, Musk also sold 5.4 million shares he had held in trust, most of which he has held since the 2010 initial public offering. Those shares will be taxed at a lower long-term capital gain rate of 20%, so he’ll face an additional federal tax bill of about $1.2 billion more on those sales.
So his federal tax bill to date for 2021 stands at $7.6 billion, with a chance it could rise to nearly $10 billion or more by year’s end.

Wealth tax would cost Musk – if it passes

Musk’s net worth is mostly from his holdings in Tesla, although the value of his holdings in his other company, privately held SpaceX, is also significant. Over the years, both companies benefited significantly from US taxpayer support, with Tesla receiving at least $6 billion from various tax credits on its electric vehicles, and SpaceX signing government contracts worth about $10 billion.

Warren proposed wealth tax legislation earlier this year that would impose a 2% tax on the net worth of individuals and trusts worth more than $50 million and less than $1 billion, and 3% on those holdings of $1 billion or more.
Musk, as the richest person might face a tax bill, of $7.5 billion if that proposal were to pass, even if he didn’t trade any stock next year, given the current value of his holdings. And Tesla shares have risen more than any other in the last two years, meaning he could pay even more if it continues to gain in value. But that legislation so far has not come near to passing.
Source: Read Full Article