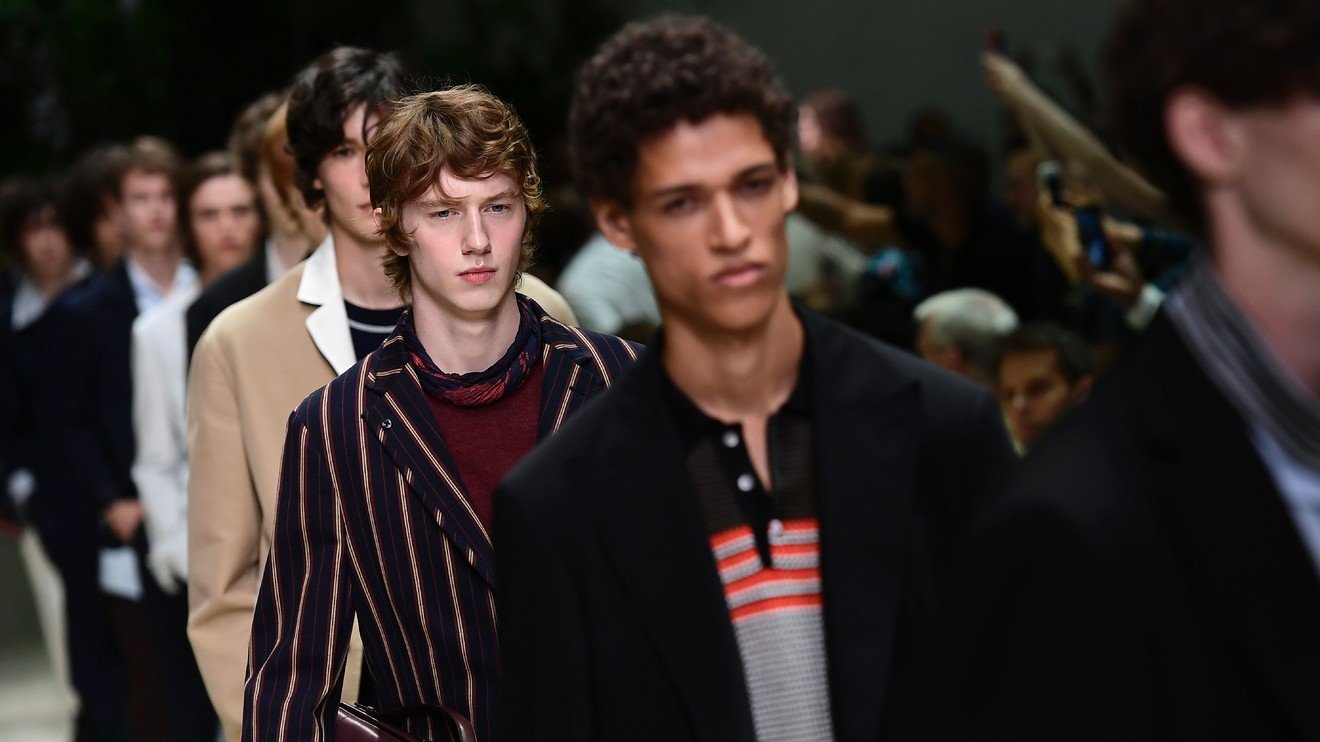 An all-out trade war could set off a 30% slide in shares of European makers of luxury goods, according to analysis from UBS.

Such a tumble would take place in a worst-case scenario that would include a drop of 1 percentage point in gross domestic product growth globally, and a double-digit cut in per-share earnings in the sector. The outlook comes as luxury stocks are trading at a premium, suggesting investors haven’t largely priced in trade-related risks.

The U.S. and China remain locked in a trade battle, with U.S. President Donald Trump recently threatening to put tariffs on all goods imported from China, which could amount to $500 billion. The U.S. and China are key markets for luxury goods as they account for roughly 55% of sales, says UBS.

“Tariffs themselves are unlikely to have much impact: the majority of production is in Europe, and companies would likely use currently-strong pricing power to mitigate any changes. However, the negative wealth effect from lower GDP (and weakening consumer confidence) would see demand slow,” UBS analysts led by Helen Brand said in research note issued Monday.

There’s currently 10% growth in organic sales of luxury goods, led by 35% of transactions in China. In a worst-case trade war scenario, growth in organic sales would slow to about 2% in 2019 and per-share earnings would decline 12%. Also, global GDP growth would be reduced to 3% from 4%. and global equity markets would tumble by more than 20%.

UBS’s base-case scenario calls for estimated growth of 7% in organic sales in 2019.

Shares of European luxury companies overall have climbed about 24% so far in 2018, leaving them to trade at a 70% premium to the market compared with an historic average of 40%, said UBS. Those rich levels should continue to find support if sales growth remains at 10%.

“However, it does suggest little risk is priced in and our new downside scenario could result in at least a -18% derating of the sector to 17-18 (times) trough earnings,” UBS said.

Swatch’s business has 70% of sales in the wholesale market which leads to more volatility from destocking/restocking cycles, the analysts said. Meanwhile, valuations for “turnaround” names Burberry and Ferragamo are high as investors anticipate further sales growth and margin expansion.

“Should this improvement not materialize in a weaker economic picture we could expect to see significant downside to both earnings forecasts and valuation,” said UBS. 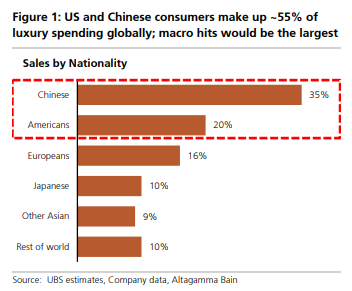 The U.S. has already imposed levies on $34 billion in machinery and components from China and China has responded in kind. Another $16 billion in U.S. tariffs on Chinese products is the pipeline.

The Trump administration has also imposed tariffs on steel and aluminum imports from the European Union and has threatened levies on European auto imports. Trump and Jean-Claude Juncker, the European Union’s top official, will meet on Wednesday to discuss trade at the White House.