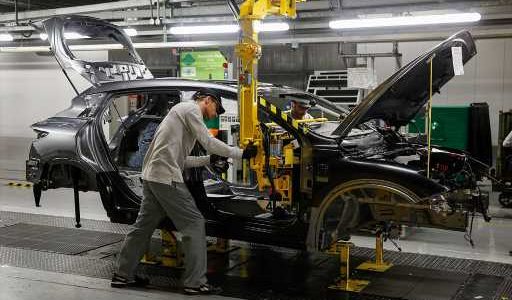 European markets rise with economic data in focus; Melrose up 10%

The pan-European Stoxx 600 added 1.2% in early trade, with banks, autos and travel stocks all adding more than 2.5% to lead gains. All sectors and major bourses were trading in positive territory.

Final euro area Markit Purchasing Managers' Index (PMI) composite readings Thursday showed that economic activity expanded by more than expected in August, coming in at 51.9 against a forecast of 51.6, with a reading above 50 representing monthly expansion.

This was lower than the 54.9 reading for July, however, as a number of European countries wrestle with resurgences in coronavirus cases.

Germany's services PMI for August was revised sharply higher to 52.5 from a preliminary estimate of 50.8.

Global equities are receiving a boost from hopes for further U.S. stimulus and progress on a coronavirus vaccine, with 76 nations now committed to the World Health Organization's "COVAX" program to evenly distribute vaccines when they become available.

European stocks received a mixed handover from Asia Pacific, where South Korean and Japanese markets led gains while mainland Chinese shares declined. China's services sector expanded again in August, according to a private survey. The Caixin/Markit services PMI came in at 54.0, as compared to July's reading of 54.1.

Stateside, both the S&P 500 and Nasdaq notched record highs on Wednesday and the Dow Jones Industrial Average posted its first close above 29,000 points since February. Wall Street looks set for a more muted open Thursday after a strong start to the month, with the Labor Department's key weekly jobless claims data a key focal point for investors later in the day.

Back in Europe, the EU's Brexit negotiator said Wednesday that the U.K. must address the bloc's demands on fisheries and fair competition in order to confirm new trading arrangements by the end of October deadline.

Meanwhile, Bank of England Deputy Governor Dave Ramsden and fellow policymaker Gertjan Vlieghe on Wednesday warned that the British economy could suffer a deeper wound from the coronavirus pandemic than the Bank projected last month.

In corporate news, Commerzbank on Wednesday severed ties with auditor EY in light of the Wirecard accounting scandal, with the British accountancy giant now in the spotlight having signed off on Wirecard's books for years.

In terms of individual share price action, Melrose Industries gained 10% in early trade after reporting stronger-than-expected trading over the summer months and projecting a recovery in the aviation and automotive sectors, despite profit falling sharply for the first half.

At the other end of the Stoxx 600, Siemens Healthineers fell 3.6% after launching a 2.9 billion euro ($3.43 billion) funding round to finance portions of its proposed takeover of U.S. rival Varian.