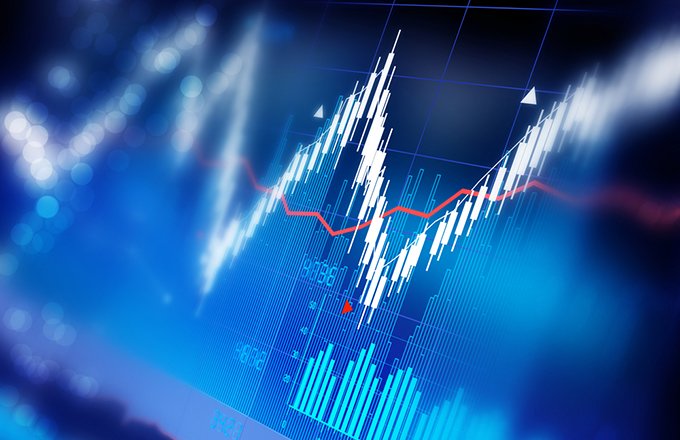 Unsurprising to most, the financial sector has acted as the backbone of the uptrend that has dominated the financial markets over the past couple of years. However, given the rising sense of geopolitical tension and a heightened sense of uncertainty, it appears as though the story may be changing. In the paragraphs below, we’ll take a look at the charts of key financial assets and highlight how the recent sell signals could trigger a longer-term move lower. (For further reading, see: Support and Resistance Reversals.)

This year has not really been kind to the financial sector, which has seemed to have to battle with overhead resistance on each attempted move higher. Taking a look at the chart of the Financial Select Sector SPDR Fund, you can see that the dotted trendline has acted as a consistent guide for the bears in determining placement. Notice how the consistent selling pressure has pushed the 50-day moving average below the 200-day moving average. This bearish crossover is known as the death cross and is one of the most common long-term sell signals used by followers of technical analysis. The recent rise toward the combined resistance of the 200-day moving average and dotted trendline will likely be regarded as a test of the conviction of the bulls, and traders likely expect the move to run out of momentum in one of the upcoming sessions and make its way back toward the swing low of $26.31. (For further reading, see: 3 Chart Patterns That Suggest Prices Are Headed Lower.) 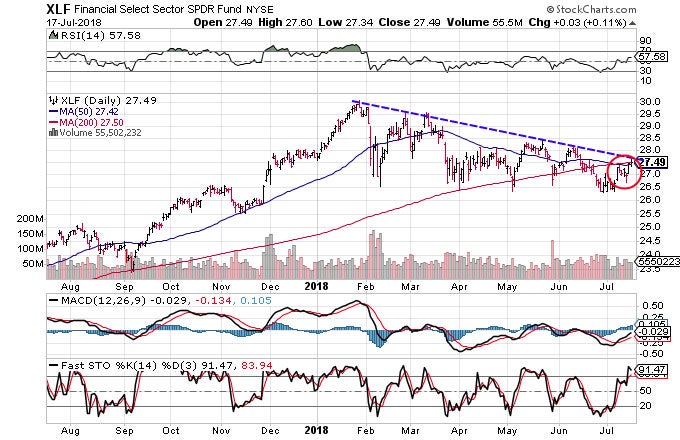 When it comes to tracking the movement of the financial sector, traders often look to top holdings of the XLF fund such as Citigroup. The $175 billion behemoth generally moves in lockstep with the others but tends to lead broader moves by several days. Taking a look at the chart, notice how the drop below the 200-day moving average has triggered a bearish crossover between its long-term moving averages (shown by the red circle). This breakdown will likely be picked up by the bears as a reason to add to their short positions and could act as a catalyst of a continued move lower.  With the rise toward key resistance levels, active traders will likely be looking to place stop-loss orders above $71.92 in order to maximize the risk-to-reward. (For further reading, see: What Percentage of the Global Economy Is Comprised of the Financial Services Sector?) 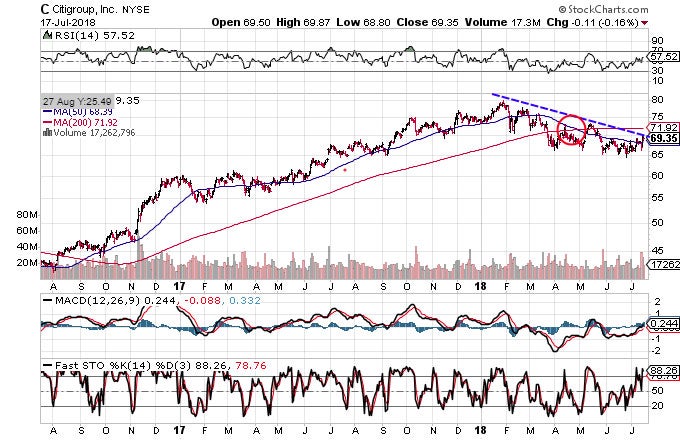 [Learn more about using support and resistance levels to guide your trading decisions, including the placement of stop-loss orders, in the Technical Analysis course on the Investopedia Academy.]

Bank of America stock has been trading within one of the strongest uptrends found anywhere in the market since the end of the financial crisis. Taking a look at the chart, you can see that the break below the long-term trend was a leading indicator of a further move lower, and the recent drop below the 200-day moving average is now acting as confirmation. The recent break below $29.33 will likely lead to a bearish crossover between the 50-day and 200-day moving averages within the next couple of trading sessions. The long-term bearish sell signal will likely be used to mark the beginning of a long-term downtrend and could be reason for some to look at how to trade the move. (For more, see: How Did the Financial Crisis Affect the Banking Sector?) 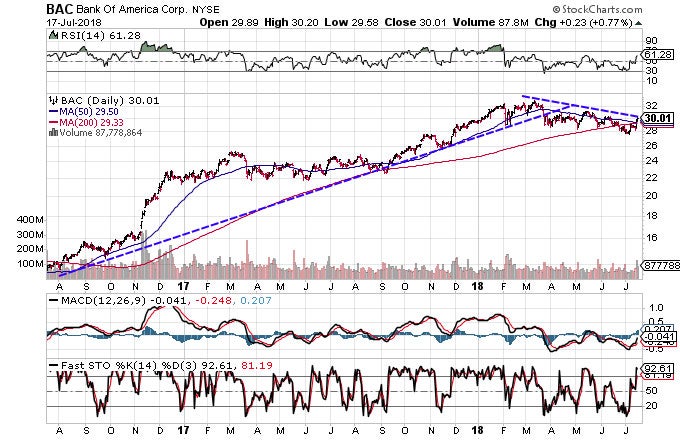 The financial sector is often regarded as the lifeblood of an economy and is usually the sector to lead major cyclical moves. Taking a look at the charts above, it appears as though cracks are forming in the primary uptrend, which could be reason for some bulls to re-evaluate their exposure. (For further reading, see: The Industry Handbook: The Banking Industry.)

Charts courtesy of StockCharts.com. At the time of writing, Casey Murphy did not own a position in any of the securities mentioned.