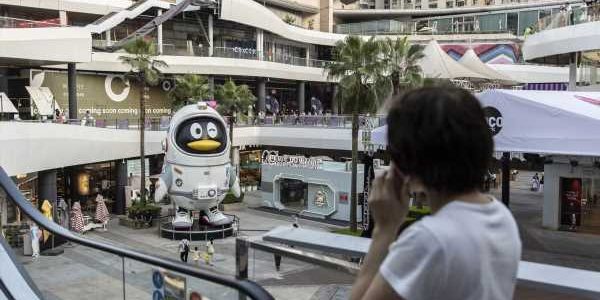 Friday’s attack by President Donald Trump on WeChat may have pushed many investors to offload Asia’s technology shares. But for some, theselloff has presented a good buying opportunity.

Jian Shi Cortesi, a portfolio manager at GAM Investment Management in Zurich, bought some Chinese internet stocks on Friday and plans to further increase holdings if the stock prices pull back more.

“The U.S. ban on Chinese internet companies will have little impact on the revenue and earnings of most listed Chinese internet companies,” Cortesi said in an interview. HerAsia Focus Equity Fund has a third of its exposure in internet stocks, and beat 93% of its peers in the past year. “It hurts sentiment, which could push the stock prices lower and create an opportunity to buy.”

Trump’s escalation of his confrontation with Beijing, banning U.S. residents from doing business with the TikTok and WeChat apps, wiped more than $60 billion off the four largest Asia technology firms’ valuations and highlighted the political risks faced by regional companies, particularly those in China.

The value of the four largest stocks on the MSCI Asia Pacific Index, all of them tech firms, still lag their American peers. The group — Alibaba Group Holding, Tencent Holdings Ltd., Taiwan Semiconductor Manufacturing Co. and Samsung Electronics Co. — trade at an average of 25 times estimated profit for the next year, versus the 34 times of the more familiar tech giants atop the S&P 500 Index.

The valuation gap had been narrowing since June, when the Asia companies traded at the cheapest since 2015. JPMorgan Asset Management’s Oliver Cox, who manages the JPMorgan Pacific Technology Fund, says the U.S.-China tiff doesn’t change the long-term story. He believes Asia has been repeating many of the U.S. trends in a earlier stage of evolution.

That implies “a much faster growth rate, more promising outlook and therefore greater upside potential for Asia Pacific tech stocks compared with the more mature, slower-growth U.S. names,” he said. The four Asia tech titans gained an average 25% this year, lagging behind a 39% average gain in their U.S. peers.

“The gap could be closer,” Pruksa Iamthongthong, a senior investment director for Asian equities at Aberdeen Standard Investments, said of the valuation difference. “On a three-year trajectory we will see a clear pathway on how they want to monetize businesses that they have invested in a long time ago.”