PARIS (Reuters) – France’s Thales (TCFP.PA) slashed financial forecasts for the year on Friday after seeing its profits fall by more than half in the first half, “heavily impacted” by the coronavirus crisis. 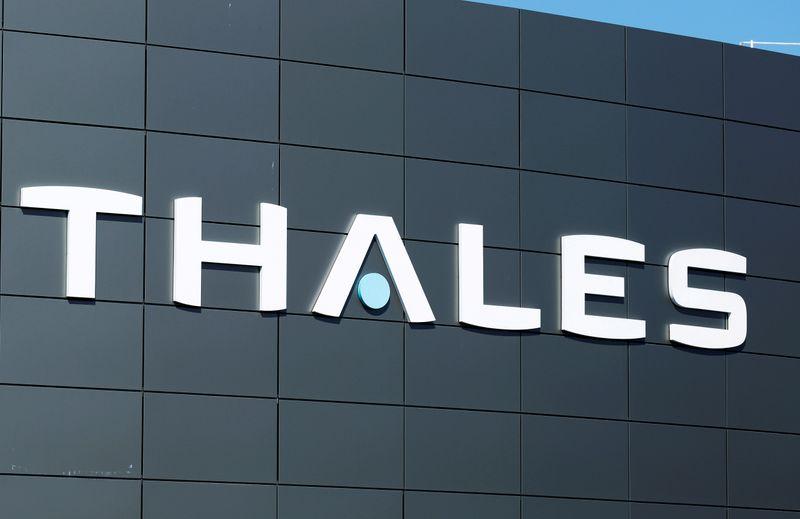 Europe’s largest defence electronics supplier joined most major French groups in suspending its outlook at the end of the first quarter and reintroduced forecasts on Friday at sharply lower levels than original estimates published in February.

Thales, whose products range from fighter radars to train signalling systems for the London Underground, predicted its revenues would fall in 2020 to 16.5-17.2 billion euros ($19.1-$19.95 billion) from 18.4 billion, compared with a pre-crisis forecast of 19-19.5 billion.

It abandoned hopes of maintaining margins at some 10.9% in 2020 and predicted a roughly one-third drop in operating profit to 1.3-1.4 billion euros, implying a profit margin closer to 8%, and Thales’ shares fell by 1.1% in early session trading.

But Chief Executive Patrice Caine told reporters the impact would have been much greater if Thales had been more of a “pure-play” civil aeronautics player, like some of its peers. Thales has said civil aerospace contributes about 11% of its revenue.

The forecasts are based on a “stabilising economic and public health situation” after the COVID-19 crisis hit demand for civil aerospace products and interfered with production or installation of others, such as new London Underground signals.

“They closed the network at the peak and asked us not to come…and that generates a (temporary) loss of revenue,” Caine said, referring to a contract to upgrade 30% of the London Underground.

Caine said the prospect built into the forecasts of a sharp second-half improvement in sales compared to the first half, and a return to more normal operating margins, was reasonable based on the virus’s progress in Europe, although it was only a “hypothesis”.

“I am neither optimistic nor pessimistic, just looking at facts,” he told reporters.

He distinguished between demand that could be affected for some time, such as a 50% drop in demand for civil aerospace, and the shorter-term industrial effects of the health crisis.

For the first half, Thales posted operating profit of 348 million euros, down 57%, or down 63% on a like-for-like basis.

Thales nonetheless predicted a book-to-bill ratio – the ratio of order intake to sales – above 1 in 2020.

The company said an internal plan implemented in April to cope with the crisis had generated savings of 320 million euros, clawing back roughly half of the 740 million that Thales estimates it has lost in gross profit due to COVID-19.

The company is targeting 800 million savings for the full year.