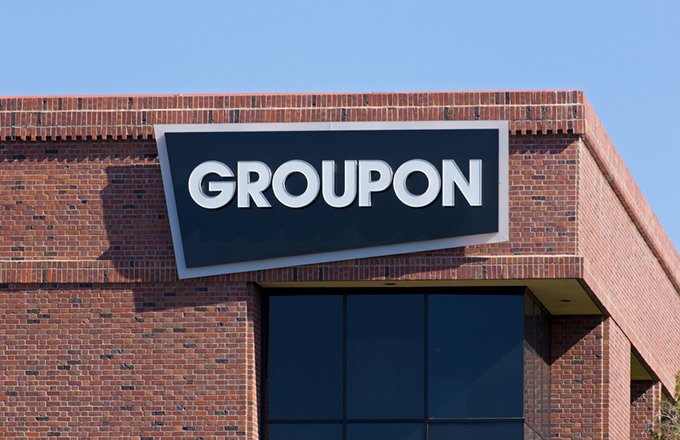 Since its founding in 2008, Groupon (NASDAQ: GRPN) has become a household name among bargain hunters. In some cases, consumers can purchase goods and services at discounts of more than 50%. Groupon generates revenue by using one of the oldest business models around: being the middleman.

Groupon sells a variety of products at deep discounts, including fashion and beauty items, vacation packages, spa services, and gift certificates to bars and restaurants. Though consumers can quite easily purchase the same products directly from the businesses offering them, Groupon often offers prices far below retail. Essentially, Groupon serves as a powerful advertising engine, generating sales and stronger brand recognition for the business in exchange for a fee.

Though businesses receive less for goods and services than they would normally charge, Groupon serves as an advertiser with enormous reach.

Groupon appeals to business owners by promising to increase foot traffic and guaranteeing a certain amount of income. Groupon deals don’t become effective until a certain number of people sign up, so participating businesses know that they have a minimum number of customers coming in.

Groupon offers impressive discounts and coupons, serves as an advertiser, generates sales, guarantees minimum revenue and assists participating businesses with preparations. In exchange for its advertising services and sales assistance, Groupon takes a cut of all the sales made on the website. This amount is often around 50%, depending on the vendor.

For example, assume a local salon is experiencing a slump in sales and decides to use Groupon to drum up new customers. The salon owner decides to offer a discounted cut and color service, normally priced at $100, for $50. Groupon takes 50% of the sales revenue as its service fee. The deal will generate $1,500 in revenue from 30 new customers, and of that amount $750 goes to the salon and $750 goes to Groupon. Once a deal is advertised, consumers who purchased the Groupon receive it regardless of how many were purchased.

In 2017, Groupon had 49.5 million active customers (an active customer is defined as a unique user who has made a purchase during the trailing twelve months), according to the company’s latest quarterly report. In its financial statements, Groupon identifies two types of income: gross billings and revenue. The gross billings number is the total income from the sale of goods and services, excluding taxes and refunds. Revenue represents the sum of transactions where Groupon acted as a marketplace minus the portion of the service or product provider. The company also receives direct revenue from sales of merchandise inventory via its online marketplaces. For the year ending December 31, 2017, Groupon reported $5.65 billion in gross billings and $2.84 billion in revenue. Net income in 2017 was $28.6 million.

How the Groupon Model Benefits Businesses

Groupon provides value to businesses. One key benefit is access to new customers. The salon in the above example would make more money – an additional $3,000 in revenues – if those same 30 people had paid full price for their services. However, it is likely that those deal-hunting customers would not have come to the salon if it weren’t for the discount. Businesses are often willing to trade larger profit margins for the benefit of a swift influx of new customers.

In addition, many customers actually end up spending more than the value of the Groupon they purchase. For example, a customer who purchases the salon voucher in the above example might treat herself to a pedicure as well, since she saved so much on the initial service. If the business provides high-quality products or services, customers who initially come in because of a Groupon deal may end up becoming regular patrons.

The long-term viability of Groupon’s business model is a topic of much debate. For some businesses, a huge influx of customers paying only a fraction of the retail price may actually be more work than it’s worth. In addition, some critics cite a perceived decline in the quality of Groupon’s offerings in recent years as an indication of its impending demise. Nonetheless, Groupon remains one of the most popular resources for online discounts and a great way for businesses to increase their advertising reach.