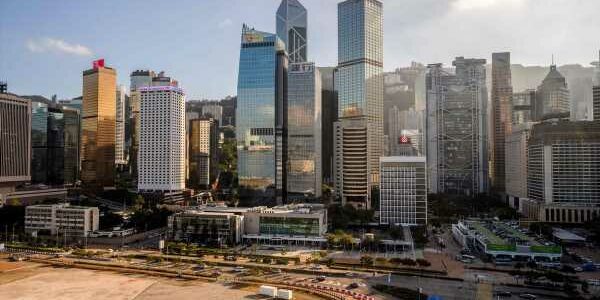 Hong Kong reported 26 new infections Friday, 21 of which were locally transmitted, with nine from an untraceable source. The government has also detected over 40 preliminary cases awaiting confirmation, a sign that Friday’s jump is not an anomaly. The surge comes as other parts of Asia, including Japan and South Korea, see alarming flareups as colder weather sets in.

“Hong Kong’s epidemic has shown rapid deterioration and experts have said the fourth wave is inevitable,” Secretary for Food and Health Sophia Chan said in a briefing Friday. “We have done a series of measures to strengthen control, but we still see the situation turning bad.”

The city’s government suspended classes for primary school levels 1 to 3 from Nov. 23 for two weeks, aftershutting kindergartens and nurseries a week ago due to outbreaks of upper respiratory tract infection, and the risks of coronavirus resurgence. No students or school staff have tested positive for Covid-19 yet, said officials.

On Saturday, the government also announced new social-distancing measures that would ban live performances in catered premises such as clubs, pubs and nightclubs, and shut all party rooms. The rules take effect at midnight on Nov. 22.

The bubble will proceed as planned, but passengers from Hong Kong must now take a Covid-19 test on arrival in Singapore, the Civil Aviation Authority of Singapore said in astatement Saturday.

“The additional requirement is a precautionary measure given the rise of Covid-19 cases in Hong Kong over the past few days,” the airport authority said. “More cases are expected in Hong Kong over the next few days due to the emergence of new clusters. The Singapore and Hong Kong health authorities are in close contact and monitoring the situation.”

Hong Kong has a “comprehensive public health surveillance system” and the overall incidence rate is still low, according to the statement.

Seen as a template for how to restart global travel, the planned travel bubble’s growing precariousness could now make it a cautionary tale about the futility of such efforts while the coronavirus remains rampant and volatile.

Thebubble would be suspended for two weeks once the seven-day moving average of local, untraceable cases in either city rises above five. Over the past seven days, Hong Kong has recorded 15 untraceable local cases, inching closer toward the red line of 35. Travelers may now face the prospect of the bubble being suspended.

The city will now make mass testing mandatory among certain groups including symptomatic people, elderly home staff and taxi drivers. It’s also mulling measures like lowering the number of people allowed to gather at local hotels during “staycation” trips. Chan urged all residents to stop “unnecessary” gatherings and wear masks at all times.

The government is hoping the flareup can be contained before reaching the level of a July outbreak that was Hong Kong’s worst ever. Then, restrictions like a ban on public gatherings of more than two people and the closing of restaurants between 6 p.m. and 5 a.m. dealt a significant blow to the financial center’s economy.