Home » Markets » How to invest in blockchain, the high-risk but high-potential technology behind bitcoin and other digital transactions 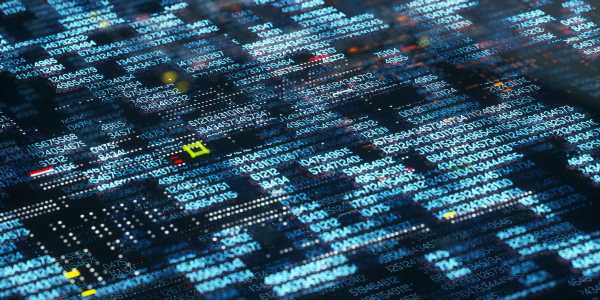 How to invest in blockchain, the high-risk but high-potential technology behind bitcoin and other digital transactions

Bitcoin often dominates the financial news, riveting investors with its volatile price swings and appreciation potential. Getting far less attention, though, is blockchain, the database technology on which the cryptocurrency rests.

A blockchain is like an electronic ledger. Data can be entered into it, but cannot be altered or erased, giving it its much-celebrated property of permanency (and implied integrity).

Many blockchains have emerged since the first one that made bitcoin's debut possible in January 2009. Some of these blockchains support cryptocurrencies like bitcoin, while others support multipurpose digital platforms — such as Ethereum — that work like decentralized versions of more traditional (i.e. centralized) platforms and networks.

Let's look at how to invest in such companies, along with the pros and potential pitfalls of blockchain investment.

What is blockchain technology?

A blockchain is a database that is usually operated by a distributed and public network of participants, although a growing number of companies have begun using or building private blockchains (also known as "permissioned" blockchains).

The purpose of such blockchains is to create digital records — of transactions, certificates, or contracts —that can only be added to, rather than changed or deleted. Rather than relying on a single entity to enter new information, they use a "consensus mechanism" that sees multiple participants use cryptography (the science of encrypting, or coding, data) to validate new entries.

"There's no need for a third-party, such as a bank or a regulator, to verify actions because it's a shared process, secured by cryptography. This removes intermediaries and creates a framework that improves trust, transparency, and efficiency across different, and very separate, organizations," says Hadyn Jones, senior blockchain market specialist at PwC.

Why invest in blockchain technology?

It's this promised improvement of trust, transparency, and efficiency that has transformed blockchain tech into an attractive investment prospect. Blockchain has applications in a wide range of industries, where the companies implementing blockchain tech will gain a competitive advantage over rivals.

"Using blockchain, organizations can build greater trust and transparency in areas such as the provenance of pharmaceuticals, food ingredients, or component parts. Solutions can also be created that support commercial transactions, the issuance and trading of securities and cross-border payments," says Jones.

"In our Time for Trust report, PwC's economists estimated that blockchain technology has the potential to boost global gross domestic product (GDP) by $1.76 trillion over the next decade," he says. "So it is natural to see why investors would be interested in those leading companies that can deliver most in blockchain-related services."

Put simply, by reducing costs and increasing profits, blockchain tech may make companies more profitable. Bigger revenues would obviously raise their stock shares — and the portfolios of investors who allocated capital to them early.

But they don't have to be tech plays. More broadly, blockchain investment can also involve investment in companies that work specifically with cryptocurrency (such as crypto-payment platforms like Square) and those that have invested in crypto (such as MicroStrategy).

Ways to invest in blockchain technology

One simple way to invest in blockchain technology is to buy shares in any publicly traded company that's either using or building blockchain tech, or that works with or invests in cryptocurrency.

When it comes to firms using or working with blockchain technology, some of the most prominent publicly traded companies include:

Alternatively, there are some publicly traded companies that either offer crypto-related services or are directly exposed to cryptocurrency:

As cryptocurrency becomes more mainstream in its uses, it's likely that more crypto firms will be publicly listed. For example, Coinbase — the largest crypto-exchange in the U.S. — is planning to hold its IPO in early 2021.

Buying individual stocks isn't the only way to gain exposure to blockchain.

"There are funds that provide exposure to blockchain technology, largely grouped along the lines of traditional [investment] funds," Jones says.

Holding a portfolio of assets, mutual funds and exchange-traded funds always tend to be the individual investor's instrument of choice, offering diversification — and thus less risk — at relatively low cost. But they have a special advantage with this sector.

While a few options exist, like the aforementioned Grayscale Bitcoin Trust, bitcoin ETFs remain scarce: In the US, the SEC has refused (as of early 2021) to allow them, due to the difficulty of accurately assessing the currency's value and liquidity.

No such problems exist with blockchain. There are a growing number of blockchain ETFs now available. These invest in a selection of companies working with blockchain tech. Some of the biggest include:

Tips for investing in blockchain technology

Despite its promise, blockchain technology remains an immature sector that hasn't fully proven itself in terms of viable products.

So there are a number of tips worth keeping in mind when looking to invest in blockchain tech.

Do your due diligence: Lots of companies claim to be involved in blockchain these days (remember Long Blockchain?), but some are pursuing the technology more meaningfully than others. It's for this reason that research into a particular firm, and its fundamentals, is particularly important.

"The starting point is to build a case for the investment itself based on factors such as the opportunity for growth, the competitive environment or differentiating factors relative to other projects," says Jones.

Treat blockchain as a high-growth, high-risk sector: As with tech stocks, blockchain stocks represent a high-growth sector that exposes investors to plenty of risk. Because the wider utility of blockchain still remains mostly unproven, it would be wise to invest only a small portion of your available capital in blockchain companies and to diversify in other areas as much as possible.

Watch out for new laws and regulations: Keeping up to date with regulators is just as important as researching individual companies, particularly when so much of the blockchain sector remains unformed. Government officials and agencies may potentially legislate in a way that significantly disrupts blockchain-focused companies.

"Understanding the regulatory backdrop is also a useful indicator, and with both the UK and EU investing time in readying themselves for legislation relevant to digital assets, the underlying blockchain technology is very much on the administrations' radar as a driver for growth," says Jones.

Concentrate on the bitcoin connection: Yes, blockchain investing has advantages over bitcoin investing. But, given that bitcoin remains the most successful use of blockchain technology to date, some analysts advocate fixing on firms that mostly use it to work with the cryptocurrency.

"The best way to invest in companies working with blockchain technology would be to focus on companies leveraging themselves to bitcoin. Companies that own bitcoin on their balance sheet like Square and MicroStrategy, or companies that are creating businesses on top of bitcoin like Square, Paypal, Coinbase, Silvergate Bank, Galaxy Digital, Hive, Voyager," says Adam Pokornicky, the COO at Digital Asset Investment Management.

Blockchain technology represents an exciting area of innovation that now crosscuts many different sectors. Its possibilities have piqued the interest of investors throughout the world, insofar as they promise higher-than-average growth.

Interest in blockchain tech has also been generated by interest in cryptocurrencies like bitcoin, which has risen in price by 300% in 2020 alone.

This is why anyone seeking to invest in 'blockchain tech' should concentrate at least as much on companies offering crypto services or investing in crypto, as opposed to focusing on those solely using blockchain.

At the same time, investing in a blockchain ETF may be a wiser strategy than investing in individual blockchain-related companies, since these cover a broader range of firms.

Here's everything you need to know about blockchain, the ground-breaking tech that could be as disruptive as the internet

How to invest in bitcoin: The major ways to buy, their pros and cons, and the strategies to consider

'I have changed my mind': A top market strategist and long-time crypto skeptic explains why he now believes bitcoin should be in investor portfolios

Bitcoin taxes: Understanding the rules and how to report cryptocurrency on your return