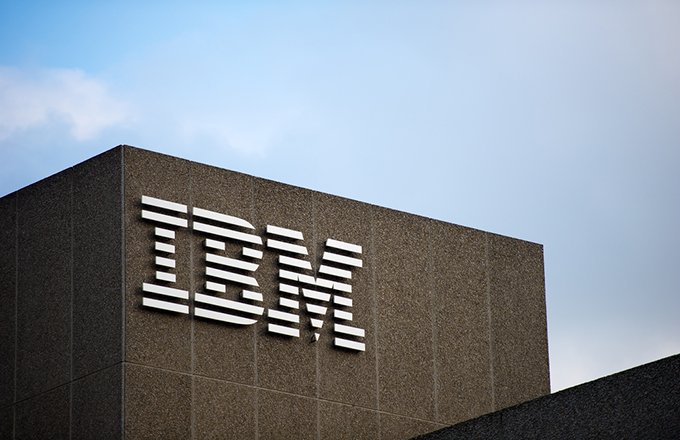 Analysts expect IBM to post earnings per share between $3.03 and $3.06 when the company reports results after the closing bell on July 18. IBM had been posting revenue declines that reached a streak of 22 consecutive quarters, but that ended in the fourth quarter 2017. The company now has two consecutive quarters of revenue growth, but expectations have been disappointing. The key areas for performance come from cloud computing, data analysis, mobile technologies and security. (See also: IBM Seen Rebounding 7% Higher on Revenue Growth.)

The daily chart for IBM 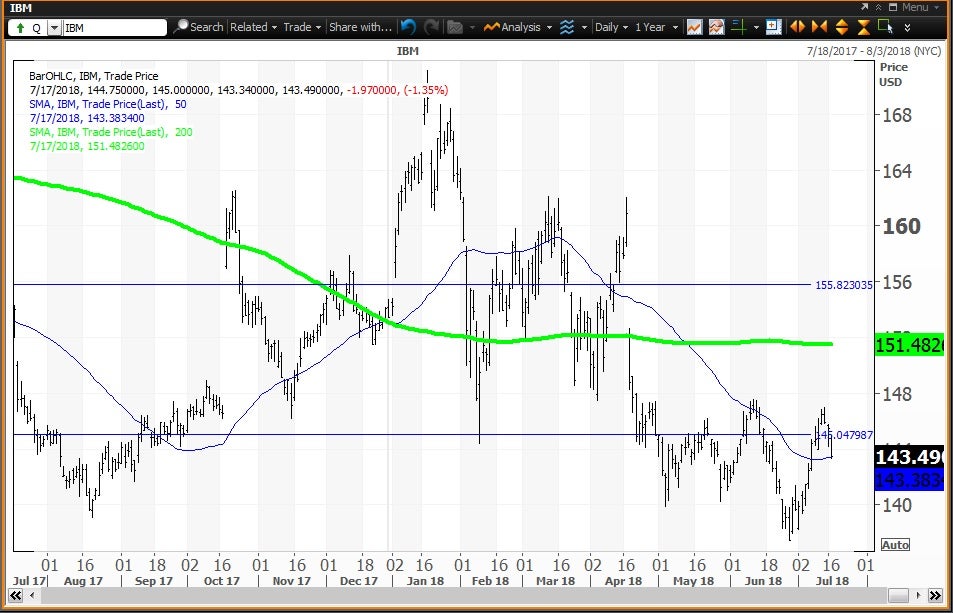 [If you’d like to boost your trading skills and learn more about using moving averages to guide your trading strategy, check out the Technical Analysis course on the Investopedia Academy, which includes over five hours of on-demand video content.]

The weekly chart for IBM 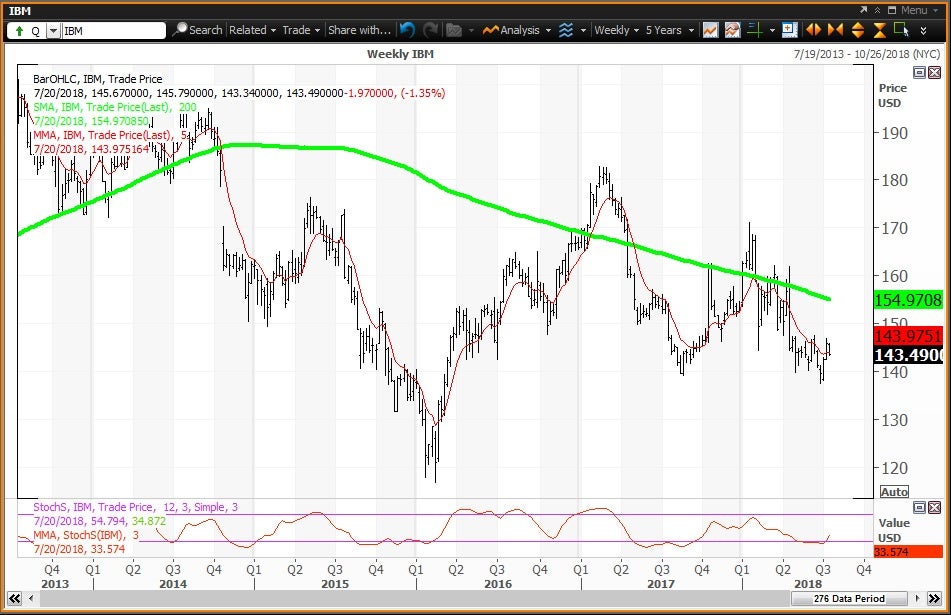 Given these charts and analysis, my trading strategy is to buy IBM shares on weakness to my semiannual value level of $122.09 and to reduce holdings on strength to my quarterly risky level of $155.81. (For more, see: IBM Working on ‘Stablecoin’ Tied to US Dollar.)