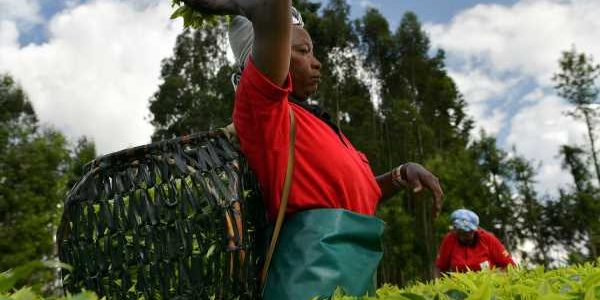 Kenya Tea Development Agency Ltd., said favorable weather helped boost its output of the commodity by 3.9% between July and October.

On average, all teas at the weekly auction sold at $1.89 per kilo during the period, down from $2.01 a year ago, the agency said in an emailed statement. Factories managed by KTDA, as the entity is known, fetched better prices at the auction, averaging $2.20 per kilogram of made tea, down from $2.45 recorded during a similar period last year, it said.

“The 10% drop in tea prices for KTDA-managed factories is attributed to high volumes of tea produced during the period, continued Covid-19 pandemic disruption in key export destinations as well as the global oversupply situation,” according to the statement.

Pakistan, Egypt, U.K., UAE and Sudan remain Kenya’s key export destinations for the predominant black CTC-type of tea produced in Kenya, it said. KTDA accounts for about 60% of output in the world’s largest exporter of black tea. It processes and markets leaf for about 600,000 small-holder farmers.