Home » Markets » Lira Falls to Fresh Record With No Letup in Turkey-U.S. Tensions 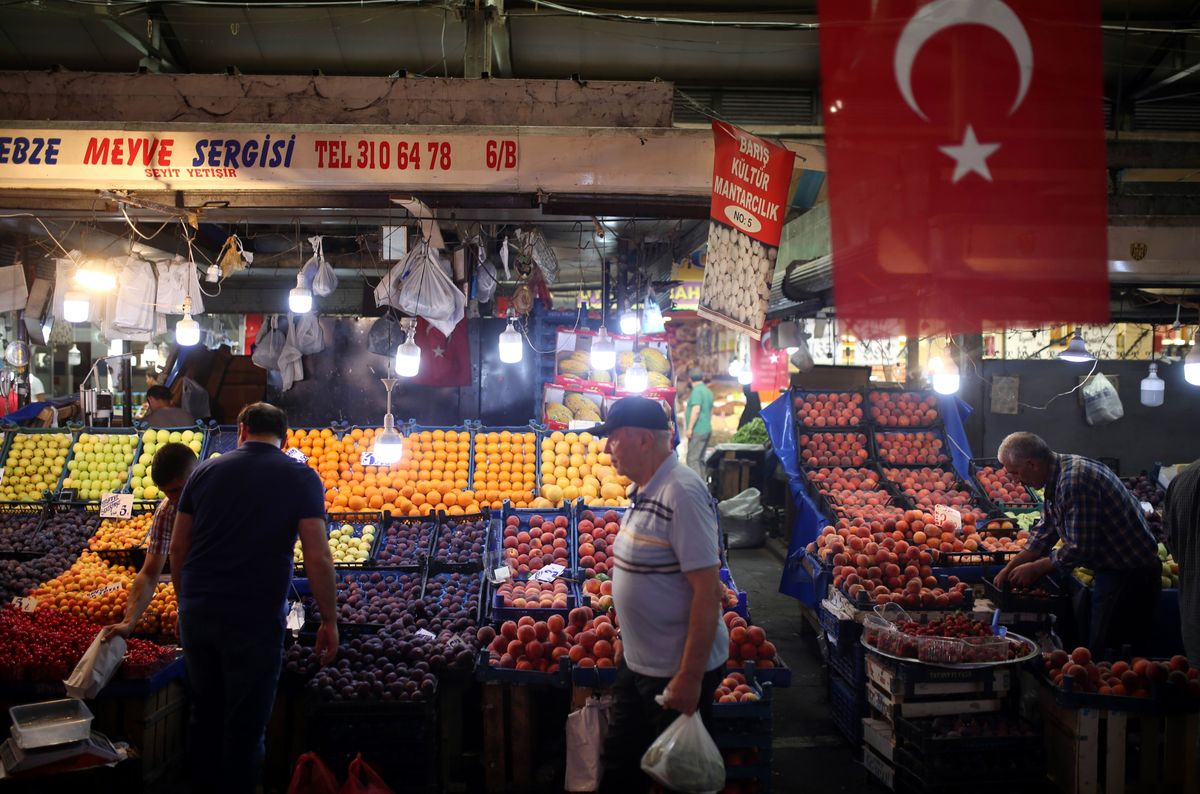 Lira Falls to Fresh Record With No Letup in Turkey-U.S. Tensions

The grip of bears on Turkish assets tightened as the nation’s souring relationship with the U.S. added to investor concern over authorities’ inability to put a lid on inflation, sending its currency to a fresh record low and driving up bond yields.

The lira plunged more than 3 percent to 5.4385 per dollar, taking this year’s losses to almost 30 percent, after a U.S. official who spoke on condition of anonymity said a Turkish delegationrefused to commit to releasing an American pastor. That raises the prospect of an escalation in the diplomatic row between the NATO allies, which has already taken a toll on Turkey’s assets.

The development “raises the odds that the U.S. will double down on their sanctions” and adds to the “domestic challenges that plague lira-denominated assets,” analysts including Michael Every at Rabobank in London wrote in note to clients.

The yield on 10-year Turkish bonds jumped 60 basis points to 19.67 percent while one-month lira-dollar risk reversals, the premium traders pay for options to sell the local currency over those to buy, climbed above 5 percentage points this week for the first time since 2011.

Speculation had been building that a Turkish delegation that met with U.S. Deputy Secretary John Sullivan on Wednesday would seek a way out of the standoff after the U.S. sanctioned two government ministers over the continued detention of Andrew Brunson last week.

The lira has weakened about 8 percent since U.S. measures were announced, and some investors are concerned that more sanctions are likely unless the pastor is released. That’s piling pressure on the central bank to raise rates and prevent a further acceleration in runaway prices, potentially at an unscheduled meeting. The central bank is next scheduled to meet on September 13.

New Dollar Debt Will Be Elusive to Turkey as U.S. Sanctions Bite