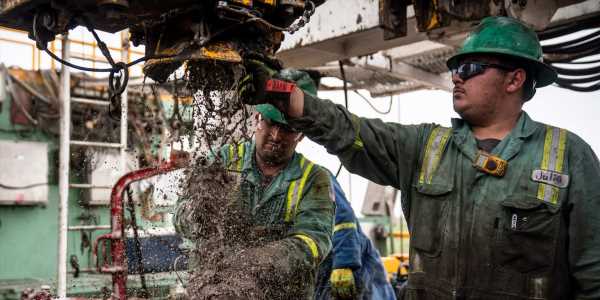 Oil prices hit a three-week high Wednesday, with a drop in weekly US oil supplies coming after OPEC drew higher its 2021 demand outlook for the commodity.

West Texas Intermediate crude and Brent crude, oil’s international benchmark, each marked their highest points since March 18 and built on gains made in the previous session.

Oil found support after the Energy Information Administration on Wednesday said US commercial crude inventories fell by 5.9 million barrels to 492.4 million barrels in the week ended April 9. The decline was more than anticipated, with analysts polled by Reuters expecting a fall of 2.9 million barrels. That drop also came alongside a pickup in activity among oil refiners.

The market’s leading oil group said fiscal stimulus from the US government as part of COVID-19 recovery efforts and accelerating growth in Asia will help feed demand following a collapse last year when the coronavirus pandemic took hold worldwide.

“Here we are now getting a global economic recovery. It’s uneven but it’s definitely happening. Supply is actually low and, of course, OPEC is still not producing their normal numbers so that’s why you’re getting a rally in oil,” Eric Diton, president and managing director The Wealth Alliance, an investment advisory firm, told Insider on Wednesday.

“So, short-term bullish on oil as we continue this economic recovery, but the long-term story of oil is not a good one as the world finally decides to embrace green energy and deal with carbon,” he said.