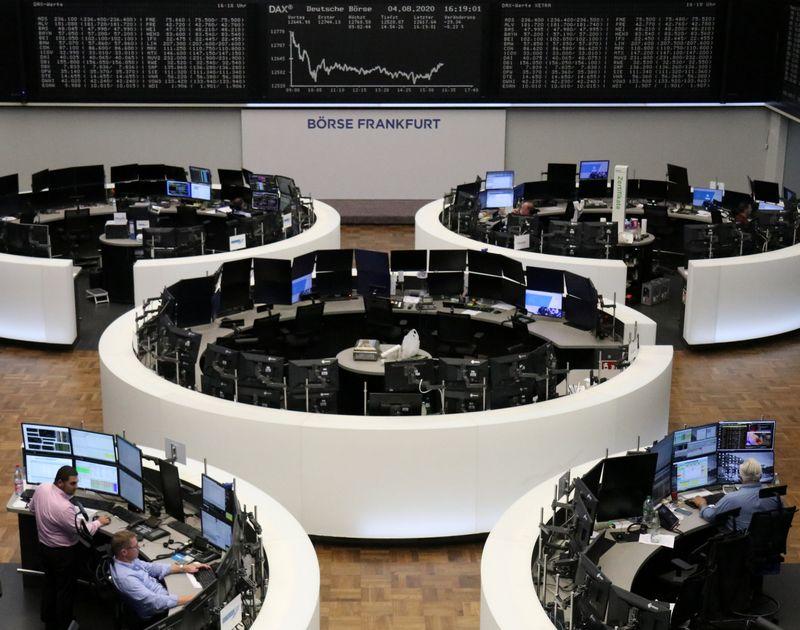 LONDON (Reuters) – Expectations for second- and third-quarter corporate profits are deteriorating in Europe, Refinitiv data showed on Tuesday, even though economies are reopening fully after months of lockdowns.

Companies listed on the pan-European STOXX 600 are now expected to report a decline of 67.5% in second-quarter earnings, down from a drop of 58.3% forecast the week before.

Companies in financial, energy and consumer cyclical sectors were expected to report the biggest declines in profits, the data showed.

The sharp drop in profit numbers this week was mostly down to Santander’s major miss, analysts at Refinitiv said, pointing to the bank’s second quarter loss per share of 68 euro cents versus expectations of a 4 cent profit per share.

The outlook for July-September earnings was also sliding, with expectations for a drop of 37% versus a 36.2% fall expected a week earlier.

“This being said we’ve yet to see any meaningful EPS (earnings per share) upgrades just yet.”