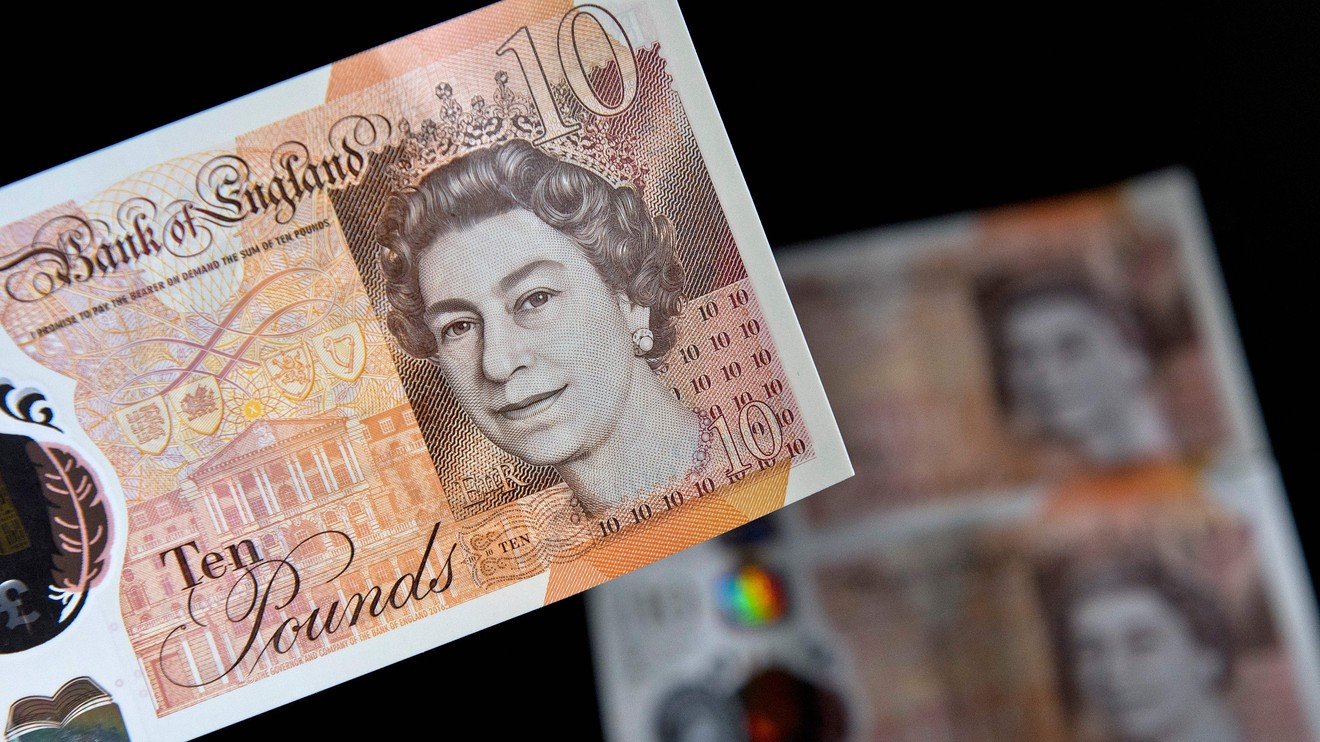 Britain’s pound on Tuesday recovered some of the sharp losses suffered a day earlier when the departure of two powerful ministers reignited uncertainty and turmoil surrounding the government’s Brexit plans.

The pound also firmed against Europe’s shared currency after touching a four-month low Monday. Euro-sterling EURGBP, -0.0902% recently changed hands at £0.8834, down 0.4%, according to FactSet.

Recent data, including a Tuesday report showing official U.K. GDP in line with forecasts, and upbeat comments from Bank of England Gov. Mark Carney have lifted expectations of an August rate increase to more than 70% from less than 50% just two weeks ago, factors that have supported the pound. On the flip side of that coin is the potential for a vote of confidence and a leadership challenge for Prime Minister Theresa May.

“In our view, things around Brexit are getting more and more complicated, with Theresa May trapped between a rock and a hard place,” said Charalambos Pissouros, senior market analyst with JFD Brokers. “Even if she avoids a leadership challenge, her free-trade-area plan will still have to be accepted by the EU, something that appears to be a hard task. With May insisting on ending free movement of EU citizens, EU officials may see the plan as ‘cherry picking’ and reject it.”

“The currency rebounded somewhat after the Conservative Party Chairman said he doesn’t expect a leadership change, with heightened expectations that the [Bank of England] will raise rates in August likely playing a large role in limiting any greater losses in the pound,” said Marios Hadjikyriacos, strategist at currency brokerage XM.

U.K. Brexit Secretary David Davis on Sunday night stepped down from his post as head negotiator for the U.K., news that first sent the pound rallying. But the currency turned sharply lower Monday when Foreign Secretary Boris Johnson resigned, seen as another sign of the fragility of Prime Minister Theresa May’s government. The move is seen raising the chances that May will face a formal leadership challenge.

Last week, Prime Minister Theresa May had appeared to unite warring factions of her cabinet behind a new Brexit plan, which calls for a U.K.-EU free-trade area for goods but British autonomy over regulation for many services.