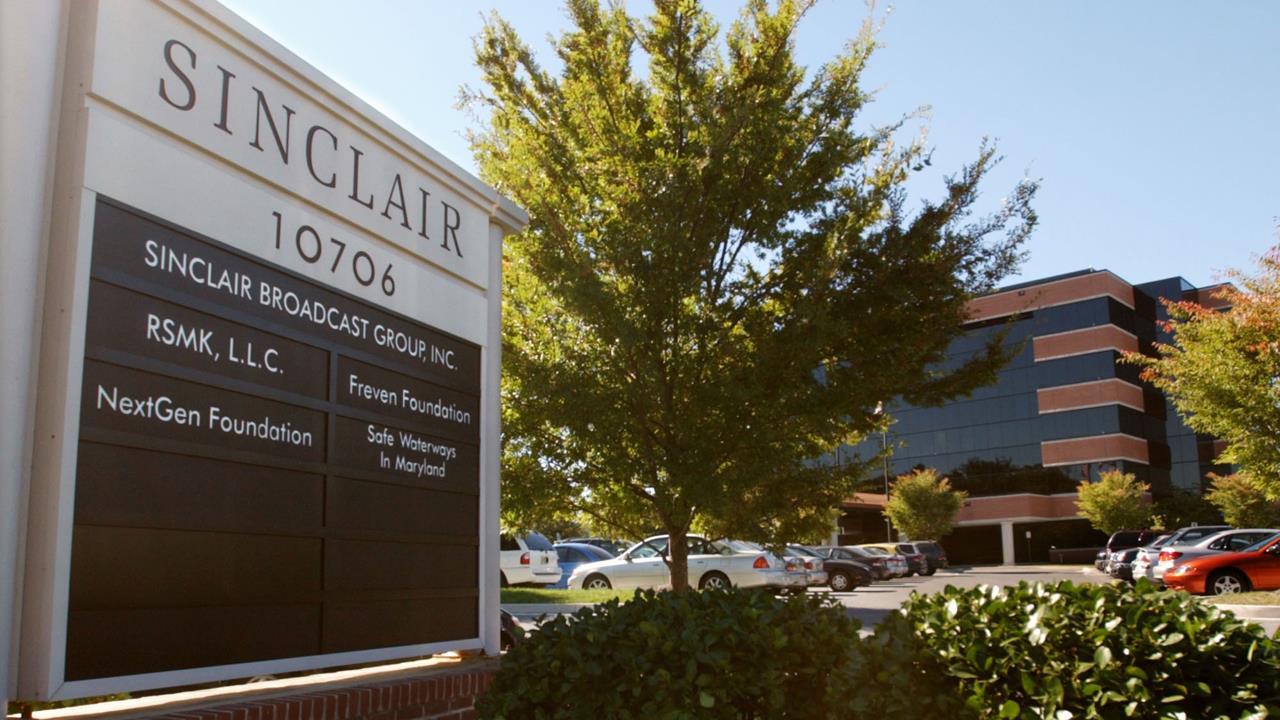 Maybe the biggest question among analysts and telecommunications executives over Sinclair Broadcasting’s inability to win government approval for its purchase of Tribune Broadcasting is a relatively simple one: How did a network dedicated to singing the praises of President Trump actually go about alienating and angering regulators who answer to him?

The answer, according to interviews with about a dozen regulators and telecommunications executives, is pretty straightforward as well. It involves what has been described as the evasive approach taken by Sinclair, and its executive chairman David Smith, in dealing with the most important issue in receiving government approval for the deal — the thorny issue of divestiture.

How Smith and his team dealt with the government’s mandate for Sinclair to sell off a certain amount of stations to make the purchase of Tribune comply with federal ownership rules is at the heart of the company's missteps that threaten a deal that would have catapulted Sinclair into the big leagues of broadcasting, these people say.

And those dealings, which occurred after months of negotiations with the Federal Communications Commission (FCC), led federal regulators working for a normally deal-friendly administration to conclude Sinclair attempted to hoodwink the agency into buying into its divestiture plan, these people add.

With that, officials at the commission, including its chairman Ajit Pai, have concluded the plan was largely a façade, all but deciding to kill one of the most transformative media deals in recent history, according to people with direct knowledge of the matter.

The FCC’s intentions were made apparent on Monday, when Pai issued a stern rebuke to the deal saying he has “serious concerns” about Sinclair’s purchase of Tribune. He cited certain station divestitures that have been proposed to the FCC that would allow Sinclair to control those stations in practice, even if not in name, in violation of the law.

The future of the deal will now likely be left with an administrative court judge without the FCC’s support — a high hurdle for Sinclair to overcome. Combined with lengthy delays, it could effectively kill the transaction as Tribune possibly seeks other buyers.

Sinclair on Wednesday revised a portion of the deal in order to address the FCC’s concerns and denied it was trying to mislead the commission — a last-ditch effort to convince regulators at the FCC to reconvene and give the deal the green light.

The company said: "We have fully identified who the buyers are and the terms under which stations would be sold to such buyer, including any ongoing relationship we would have with any such stations after the sales. Nonetheless, we have decided to move forward with the additional changes to satisfy the FCC's concerns."

But the changes may be too little, too late. In recent weeks, the FCC has privately fumed about a lack of candor on the part of Sinclair in this area — and this lack of candor could come back to haunt the company as it attempts to take another crack at FCC approval of its Tribune purchase and save the deal from a regulatory death sentence.

The FCC under Pai has “waved through these kinds of transactions before, even touting the supposed benefits of broadcast consolidation,” said Matt Wood of the Free Press, a media and free speech advocacy group.

While Wood said it’s too soon to say that the deal is completely dead, Pai’s recent statements “suggest that the FCC has finally had enough. … It certainly looks like Sinclair overplayed its hand.”

Sinclair declined to comment to FOX Business and declined to make Smith available for an interview. An FCC spokesman declined comment.

According to analysts and media industry executives, responsibility for overplaying Sinclair’s hand largely goes to Smith, the controversial 67-year-old executive chairman of Sinclair, who took over the broadcasting company started by his father and has mapped its aggressive expansion strategy since taking the top job in 1987.

Before the Tribune deal, Sinclair controlled more than 200 stations in over 100 local markets. The local media empire was built on snapping up stations around the country and adding an extra element of right-wing commentary to Sinclair's programming.

With the $3.9 billion Tribune deal, Sinclair would add another 42 stations in major markets and gain access to over 70% of all American households.

If the deal goes forward, Sinclair would certainly rival more established outfits that offer similar political fare such as Fox News (the sister channel of FOX Business) and Newsmax, a conservative media outfit.

Sinclair announced its plan to buy Tribune in May of last year. As the negotiations progressed, the FCC appeared poised to approve the matter as long as Sinclair met a divestiture requirement.

In order to comply with local ownership rules, Sinclair needed to sell off 23 stations, still giving it access to more than 60% of all American households.

After lengthy negotiations between the FCC and the Department of Justice’s (DOJ) antitrust division, the deal seemed to have been moving toward regulatory approval last week, people close to the matter tell FOX Business.

Sinclair received tacit approval from the DOJ that the deal didn't violate antitrust laws and wouldn’t lead to high prices for consumers, these people say.

And the FCC had been reviewing Sinclair’s divestiture plan as well, seemingly ready to give its approval if Sinclair agreed to sell off the stations.

The reason for the Trump administration’s positive reception to the deal appeared obvious to media observers.

Since announcing his intentions to buy Tribune, Smith continued to build his bonafides with the White House. Sinclair has hired staunch Trump supporters including a former top campaign aide as a commentator.

Meanwhile, its programming — including the pro-Trump agenda of its opinion commentators — received public accolades from the president while he condemned other networks as “fake news.”

A promotional video of Sinclair anchors reading scripts parroted Trump’s campaign against “fake news” from the mainstream media, which seemed to cement Sinclair's allegiance to the administration.

Pai himself also gave Sinclair a helping hand in navigating regulatory approval for the Tribune deal. Pai allowed Sinclair to use a loophole to evade what’s known as an “ownership cap” that was designed to prevent media companies from operating too many stations in a geographic area.

The deal certainly had its critics. Consumer groups sued to prevent the deal, and the case remains before the D.C. Circuit Court of Appeals. A negative ruling could prove to be another hurdle for Sinclair to overcome in completing the deal.

Conservative news organization Newsmax was a vocal critic as well, zeroing in on what it believed was Sinclair's flawed divestiture plan — a criticism that began to resonate with Pai and his staff.

It's unclear exactly when things went south for Sinclair with the FCC, but by the middle of last week, the FCC was poised to kill the deal citing the concerns stated by Newsmax.

Among the issues citied by FCC officials, according to people with knowledge of the matter: Sinclair's Chicago WGN station would be sold to a Maryland car executive whose dealership is largely owned by Smith, according to an FCC filing.

In another instance, KDAF in Dallas would be sold to Cunningham, a company controlled by the estate of Smith’s deceased mother, Carolyn Smith, according to an FCC filing.

One big question remains: How did Smith, a savvy deal maker, so overplay his hand with friendly regulators?

Again, Sinclair had no comment on the matter. But as one media analyst put it, “You really have to be doing something wrong if you’re Sinclair and screw up a deal with regulators from this administration.”