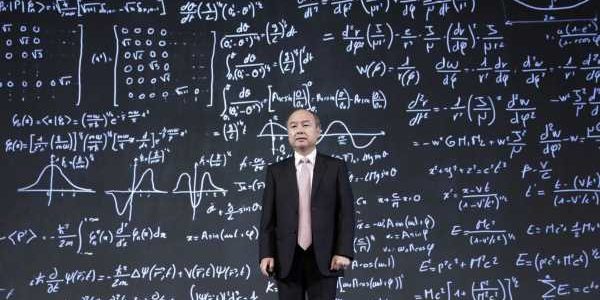 SoftBank Group Corp. is considering revamping a controversial strategy of using derivatives to invest in tech companies, and its executives have met with investors in recent days to assure them that the bets are relatively conservative, according to people familiar with the matter.

The Japanese conglomerate has stressed to investors that its billion-dollar positions have been concentrated in a handful of blue-chip tech companies, includingMicrosoft Corp. andFacebook Inc., and have involved call spreads rather than highly leveraged short-term bets, said the people, asking not to be identified because the matter is private.

Media reports revealing details of SoftBank’s derivatives bets spooked investors, and caused the company to lose about $9 billion in market value the first day of trading after the reports.

SoftBank has debated internally whether to disclose more details of its derivatives trading. But founder Masayoshi Son, who is leading the effort with support from a small team, has been reluctant to provide more information, the people said. The collapse in shares has caused Son to reconsider continuing the trading strategy, but it is not clear what changes might be made, the people said.

The scrutiny from investors follows anothercontroversial trade by SoftBank, which usedcomplex securities to offload exposure to the now-collapsed German payments company Wirecard AG.

The Tokyo-based company said in August that it would set up a new arm to trade public securities andlater disclosed investments of about $3.9 billion in 25 companies. Bloombergfirst reported that SoftBank was targeting investments of more than $10 billion in public stocks as part of a new asset management arm.

Although he didn’t know SoftBank was behind the purchases until the recent disclosures, Eifert said the series of transactions look like each other and seem related. They have been primarily in call spreads and some calls with expiration dates between November 2020 and March 2021 in six or seven of the biggest names in technology.

“Most of the big trades that are associated with SoftBank, or accounts like SoftBank, were done delta-neutral,” he said. “These are institutions that are already long tech stocks and are rotating some of that exposure into options to protect the downside.”

Eifert estimated that the notional value of all the trading flow to be more than $50 billion with a few billion dollars spent on the premiums, or option cost. The purchases had far less impact on the bullish feedback loop driving tech stocks higher than did hordes of retail traders buying short-dated call options, he said.