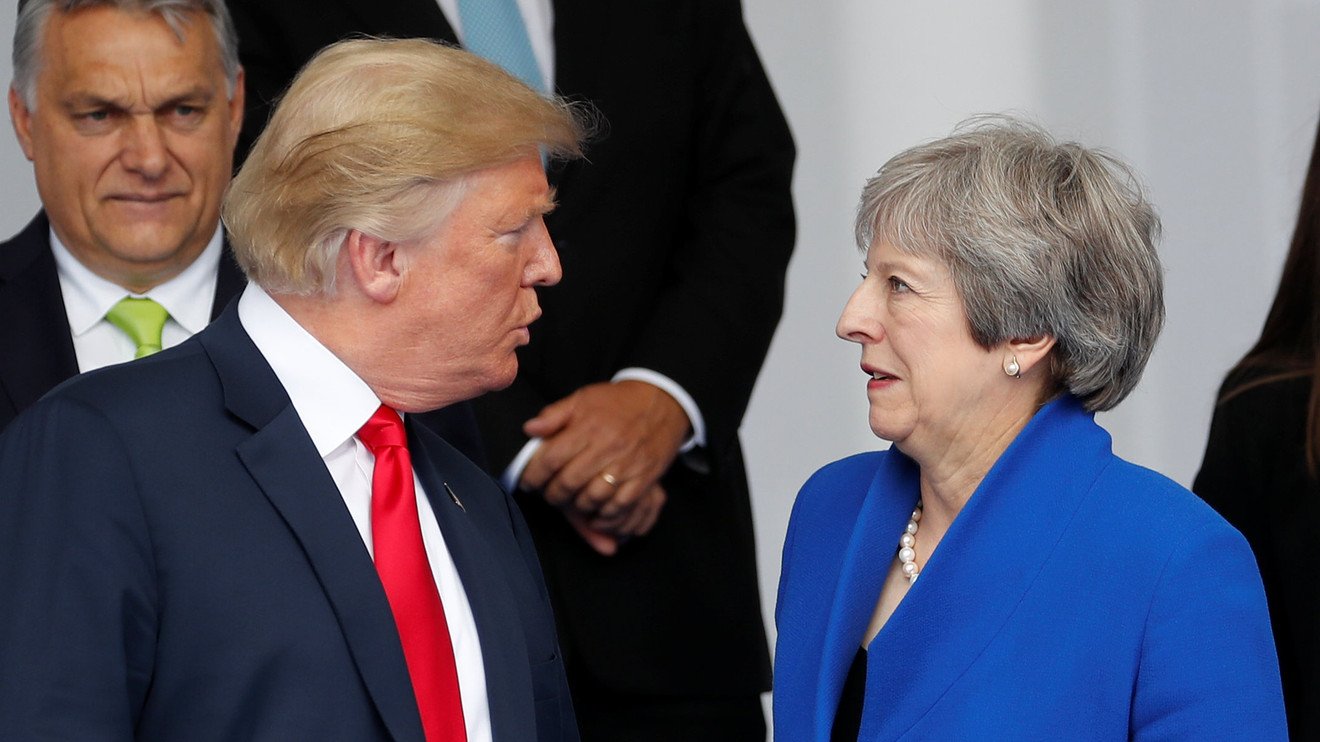 A Brexit-bound United Kingdom has been enduring another political storm this month, leading investors to fret about the possibility of another election.

Strategists view one stock sector as particularly at risk if the current U.K. government can’t ride out the rough seas: utilities. American investors generally view such equities as a haven, but they’re not necessarily seen that way across the pond.

For utilities, a “collapse of a splintered Conservative government and subsequent general-election victory for Jeremy Corbyn’s Labour would be seen as potentially ushering in a period of fiercer regulatory scrutiny or even renationalization,” writes Russ Mould, investment director at brokerage AJ Bell, in a note.

Utilities shares showed signs of “struggling,” and they’re among “the most politically sensitive sectors,” notes Ian Williams, a strategist at brokerage Peel Hunt.

The political turmoil came ramped up July 9 when Foreign Secretary Boris Johnson resigned over a disagreement with Prime Minister Theresa May’s plan for leaving the European Union. His exit, coming a day after the resignation of Brexit secretary David Davis, boosted speculation that Johnson might launch a leadership challenge against May, though analysts also stressed that she has survived prior pushes to oust her. Johnson, Davis, and other Brexiteers have been frustrated that May has not backed a cleaner break with the EU. She has sought, for instance, a free-trade area for goods between the EU and the U.K.

The pound GBPUSD, +0.1965%slumped on July following the shake-up in May’s cabinet, briefly trading under $1.32, which provided a lift to the U.K.’s FTSE 100 benchmark UKX, -0.52% . A weaker pound can boost the index, since its multinationals generate most of their revenue in other currencies. But utilities shares bucked the positive trend for equities during that session, falling instead.

AJ Bell’s Mould highlighted weakness in shares of electricity and natural-gas distributor National Grid NG., -1.21%and water providers Severn Trent SVT, -1.52%and United Utilities Group UU., -1.72% , as well as even Royal Mail RMG, -0.72% , which is not a member of the FTSE 100’s utilities sector.

“In theory, utilities enjoy near-guaranteed demand, but both Mrs. May and Mr. Corbyn seem keen to take a harder, pro-consumer line,” Mould says.

Other strategists have also sounded bearish on utilities in recent months, citing the government’s efforts to put a price cap on electricity and gas bills. Meanwhile, Corbyn has indicated that he plans more than just price caps if his Labour Party ends up forming the next government, having backed the nationalization of utilities, Royal Mail, and the railways.

To be sure, the storm abated somewhat for May and her Conservative Party as last week progressed, even as President Donald Trump warned her Brexit plan could wreck any potential U.S.-U.K. trade deal. The resignations have “raised serious questions” about May’s future, but she now “will face less resistance at home” and “has come out with her hand strengthened,” argues Kallum Pickering, a senior U.K. economist at Berenberg, in a note.

While a general election in 2018 looked more likely after the recent cabinet departures, bookmaker Betfair’s odds still recently suggested only a 40% probability of a vote, compared with 17% earlier. And while only 15% of Conservative members of Parliament are needed to trigger a confidence vote for May, many Tories are reportedly terrified that a leadership contest could eventually lead to another general election and a Labour victory.

The FTSE 100’s utilities don’t look especially pricey, with National Grid, Severn Trent, and United Utilities trading at 14 to 15 times forward-year earnings estimates, on par with the FTSE’s 14 multiple. But given the potential for turmoil in U.K. politics, it might be wise to steer clear of any sector particularly vulnerable to governmental upheaval.

This is an updated version of a report that also appears at barrons.com.