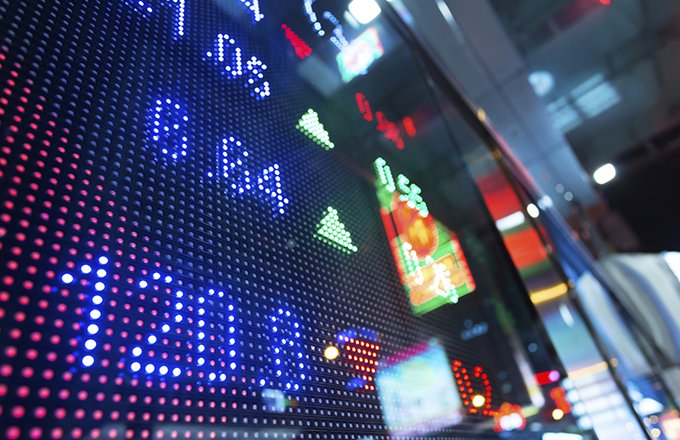 The stock market moved higher last week despite President Trump’s threat to assess 10% tariffs on an additional $200 billion worth of Chinese goods. Strong corporate earnings at large banks such as JPMorgan & Chase Co. (JPM) and Citigroup Inc. (C) along with robust economic data helped offset early weakness and sent stocks higher – and they’re likely to continue heading higher over the upcoming week if these trends continue.

In addition to strong bank earnings, defense stocks rallied after President Trump pressed allies to double their military spending targets at a meeting this past week, and technology stocks rallied after Broadcom Inc. (AVGO) agreed to buy CA Technologies Inc. (CA) for $18.9 billion, in an ongoing sign of consolidation among tech and media firms. (See also: Broadcom Sinks, CA Soars on $18.9B Deal.)

Next week, traders will be keeping a close eye on several key economic indicators, including retail sales on July 16, industrial production on July 17 and jobless claims on July 19. Jerome Powell’s commentary on Tuesday and Wednesday could also have an impact on the market.

The SPDR S&P 500 ETF (SPY) broke out from R1 resistance at $276.84 last week and briefly broke out from reaction highs. The relative strength index (RSI) appears a bit lofty with a reading of 63.52, but the moving average convergence divergence (MACD) experienced a bullish crossover, suggesting that the stock could see further upside ahead. Traders should watch for a breakout toward upper trendline and R2 resistance at $282.41 or a breakdown lower to retest R1 support at $276.84. (For more, see: Tariffs to Hit These 4 Consumer Goods Stocks: GS.) 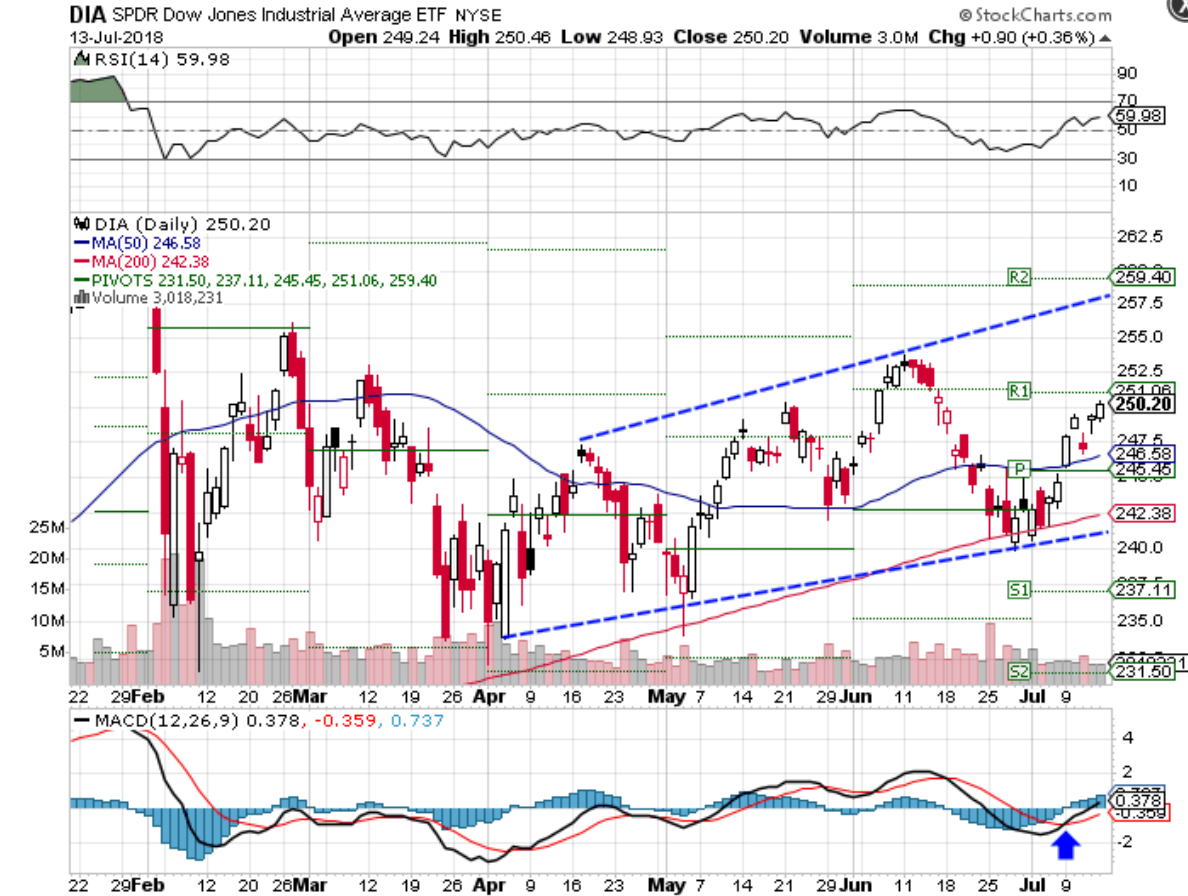 The SPDR Dow Jones Industrial Average ETF (DIA) broke out from the 50-day moving average toward R1 resistance at $251.06 last week. The RSI remains neutral with a reading of 59.98, but the MACD experienced a bullish crossover and is headed towards the zero line. Traders should watch for a breakout from R1 resistance toward reaction highs at around $253.00 or a breakdown to retest the 50-day moving average.

[To learn more about supplemental technical indicators such as the RSI and the MACD, check out Chapter 4 of the Technical Analysis course on the Investopedia Academy.] 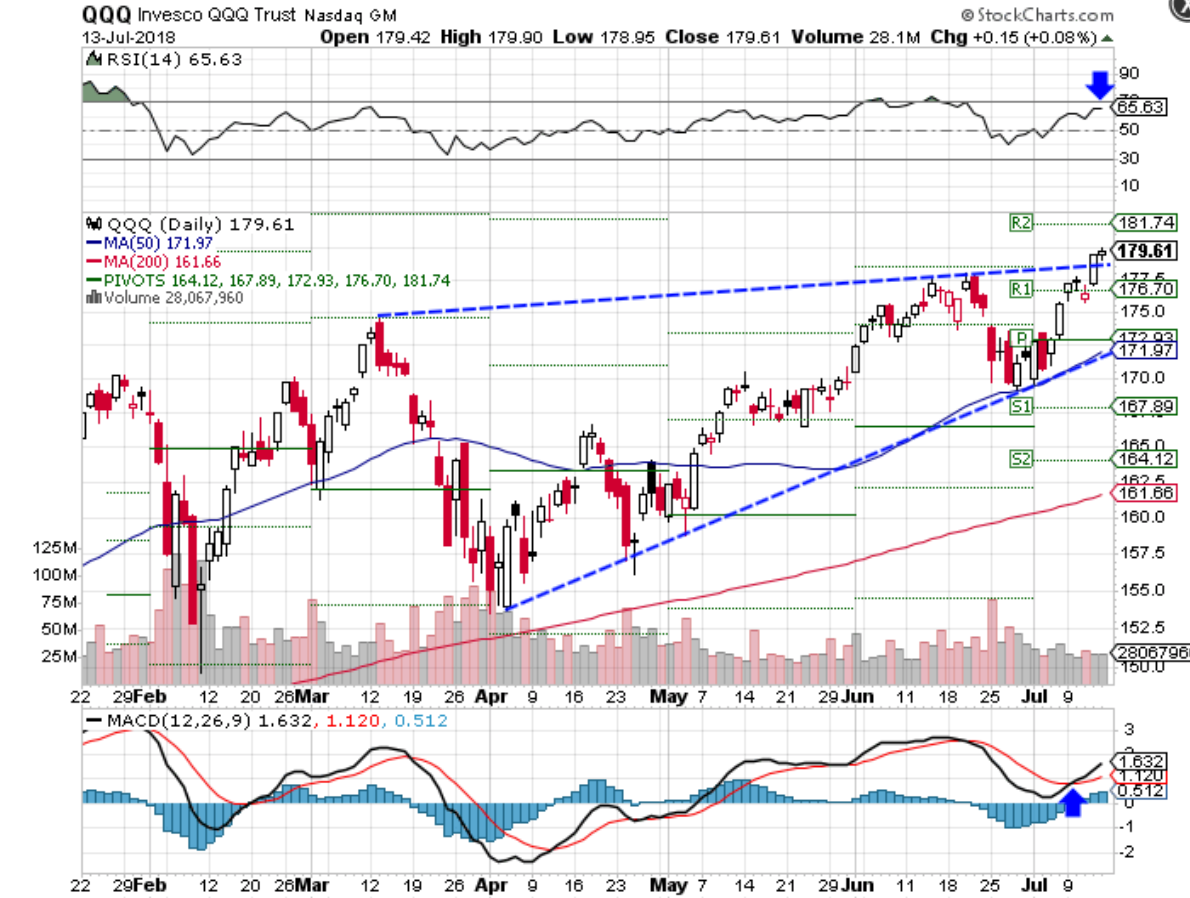 PowerShares QQQ Trust ETF (QQQ) shares broke out form upper trendline resistance to fresh all-time highs last week. The RSI remains lofty with a reading of 65.63, but the MACD experienced a bullish crossover that could signal more upside ahead. Traders should watch for a breakout to R2 resistance at $181.74 or a breakdown from trendline support to retest R1 support levels at $176.70 before a potential move higher. (See also: Tech and Media Biggest Value Creators in Last 5 Years: BCG.)

Small-Cap Stocks Give Up Ground 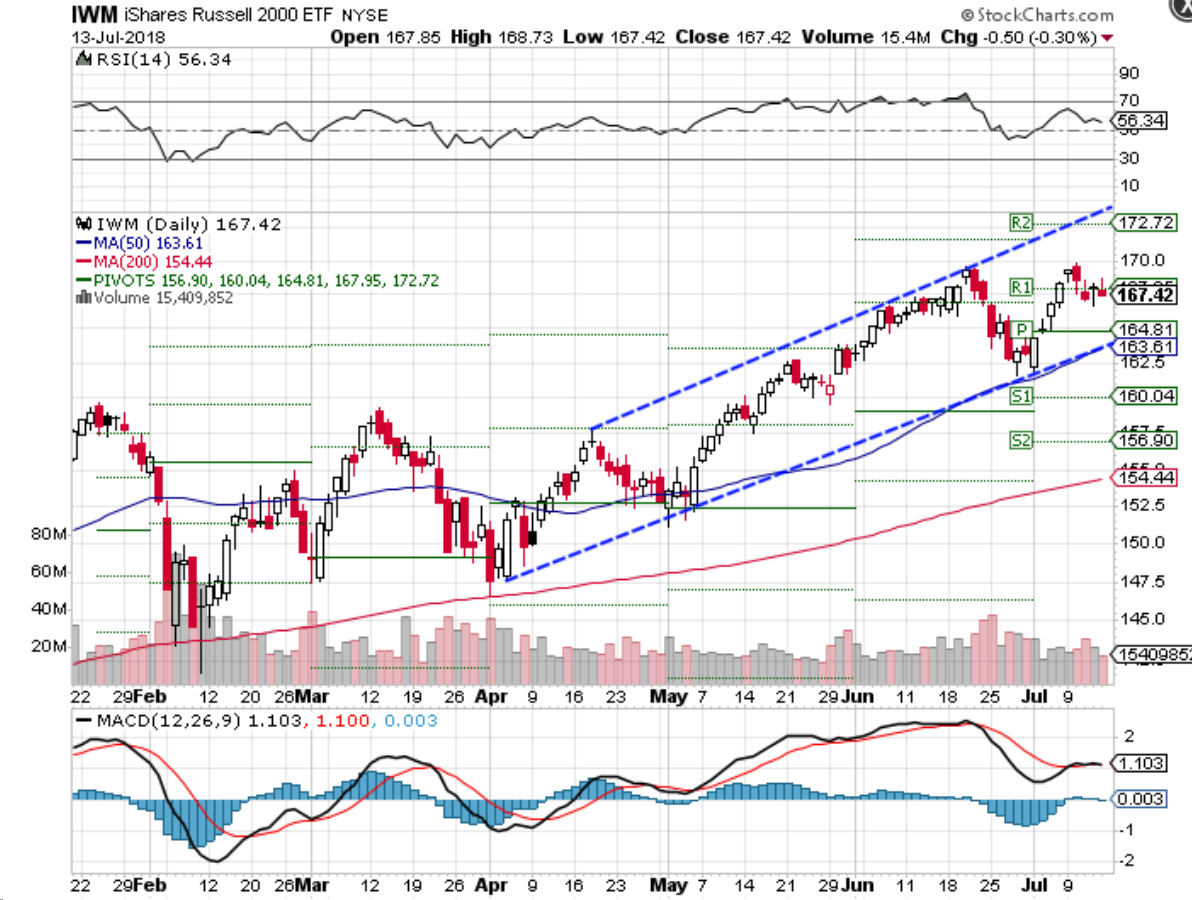 The iShares Russell 2000 Index ETF (IWM) shares moved lower over the past week to R1 resistance at $167.95. The RSI appears neutral at 56.34, but the MACD has been trending sideways over the past month, suggesting a lot of indecision. Traders should watch for a breakout from R1 resistance toward prior reaction highs at $170.00 or R2 resistance at $172.72 or a breakdown toward the pivot point, trendline and 50-day moving average support levels at around $164.00. (For additional reading, check out: 8 Micro-Cap Stocks That Are Beating the Blue Chips.)

Charts courtesy of StockCharts.com. The author holds no position in the stock(s) mentioned except through passively managed index funds.