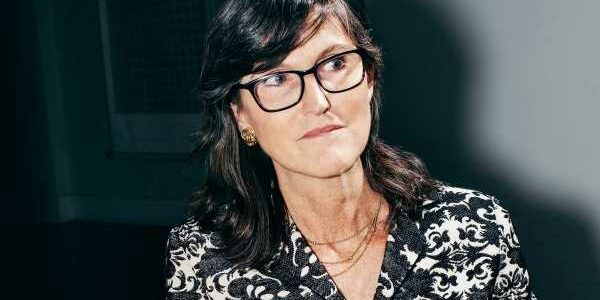 No wonder a private-equity firm was trying to seize control of Cathie Wood’sArk Investment Management.

Anyone could see her triple-digit returns, count the money pouring into her exchange-traded funds and witness her growing popularity on Twitter. Except Ark is much bigger and more profitable than it appears.

In addition to the $30.5 billion of assets in its seven ETFs, Ark manages accounts for retail and institutional clients as well as funds in non-U.S. markets. Its ETF revenue alone adds up to at least $225 million a year.

That puts Ark, founded in 2014, in a league with long-established firms such as Mario Gabelli’sGamco Investors Inc. and underscores the stakes in Wood’s fight withResolute Investment Managers. A month ago, she seemed helpless to stop Resolute and the private-equity firm behind it, Kelso & Co., from acquiring a majority stake in Ark. Now their dispute is headed toward an amicable resolution that leaves Wood in control.

“That has quieted down and we are in negotiations,” she said. “We wanted to be fair and square with our partner, and I think things will work out.”

The uncertainty hasn’t stopped Wood from posting some of the best numbers in the history of money management. Her $16.4 billion Ark Innovation ETF hasreturned 152% in 2020. Three other ETFs have more than doubled.

Most ETFs passively track an index or market. Ark’s are actively managed. Wood, 65, founded the firm expressly to invest in disruptive innovation. She and her 25-person team analyze trends and pick stocks according to five themes: artificial intelligence, robotics, energy storage, DNA sequencing and blockchain technology.

In August 2018, when the Innovation ETF had less than $2 billion of assets, Wood drew widespread skepticism as well as scorn on social media by suggestingTesla Inc. shares could hit $4,000 in five years. The stock has since surged more than 10-fold and split 5-to-1, giving Wood the aura of a market guru. While Tesla remains her top holding, health-focused stocks collectively comprise the largest bet in the Innovation ETF.

“Tesla’s still in the running, but I would have to say the biggest upside surprises are going to come from the genomic space,” Wood said in the interview. “That’s because the convergence of DNA sequencing, artificial intelligence and gene therapies, importantly Crispr gene editing, is going to cure disease.”

Wood was a believer in Bitcoin, too, and it powered some of the early gains in her funds. But after discovering an adverse tax rule, Ark decided it wasn’t appropriate for ETFs. Bitcoin, which hit $20,000 this week for the first time, is a 7% position in certain Ark separate accounts. Wood said she remains “extremely bullish.”

The idea for active ETFs based on disruptive technology first occurred to Wood while she was chief investment officer for global thematic strategies atAllianceBernstein Holding LP. ETFs traded all day and their assets were transparent. Plus, they were generally lower-cost and more tax-efficient than mutual funds.

She recalls then-CEO Peter Kraus being “very suspicious.” When her pitch was rejected, Wood quit to start Ark.

“We were quite the loss-making company, and I felt it acutely since I funded most of it for the first three years,” Wood said. “We built it. They did not come.”

With no background in ETFs and only $40 million of assets after 2 1/2 years, Wood needed a partner to distribute Ark’s products. That’s how Resolute entered the picture. In 2016, it acquired a minority stake, including an option to buy control.

Ark soon found its footing and Wood, together with her analysts, built a profile on Twitter, using it to post reports, videos and podcasts, stress test concepts and solicit feedback. She credits social media as the secret to much of Ark’s success.

“It has given us a competitive advantage because the compliance departments in other organizations will not let their portfolio managers or analysts talk about their research,” she said. “There’s a virtuous cycle at work here, and there’s also a bit of a viral network effect taking place.”

Wood said she’s confident her investments will return at least 20% annually, more than doubling over the next five years. As one of the few female CEOs in finance, Wood prizes her performance. She also points to it as advice for other women in her field.

“No one can take my track record from me, for better or worse,” Wood said. “If you build one over a long enough period of time and are successful, it’s usually a ticket to more success.”