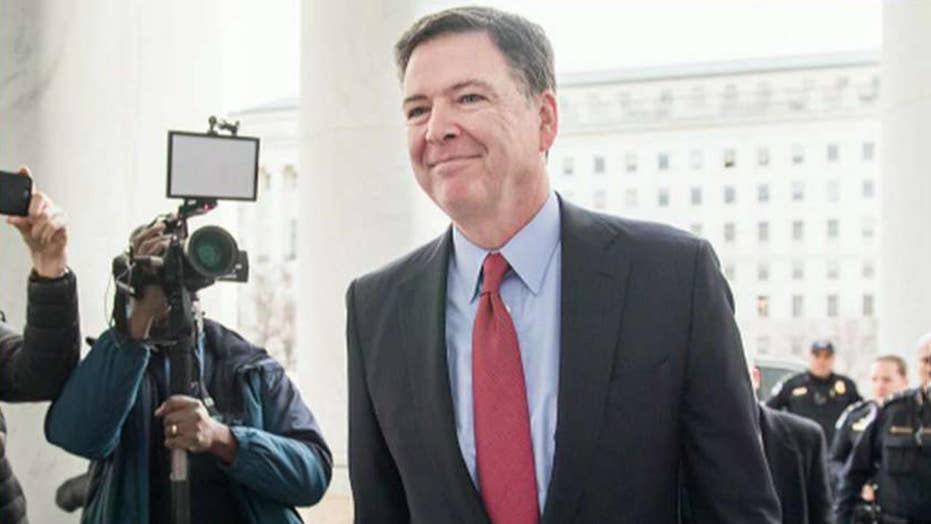 James Comey not out of the woods yet amid ongoing probes

"The Five" discussed former FBI Director James Comey's reaction to the Department of Justice's Inspector General report chiding him over memos of conversations with President Trump.

"James Comey shows you what happens with people in power — when they have the power and they lose their power, how they react," co-host Lawrence Jones said on Friday. "The fact that he did all of this, leaking and to harbor information just to get a special counsel is the most concerning."

The IG report, released Thursday morning, said Comey violated bureau policies by drafting, disseminating and retaining memos documenting discussions with Trump. But it also noted investigators “found no evidence that Comey or his attorneys released any of the classified information contained in any of the memos to members of the media.”

"I don’t need a public apology from those who defamed me, but a quick message with a 'sorry we lied about you' would be nice," Comey tweeted in response to the report.

Jones blasted Comey for his hypocrisy.

"The fact that he sold us this entire time, 'be careful that the institutions are going to be destroyed' but … he destroyed the FBI," Jones said.

Co-host Greg Gutfeld accused Comey of "chasing the spotlight" and blasted the media for painting him as a hero.

"The real jackasses in all of this are the media who painted him as a cross between Jimmy Stewart and Paul Revere when really he was just a conniving Forrest Gump chasing the spotlight," Gutfeld said. "The media pinned their hopes on him undoing an election and he was their tool, literally."

The Latest: Amazon says it's working to resolve glitches

British Airways Looks to the U.S. for Profitable Growth

The Latest: US signs up to bring power to Papua New Guinea
Markets
Industies News