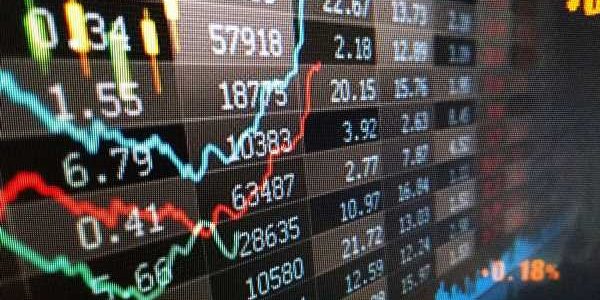 Back in January, a bunch of chat-room denizensgot it in their heads that they could rev up returns in a stock portfolio by corralling options dealers to their side. It’s starting to seem like they were on to something.

Whilenot new and a long way from risk-free, the strategy celebrated in the Reddit forum r/wallstreetbets is at least fairly simple. Spend some money on bullish calls on shares you own in hopes of forcing the sellers to purchase the same stock as a hedge. An ensuing feedback loop drives everything higher, or so the theory goes.

Now, by happenstance or design, something like this appears to be happening on a grand scale in U.S. technology shares, dialing up a blistering rally — and possibly worsening last week’s decline. Armies of mom-and-pop traders have piled into options with gusto. More recently SoftBank Group, the Japanese conglomerate, bought large positions in contracts tied to megacap tech shares.

The Financial Timesreported Sunday that over the last few months SoftBank has rung up unrealized profits of about $4 billion from options bets tied to about $30 billion worth of stock. The positions were taken at the instruction of founder Masayoshi Son, the FT said. A message sent to SoftBank’s press office wasn’t immediately returned.

“This entire summer has been about the public being right, early and often, and institutions piling in after,” said Julian Emanuel, chief equity and derivatives strategist at BTIG, who sees the options bets stoking market volatility. “The public is trapped long and institutions are trapped long and the snowball that was pushed very quickly up the hill and got big is now at risk of becoming an avalanche.”

While SoftBank made headlines for its boldness, several analystsnoted its heft remainsrelatively small compared with the rest of the market. A bigger influence is retail investors — a constituency that goes far beyond the Reddit crowd — who have shelled out $40 billion in call premiums in a month, data from the Options Clearing Corp. compiled by Sundial Capital’s Jason Goepfert show. The total dwarfs SoftBank’s reported outlay.

Evidence of the downside risks were on display Thursday and Friday, when at one point the Nasdaq 100, dominated by megacap tech, tumbled 10%. Scott Bauer, chief executive officer at Prosper Trading Academy in Chicago, says it’s conceivable SoftBank jumped on the bandwagon after witnessing retail investors gobbling up contracts all summer. Whoever started it, he says, last week shows nothing works forever.

“There’s no foolproof strategy, that’s for sure,” Bauer said. “You get the Robinhood traders, the new traders, that have not ever experienced volatility or anything like this, and they have blinders on, quite frankly. This is their first dose of reality of what could happen in a market where things don’t go up, up, up.”

Whether it’s one buyer or many, options volume has exploded in popular megacap tech stocks such as Facebook Inc., Amazon.com Inc., Netflix Inc. and Alphabet Inc. Total open interest in the so-called Faang group has surged at one of the fastest clips ever, with the lion’s share of the action in bullish calls — an unusual event since put buying generally outstrips calls as traders hedge against downturns.

Correlation isn’t causation, and tech stocks could of course have surged without any options froth. But, of late, it’s become difficult to disentangle the two.Amazon’s call volume averaged 146,000 in the 30 days through Wednesday, nearly a record, over a stretch when the stock jumped 9%.Apple Inc. calls averaged more than 3 million per day, the most in six years, while the stock rallied 24%.Tesla Inc.’s daily call volume headed toward 2 million while the shares climbed 28%.

While some analysts saw trades that almost certainly were placed by giant investors like SoftBank, most of the volume has been in lots so small that it suggests individuals are behind them, says Goepfert. Steve Sosnick, chief strategist at Interactive Brokers, sees evidence of tiny traders adapting the r/WSB play book.

“There is definitely demand from small investors who began to see this as a money machine,” Sosnick said. “Buy calls as a leveraged bet on a stock that does nothing but go up, rinse, repeat. But I also think larger funds got into the game, either for the same reasons or because they were big enough to force market makers and other sellers to cover.”

This isn’t the first time the WSB crowd has flexed its muscle in stocks and options. Before the spread of Covid-19 sent stocks spiraling into a bear market, speculative firms like Plug Power Inc., Virgin Galactic Holdings Inc. and Tesla were all the rage in the forum. In a 14-day span leading up to Feb. 20, Virgin Galactic’s daily call volume rose 30-fold as the price of the stock doubled. Plug Power call volume rose 20-fold in five days as the stock surged almost 30%. On average, more than 2 million Tesla calls traded a day in the 30 sessions leading up to mid-February — a record — as shares of the carmaker rallied 40% in less than a month.

Emanuel of BTIG agrees with Sosnick, saying he saw signs that hedge funds, which were initially skeptical of the tactic, eventually piled in. (“Delta” and “gamma” are terms for option price drift that dealers often seek to offset by buying or selling the underlying stock.)

“What we’ve thought all throughout August as volatility and stocks rose in tandem is that the public buying of short-dated calls throughout the summer led to institutional buying,” he said. “Which in turn led to dealers having to hedge their short gamma (the calls they had sold the public and other large players), creating more stock to buy the higher the stocks ran. Classic momentum/short gamma snowball effect, which the public exacerbated, blissfully unaware.”

— With assistance by Sarah Ponczek, and Elena Popina