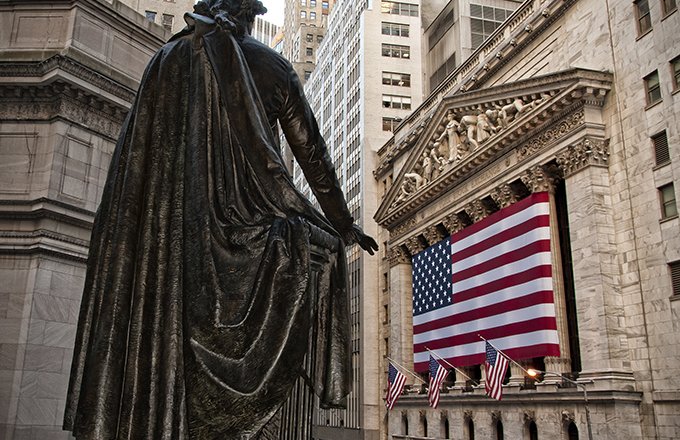 A prolonged U.S. trade war with China and Europe would dent global economic growth and force investors to reassess the profitability of U.S. companies, some of the biggest hedge funds and private equity investors in the United States warned at an investment conference on Wednesday.

Hedge fund manager Kenneth Griffin, who runs $30 billion Citadel, said at the CNBC Institutional Investor Delivering Alpha Conference that tariffs are “damning to consumers, to companies, and to capital formation.”

Earlier this month the United States and China slapped tariffs on $34 billion of each other’s imports in an escalating trade tussle that has roiled financial markets. The United States has raised the stakes in the dispute, threatening to slap 10 percent tariffs on an extra $200 billion worth of Chinese imports, including numerous consumer items.

Griffin and the other investors sounded a nervous message on U.S. trade policies as many big investment firms this month prepare to release quarterly earnings reports that could eventually be impacted by the growing friction.

Howard Marks, co-chairman of $121 billion Oaktree Capital Group Llc, said tariffs and trade wars are now “real issues” a mere eight months after no one listed them as key problems for investors.

And Jonathan Gray, president and chief operating officer at $449 billion Blackstone Group LP, said trade tensions, particularly with China, pose “risks for all of us as investors.”

The money managers all spoke at the conference on Wednesday, two days after Laurence Fink, who runs $6.3 trillion investment firm BlackRock, warned that deepening trade friction could sufficiently unnerve investors to send markets tumbling as much as 15 percent.

U.S. President Donald Trump is largely perceived on Wall Street as a pro-business leader but his hard-line stance on trade could jeopardize economic gains created by his tax cuts, investors said.

“A prolonged trade war will slow global growth,” Griffin said at the conference. “We don’t want to be with the tariffs,” he added, saying they could hurt U.S. companies’ ability to compete around the world. Investors might reassess the profitability of U.S. companies that would be hurt by the tariffs, the speakers at the event said.

Gray said there were big issues at stake but sounded a more optimistic note that differences could be resolved. “There is a collective self-interest to try and resolve this,” he said.

While some investors had hoped Kudlow might use the occasion to dial back some of Trump’s rhetoric and calm Wall Street’s nerves, he backed his boss fully.

Although he told the audience of institutional investors and hedge fund managers that he is not a “big fan of tariffs,” he added he has long been a critic of China’s policies.

Kudlow said the ball is now in China’s court but noted that President Xi Jinping is not ready to compromise and is “holding up the game.”

“At the moment the trade negotiations are kind of stalled,” he said, noting he thinks the “president is doing exactly the right thing.” (Reporting by Svea Herbst-Bayliss in New York Editing by Jennifer Ablan and Matthew Lewis)