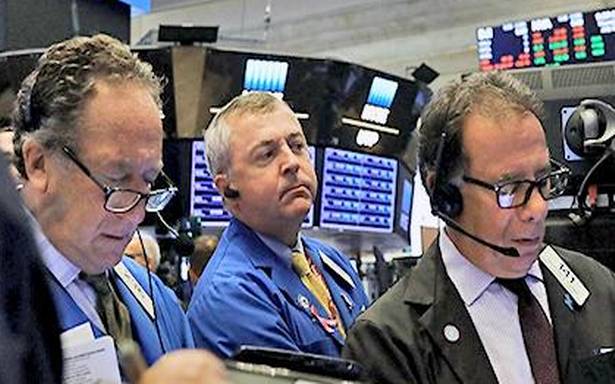 As the U.S. ramps up import tariffs and long-date Treasury yields remain low, stocks in so-called defensive sectors may have room to run higher in price, even though expectations for the current quarterly earnings seasons are high.

Stocks in defensive sectors, which generally pay steady dividends and have steady earnings, languished for the first months of 2018. Utilities, real estate, telecommunications and consumer staples all saw their stocks fall into early June even as the U.S. benchmark S&P 500 index rose more than 4%. But over the past 30 days, two of those sectors have led the S&P 500 in percentage gains as geopolitical risk has risen.

Utilities have jumped 7.7%, real estate has gained 3% and consumer staples have risen 2.5%. All have outperformed the S&P’s 0.4% advance.

By contrast, shares in several cyclical sectors, which tend to rise as the economy grows, have dropped over the same period. Industrials have slumped 3.9%, while materials have slid 3.6% and financials have fallen 2.7%. Several conditions have supported a rotation into defensive stocks, investors said. They tend to perform better when interest rates are low, and they have risen as yields on the 10-year Treasury note have retreated from the 3% mark since early June. A burgeoning U.S. trade war with China and the European Union has also led investors to seek stability. The White House has proposed 10% tariffs on $200 billion more of Chinese goods.

Consumer staples stocks also got a boost on Monday after PepsiCo Inc. reported better-than-expected quarterly results. Seven out of 25 of the S&P 500 consumer staples companies have reported so far, and of those, 86% have beaten analyst estimates for revenue and profit. Generally, staples and other defensive areas lag the other S&P 500 sectors in revenue and earnings growth.

Some market watchers have begun to recommend portfolio adjustments in anticipation of a downturn.

On Monday, Morgan Stanley’s U.S. equities strategists upgraded consumer staples and telecom stocks to an “equal weight” rating, after raising utilities to “overweight” in June. They downgraded the technology sector, which accounts for more than a quarter of the weight of the S&P 500, to “underweight.”

“We expect the path to be bumpy for the next few months,” said Keith Lerner, chief market strategist at SunTrust Advisory Services, which in May added exposure to real estate stocks. “Having some dividend strategies is likely to be a nice ballast.”

Few investors believe the end of the bull market is imminent though.

Some said the gains in defensive sectors are bound to be short-lived as strong corporate earnings and continued economic strength boost market sentiment. Others believe recent tensions between the U.S. and China over trade will be resolved by the autumn as the U.S. midterm elections approach.

“We have solid earnings growth, and we have an economy that continues to march down the path of acceleration,” said Emily Roland, head of capital markets research at John Hancock Investments. “Those [defensive] sectors are not attractive to us.”