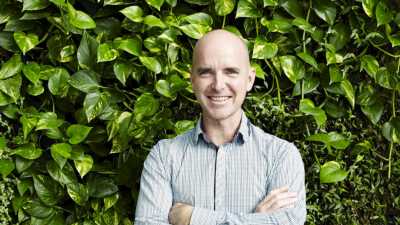 Last year Jock Gammon added "breathing" walls to a concrete carpark and now he has his sights set on freshening up freeways across the country.

"We’re in a pretty exciting industry, because most of the projects have never been done before. Our ethos is about innovation and creativity," the co-founder of Sydney startup Junglefy says. 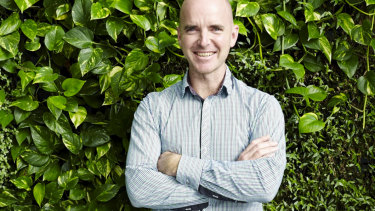 Junglefy adds greenery installations to buildings and public spaces and has been involved in high-profile projects including the greenery walls at Sydney's One Central Park.

The business is now partnering with the University of Technology Sydney to develop "breathing walls", plant banks designed to withstand pollution and help improve air quality.

Last month the New South Wales government chipped in $100,000 in grant funding to test the greenery walls along the M2 and Eastern Distributor roads, in a partnership with Transurban.

It's a project the business believes could be the first of many.

Gammon and his wife Hanna launched Junglefy in 2009, inspired to change urban locations after "having three young boys and seeing where the state of our cities are going".

These days the company is running 12 separate projects at once and turning over $7.5 million.

It's a sector the team have seen bloom as higher density living and apartment projects have sprung up across the nation.

Australia's landscaping services and design sector is worth $6 billion and will see accelerated growth over the next five years, with non-residential building construction like office spaces driving demand. 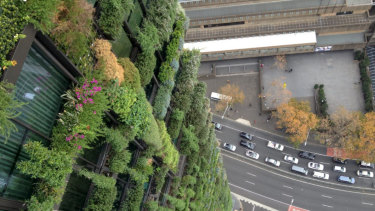 One Central Park development in Sydney.

One of the biggest challenges in the face of this demand is persuading clients that green installations need to be taken care of.

"We’ve had projects where the client didn’t want to spend money on irrigation: they were relying on tenants to water the plants," Gammon says.

"But people are poor on time at the best of times."

Developers are looking beyond plants too. The apartment boom in Melbourne has created new canvases for art and design, though some businesses say it's been a gradual process to convince developers and councils of the opportunity.

I feel like the municipal leaders have been fairly slow to embrace the potential for large scale artworks.

"I feel like the municipal leaders have been fairly slow to embrace the potential for large scale artworks. A lot gets wasted on concrete treatments or steel, or cladding – which really doesn't add anything to the neighbourhood," says Juddy Roller director Shaun Hossack.

The street art consultancy is behind some of the most famous murals in Australia, including the tallest mural in the Southern Hemisphere on the Collingwood housing estate site.

Juddy Roller has grown to manage projects approaching the million-dollar mark and having completed many projects across regional Australia, Hossack believes Australia's cities can benefit from some colour.

"We went regional for many reasons but one was the opportunities were easier to come by. Now that we've proved the power of street art, we think it's time to come back in [to cities]," he says. 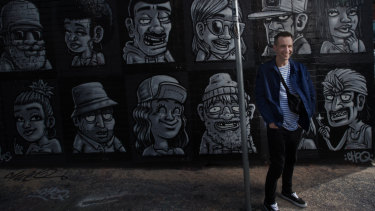 Development in Melbourne has been disappointing over the past decade because of an over-reliance of similar designs, Hossack says.

"Having lived and worked in Fitzroy for the last 10-15 years, it’s a bit sad to see the landscape," he says.

There's a renewed appetite from developers to start fitting artworks into designs first, rather than trying to add colour in later, Juddy Roller has found. 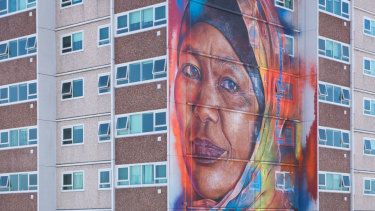 "If it’s a forethought rather than an afterthought, that would be huge," Hossack says.

"As an organisation, we're only just seeing the tip of the iceberg."

The Good News That Most Investors Overlook

The 6 Traits That Make a Rule Breaker

An ETF That Tracks the Hedge Fund Industry’s Heaviest Hitters