Warren Buffett finally got rid of his flip phone

Hong Kong (CNN Business)Warren Buffett is ushering in his nineties with big bets on Japan.

Berkshire Hathaway (BRKA), the American billionaire’s industrial and insurance conglomerate, on Sunday announced that it has purchased stakes in Japan’s five leading trading companies. The stakes are worth roughly 5% each, and have a combined value of $6.7 billion based on the companies’ share prices Monday.
The five firms — Itochu (ITOCF), Marubeni (MARUY), Mitsubishi (MBFJF), Mitsui (MITSY) and Sumitomo (CMTDF) — are known as “sogo shosha,” or “general trading companies,” in Japan. They play a vital role in the country’s economy, dealing in a wide range of industries, including energy, technology and manufacturing. 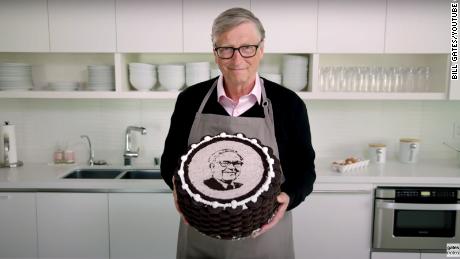 “I am delighted to have Berkshire Hathaway participate in the future of Japan and the five companies we have chosen for investment,” Buffett said in a statement, noting that the firms have worldwide business partnerships. “I hope that in the future there may be opportunities of mutual benefit.”
Berkshire said that it bought the holdings over the last year through regular purchases on the Tokyo Stock Exchange.

Japanese companies have not always welcomed foreign direct investment and some, such as New York hedge fund Third Point’s stake in Sony, have turned contentious. But Buffett is a household name in Japan and books about his legendary investment style have been mainstays in Japanese bookstores for years.
The companies’ stocks surged on the news, popping between 4% and 10% in Japan. The benchmark Nikkei 225 (N225) surged more than 1% as of Monday afternoon.
Berkshire said it intends to hold onto the investments for the long haul, adding that it may increase the size of its holdings to as much as 9.9%.
The stakes are among Berkshire’s most notable inroads in Asia. It also has a major stake in BYD (BYDDF), the largest electric vehicle maker in China.
It’s also a sign of how Berkshire may be trying to hedge against a weak US dollar, according to Stephen Innes, chief global market strategist for AxiCorp, a Sydney-based financial services firm. 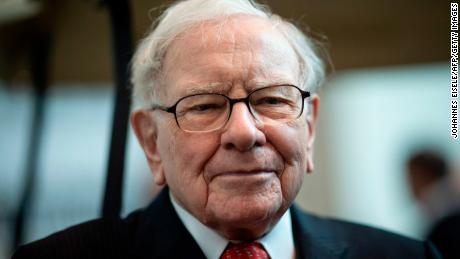 Innes pointed out that Berkshire earlier this month revealed that it had bought a stake in Barrick (GOLD), a Canadian gold mining firm that is one of the world’s most valuable. Gold prices have benefited from the US dollar’s weakness this year, rising to all-time highs.
As the world continues to work toward recovery from Covid-19, Innes said, the Japanese trading houses that Berkshire is now investing in “will be a hot commodity,” as they deal in the trading of resources.

“They will be the conduits to stoke Japan’s economic engines,” he added.
— Kaori Enjoji contributed to this report.
Source: Read Full Article