Westpac rules off its financial year at the end of this month, and some time after that, its accounts will be presented to the bank’s Lindsay Maxsted-chaired board of directors. That will be the 12th annual result presented to a board that includes Maxsted, who has been a director of Westpac since March 2008, and chair since late 2011.

He is the longest-serving big four bank chairman by some margin and is likely to move on from the job between now and when his current term as a director expires late next year. That sets up an interesting succession question, which is of wider significance in the post-royal commission world facing banks. 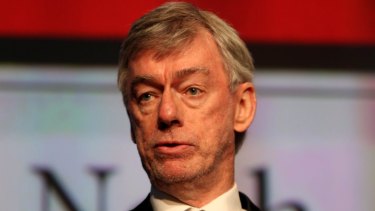 As trust in banks has eroded in recent years after a run of scandals, what does that mean for what's expected from big bank chairmen? And does the royal commission change the types of people we are likely to have sitting around these boardrooms?

For all the challenges facing banks, chairing a big four remains one of the most coveted roles in the business world, with a pay packet of about $800,000 to match. Yet alongside the power and prestige of such roles directors say it's also a job that has changed significantly, as politicians, regulators and the community have rightly upped the pressure on banks to lift their game.

Sceptics would counter that the royal commission's ultimate message to boards could be boiled down to three simple and hardly revolutionary words: "Obey the law."

But whatever your perspective, there's little doubt the royal commission led by former High Court judge Kenneth Hayne has created waves in boardrooms of banks, and indeed of most other big companies.

As well as claiming scalps such as outgoing NAB chairman Ken Henry and former AMP chairman Catherine Brenner,  Hayne's harsh spotlight forced all directors to confront serious shortcomings in the institutions they oversee. There is even a new acronym to describe some of the most glaring trouble spots: GCRA (governance, culture, remuneration and accountability).

How then, might bank boards and chairs change in response to the wake-up call?

Well, an obvious place to start would be to target greater diversity, including of gender, in the types of people who sit around the board tables some of our largest financial institutions.

Bank boards still need deep expertise in finance, but many say the gene pool of Australian directors is too small. If they are to live up to community expectations, bank boards probably need more than the standard mix of a former lawyers, accountants, bankers and top public servants. Technology experience is becoming increasingly crucial, reflected in appointments such as that of Commonwealth Bank non-executive director Professor Genevieve Bell, a cultural anthropologist, technologist and futurist who joined CBA's board this year.

Moreover, bank boards need people who understand what the regulators call "non-financial risks." These might be the risks of selling a product that is lucrative but of dubious value to customers, or paying incentives to staff that encourage aggressive sales tactics, or an excessive focus on the bottom line.

A key lesson of the last few years is that these "non-financial" risks are anything but, once you consider the billions in compensation that can arise in the future.

The boards of banks — and their chairperson — have been given a blunt reminder that they need to have in place policies and reporting systems covering this vast field of governance and cultural risks. As these are institutions with tens of thousands of staff, and millions of customers, the directors can't be across all the problems that come up. But as former head of BT Australia Rob Ferguson put it this week, they need to have systems to ensure the top brass know when the bank has "stubbed its toe".

Fundamentally, bank boards need people with a strong understanding that banks are privileged to be given a "social licence". They need people who can ask sceptical questions of management and are keenly aware of the competing interests of shareholders, customers and the wider community. 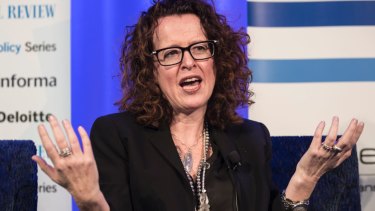 Westpac's eventual choice of a replacement for Maxsted, a former insolvency partner and chief executive who also chairs Transurban and is on the board of BHP, will be an interesting test for the country's oldest bank.

The lender, which declined to comment for this article, has a high-powered board that is hardly short of financial expertise. There's former ANZ Bank chief financial officer Peter Marriott and former Morgan Stanley Australia chief executive, Steven Harker, to name a couple. Former AMP chief executive Craig Dunn is also on the Westpac board, but would seem an unlikely chairman after copping a 35.6 per cent vote against his re-election last year.

It's also worth noting that two of the big four chairs, ANZ's David Gonski and CBA's Catherine Livingstone, had little or no time on the bank's board directly before being elevated to the top job.

Gonski was appointed as chairman from outside the board (though he had previous been an ANZ director), while Livingstone joined CBA’s board only seven months before her appointment as chair. NAB's next chairman Phil Chronican had been on NAB's board since 2016, though his rise to the chair's role this year was more of an emergency measure following Henry's shock departure.

Whoever Westpac eventually picks to succeed Maxsted, they will need to be someone with a keen understanding that to be successful lenders need to do more than make bucket loads of money for their shareholders.

Ross Gittins is on leave.

Next generation of biotech food heading for grocery stores

Why Amazon is the ‘Roman Empire’ of the retail world