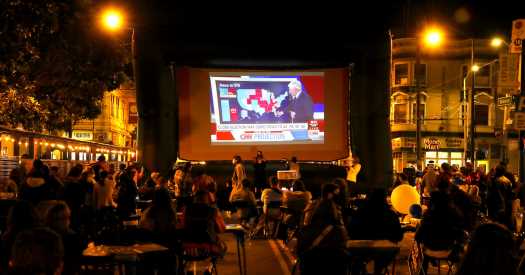 ‘A Black Eye’: Why Political Polling Missed the Mark. Again.

As politics becomes a high-stakes spectator sport, pollsters are reviewing their latest failures. But is part of the problem the public’s overly high expectations of precision?

Senator Susan Collins did not lead in a single publicly released poll during the final four months of her re-election campaign in Maine. But Ms. Collins, a Republican, won the election comfortably.

Senator Thom Tillis, a North Carolina Republican, trailed in almost every poll conducted in his race. He won, too.

And most polls underestimated President Trump’s strength, in Iowa, Florida, Michigan, Texas, Wisconsin and elsewhere. Instead of winning a landslide, as the polls suggested, Joseph R. Biden Jr. beat Mr. Trump by less than two percentage points in the states that decided the election.

For the second straight presidential election, the polling industry missed the mark. The miss was not as blatant as in 2016, when polls suggested Mr. Trump would lose, nor was the miss as large as it appeared it might be on election night. Once all the votes are counted, the polls will have correctly pointed to the winner of the presidential campaign in 48 states — all but Florida and North Carolina — and correctly signaled that Mr. Biden would win.

But this year’s problems are still alarming, both to people inside the industry and to the millions of Americans who follow presidential polls with a passion once reserved for stock prices, sports scores and lottery numbers. The misses are especially vexing because pollsters spent much of the last four years trying to fix the central problem of 2016 — the underestimation of the Republican vote in multiple states — and they failed.