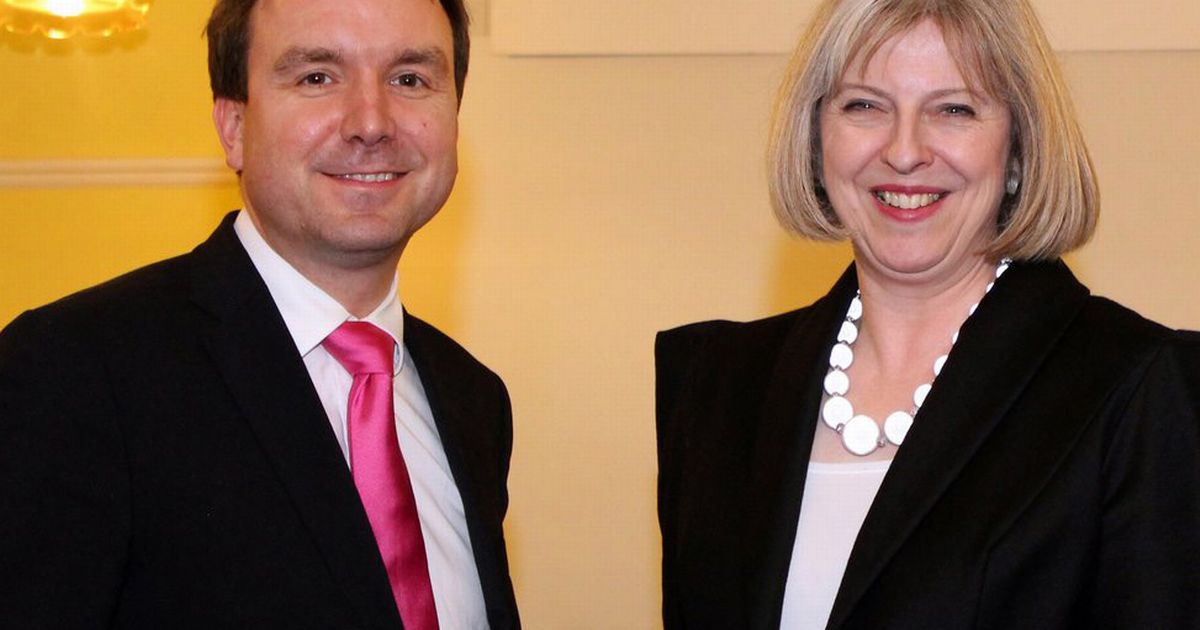 The small business and consumer minister did not feature on the spreadsheet of 40 sex pest MPs WhatsApped by Tory staffers last year.

And it was revealed former Cabinet minister Stephen Crabb messaged “sexual chatter” to a 19-year-old woman who hoped to work for him. He was later cleared of harassment.

Meanwhile the mild-mannered Mr Griffiths outwardly went about his business quietly and efficiently, the very embodiment of the diligent but dull public servant.

No one suspected that inside he was a seething cauldron of sadistic sexual desire. That news was broken to Conservative HQ on Friday afternoon in an email from this newspaper.

It was forwarded to Number 10 and Chief Whip Julian Smith. Even Mr Smith, no stranger to the sordid secrets of his MPs, was shocked.

Late that night Mr Griffiths quit but it was not made public. Crisis meetings were convened in Downing Street. Theresa May was informed.

The official reason for Mr Griffiths going was breaching the code of standards in public life. Along with the ministerial code they are Whitehall’s catch-all for getting rid of misbehaving ministers. Or, in Mr Green’s case, just ministers who behave stupidly. He found himself fighting on two fronts when writer Kate Maltby claimed he had touched her knee in 2015 and sent her a suggestive text message the following year. As other Whitehall officials were brought in on the Griffiths secret on Saturday morning there were reactions of horror.

One said: “When we realised it was a couple of thousand texts we wondered how he’d ever found time to fit in small businesses.”

Another said: “I didn’t think I’d led a sheltered life but this was a real eye-opener. Absolutely shocking.” Women MPs will be furious there’s another man who makes deviant demands in their midst.

Commons leader Andrea Leadsom is chairing a committee to clean Parliament of pests. In the worst cases MPs will be suspended or drummed out.

Others will be told to have specialist training to address their behaviour. But with one in five of Westminster’s workforce reporting they have been sexually harassed, confidence in the scheme working is not high. The only female MP who will be relieved by the manner of Mr Griffiths’ resignation is Mrs May.

At least it was not another minister quitting over Brexit .